Last Friday the Confederate flag came down in South Carolina, the result of a national debate prompted by photos of Charleston shooter Dylann Roof proudly holding that flag.

I fully support the exclusion of the Confederate flag from public life. It’s a symbol of hatred, violence, and divisiveness that has no meaningful place in modern American society. When a symbol becomes a constant reminder of the worst of human behavior, when it instils fear and incites violence, when it divides and provokes, then it’s time to relegate it to the dustbin of history.

But amid all the hullabaloo over the Confederate flag, we’re ignoring a far more important issue. How is it that nine innocent people can be brutally gunned down by someone who shouldn’t have had a gun in the first place, and we end up talking more about a flag than the murder weapon?

The decision to ditch the Confederate flag is a small concession that, though symbolically important, overshadows the far more significant issue of gun violence in America. We’re living through an alarming rise of gun-related violence, yet as a society we remain frustratingly divided on the issue of guns.

Why haven’t the shootings in Aurora, Oak Creek, Newtown, Charleston, and myriad other locales across the United States spurred us to action?

Why aren’t Americans united in an effort to pass tougher gun laws, to plug legal loopholes, to develop better mental health resources, and to end the epidemic of gun violence?

And why aren’t Christians leading that charge? Christians claim to follow Jesus, the man who commanded us to “love your enemies and pray for those who persecute you,” (Mat. 5:44) and “do not resist an evil person. If anyone slaps you on the right cheek, turn to them the other cheek also.” (Mat. 5:39)

Why, in seeming direct opposition to those commands as well as other biblical calls to peace, are so many Christians so willing to lend their voices and their money to the pro-gun movement?

I realize there are responses to these questions, ranging from the naive and self-serving prooftexting of Luke 22:36 — “Jesus told us to arm ourselves!” — to the complex history of religions and politics in America. But I’m not simply looking for explanations, I’m looking for answers, for a way forward out of the mess we’ve gotten ourselves into.

It’s been three weeks since Walmart, Amazon, eBay, and Sears all announced that they were going to stop selling Confederate flag merchandise. What major businesses are leading the charge for more sane gun laws? Where is the public outcry against the arms industry? When will we face this issue head-on?

I’m happy the Confederate flag is fading into the sunset of American history. I’ll be even happier when guns and gun violence follow it.

“Glad we got rid of one flag, but there are still three hundred million guns.”
— Andy Borowitz 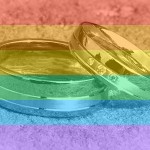 July 13, 2015
Marriage Equality — What Have Christians Lost?
Next Post 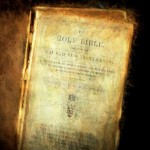 July 17, 2015 Your "Deeply Held Religious Belief" Isn't Biblical
Recent Comments
0 | Leave a Comment
"6 Bible results for "be kind":2 Chronicles 10:7They replied, “If you will be kind to ..."
Jim E Jones Seven ways Christians blow it
"Uh...no?"
Tiny J Seven ways Christians blow it
"GOd came to save us from eternal separation from God by dying on a cross?Do ..."
Bones Did Jesus speak more about Hell ..."
"Eternal separation from God"
SPH Did Jesus speak more about Hell ..."
Browse Our Archives
get the latest from
Progressive Christian
Sign up for our newsletter
POPULAR AT PATHEOS Progressive Christian
1