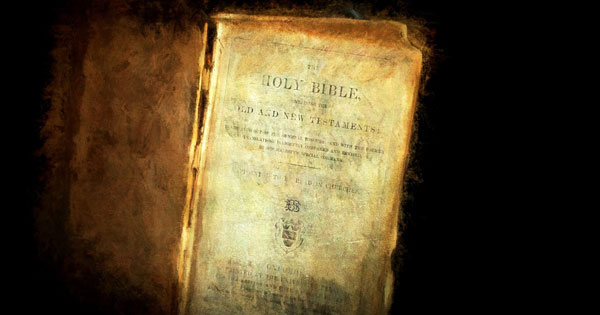 Most of us know the story. An Oregon bakery was found guilty of discrimination and ordered to pay $135,000 in emotional damages for refusing to make a wedding cake for a gay couple, the business owners claiming that such an act would violate their “religious beliefs” against gay marriage.

The phrase “deeply held religious beliefs” has taken center stage in several recent legal battles — most notably in the Hobby Lobby birth control case, and again when a photographer in New Mexico refused to photograph a gay wedding.

The more I hear the words “deeply held religious belief,” the more uneasy I feel. I wasn’t sure why until I had read through the umpteenth article on the subject. And that’s when I realized that the so-called “beliefs” being defended aren’t actually rooted in scripture.

The verse that nearly all of these Christians cite in support of their behavior is Romans 1:32, claiming that it says God not only judges people who sin, but also those who simply approve of sin.

First of all, there is absolutely nothing in the Bible that says selling someone a product in the course of legal business shows approval of the buyer’s lifestyle or behavior. Nothing.

Second, that’s not what the scripture even says. Here it is, in context:

“Furthermore, just as they did not think it worthwhile to retain the knowledge of God, so God gave them over to a depraved mind, so that they do what ought not to be done. They have become filled with every kind of wickedness, evil, greed and depravity. They are full of envy, murder, strife, deceit and malice. They are gossips, slanderers, God-haters, insolent, arrogant and boastful; they invent ways of doing evil; they disobey their parents; they have no understanding, no fidelity, no love, no mercy. Although they know God’s righteous decree that those who do such things deserve death, they not only continue to do these very things but also approve of those who practice them.”— Romans 1:28-32 NIV (emphasis added)

So these verses are only describing one group of people: those who commit the sin are also the ones approving of the sin.

Even though the chapter ends with verse 32, that is not the end of the passage. Paul’s point continues through Romans 2:

In these passages, Paul is addressing Jews in Rome. These Jews were claiming that their salvation was assured because they were circumcised and had the revelation of the Law. As a result, they were passing judgment on their Gentile brothers, turning up their noses every time they stumbled.

But Paul calls the Jews out, stating that their knowledge of the Law and their self-righteous attitude won’t save them since they are engaging in the exact same depravity that condemns the Gentiles. He shatters their preconceived notion of safety, revealing that God will eventually judge every person according to their deeds – without partiality.

So Romans 1 is about hypocritical judgment, not “passive approval.”

For those still inclined to argue, I point to Matthew 5, Christ’s Sermon on the Mount. This is the same passage wherein Christ mandates love for enemies. But it’s the preceding few verses that really demand attention:

“You have heard that it was said, ‘Eye for eye, and tooth for tooth.’ But I tell you, do not resist an evil person. If anyone slaps you on the right cheek, turn to them the other cheek also. And if anyone wants to sue you and take your shirt, hand over your coat as well. If anyone forces you to go one mile, go with them two miles. Give to the one who asks you, and do not turn away from the one who wants to borrow from you.”— Matthew 5:38-42 NIV (emphasis added)

So if giving someone something that they ask for shows approval for their sin, then Jesus just commanded his followers to approve of extortion, abuse and kidnapping.

And this scripture goes much further than just selling someone a product for profit. Jesus is talking about giving freely to people whose actions we wouldn’t approve of – above and beyond what they ask for!

“If your enemy is hungry, feed him;
if he is thirsty, give him something to drink.
In doing this, you will heap burning coals on his head.”— Romans 12:20 NIV

But don’t take his photograph or sell him a wedding cake. That’s a step too far. Said no Bible ever.

And where does it end? Can a furniture store refuse to sell a gay couple a bed because they might sleep together in it? Can a banker deny a gay couple a home loan because they’ll live together in the same house? Not to mention the hypocrisy of this “religion”-based discrimination: tell me that baker never made a wedding cake for an adulterer who abandoned his or her spouse to marry an extra-marital lover.

My “deeply held religious belief” is that Jesus meant what he said. And if it’s not in the Bible, I don’t have to believe it.

July 20, 2015 Why I'm a Christian Who (Still) Supports Planned Parenthood
Recent Comments
0 | Leave a Comment
"6 Bible results for "be kind":2 Chronicles 10:7They replied, “If you will be kind to ..."
Jim E Jones Seven ways Christians blow it
"Uh...no?"
Tiny J Seven ways Christians blow it
"GOd came to save us from eternal separation from God by dying on a cross?Do ..."
Bones Did Jesus speak more about Hell ..."
"Eternal separation from God"
SPH Did Jesus speak more about Hell ..."
Browse Our Archives
Related posts from Unfundamentalist Christians