Speak the Truth in Love 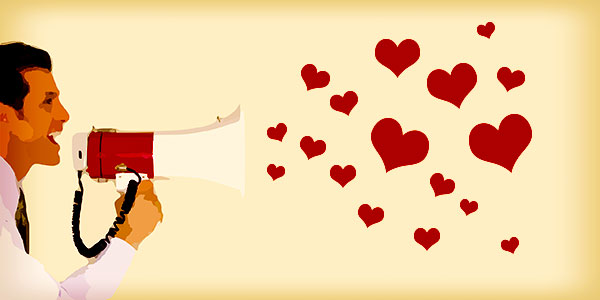 “Speak the truth in love” is a phrase that some Christians love to toss out when they encounter disagreement, as if repeating those trite words will magically win debates. All too often they use it as a license to spew pet positions in a manner is that is far from actually being loving.

For example, Al Mohler, in a recent post on the Supreme Court’s same-sex marriage decision, wrote: “We are charged to uphold marriage as the union of a man and a woman and to speak the truth in love.” As if that solves everything.

Let’s take a closer look at what “speak the truth in love” actually means.

The phrase appears in the Bible in Ephesians 4:15: “Instead, speaking the truth in love, we will grow to become in every respect the mature body of him who is the head, that is, Christ.”

The key words here are “speaking the truth,” which is a translation of the single Greek word ἀληθεύοντες (alētheuontes), a participle of the verb ἀληθεύω (alētheúō), which is generally translated as “to speak truth.” But, though verbal communication may certainly be part of what ἀληθεύω means, its most literal translation is “truthing” — it’s simply the verb form of the noun “truth.”

‘Speaking the truth in love’ is not the best rendering of his expression, for the Greek verb makes no reference to our speech. Literally, it means, ‘truthing in love’, and includes the notions of ‘maintaining’, ‘living’ and ‘doing’ the truth.

The verse in not saying that we should simply speak the truth, but that we should live out the truth in both word and action. Following the truth entails includes speech and conduct. “Truthing in love” isn’t a matter of talking, it’s also about doing.

Furthermore, “speaking the truth in love” doesn’t give us license to run around telling others that they’re wrong. Rather, it’s an admonishment for Christians to grow into spiritual maturity instead of being “tossed back and forth by waves” of false teaching (Eph. 4:14). It is a personal call for us individually cling to truth, not a call for us to tell others where they seem to be lacking in the truth.

As Christians, we are required to live out the love that Jesus taught and to seek to live out the truth of that love in our words and actions. When we encounter those with whom we disagree, we should certainly clarify points of difference and work towards common understanding. But we should hold our positions with humility and recognize that “speaking the truth in love” may sometimes actualy mean “shutting up in love” as we listen to others and seek to foster irenic dialogue. 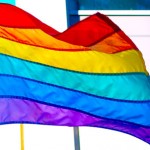 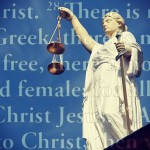