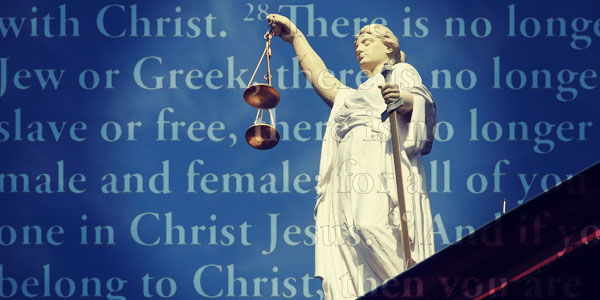 If more Christians who say they believe in biblical marriage would actually practice biblical justice, then more Christians would realize how they have all been impacted by racist biases and pursue a course of repentance and restitution. They would  intentionally advocate for policies that would correct a criminal justice system where blacks and other minorities are much more likely to be stopped by police than whites, much more likely to be incarcerated for the same offenses as whites, and then be underrepresented in their trials.

They would recognize our equality and oneness in Christ (Gal. 3:28) and strive to break down walls of division by opposing voter suppression laws and by removing symbols typically identified by our African-American sisters and brothers as signs of oppression, such as the Confederate flag. White Christians would reach out to all races in concrete, tangible ways to express hospitality, generosity, and kindness.

If more Christians who say they believe in biblical marriage would actually practice biblical justice, then more Christians would actually take seriously the numerous biblical instructions about caring for widows and orphans, the poor and vulnerable. They would take seriously Jesus’ blessing on the poor and his many warnings against greed and the accumulation of wealth. They would recognize that true religion is about “caring for orphans and widows in their distress” (James 1:27) and they would take seriously the example of the church in Acts 4:34-35,

There was not a needy person among them, for as many as owned lands or houses sold them and brought the proceeds of what was sold. They laid it at the apostles feet, and it was distributed to each as any had need.

These Christians would propose and lobby for policies that would bring the kind of education and welfare reform that would actually break cycles of poverty by creating new training opportunities for the disadvantaged and by making early childhood education and college available for all. These Christians would address the huge and still growing income inequality gap in this country that is larger than any nation in the free world.

If more Christians who say they believe in biblical marriage would actually practice biblical justice, then more Christians would take seriously the ninety some biblical references that call for provision for the “stranger” and “alien” in the land. They would “extend hospitality to the stranger” (Rom. 12:13; Heb. 13:2) by pushing for comprehensive, compassionate immigration reform that provides a clear path to citizenship and they would demand that our government stop deporting undocumented people who do not pose a threat to our country because of how it is devastating to families.

If more Christian who say they believe in biblical marriage would actually practice biblical justice, then more Christians would be advocating for peaceful solutions to our tensions with other nations. More Christians would see any form of violence as running counter to the life and teachings of Jesus. More Christians would push for common sense gun regulations that require background checks and they would call for the kind of military training and national policing that would equip our military personnel and police officers in how to employ strategies of nonviolence to diffuse tense situations before resorting to force. Then our military men and women and our law enforcement officers would be adept at being peace-keepers.

These Christians would recognize the preponderance of research which shows that children of same-sex parents are at no disadvantage at all in a wide range of social and behavioral outcomes and are just as likely, and possibly more likely, to have a healthy rate of family cohesion.

If more Christians who say they believe in biblical marriage would actually practice biblical justice, then we would be much closer to seeing God’s kingdom come and God’s will be done on earth as it is in heaven. 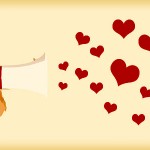 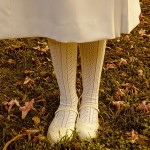 July 10, 2015 Why We Shouldn't Say "Modest is Hottest"
Recent Comments
0 | Leave a Comment
"6 Bible results for "be kind":2 Chronicles 10:7They replied, “If you will be kind to ..."
Jim Jones Seven ways Christians blow it
"Uh...no?"
Tiny J Seven ways Christians blow it
"GOd came to save us from eternal separation from God by dying on a cross?Do ..."
Bones Did Jesus speak more about Hell ..."
"Eternal separation from God"
SPH Did Jesus speak more about Hell ..."
Browse Our Archives
get the latest from
Progressive Christian
Sign up for our newsletter
POPULAR AT PATHEOS Progressive Christian
1