What About My Religious Liberties?

What About My Religious Liberties? August 28, 2015 Guest Contributor 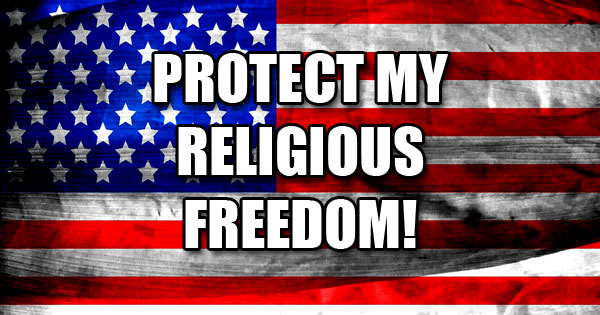 It’s hard being a straight, white man in America these days. All these social justice movements and not a one we can call our own. Being left out is hard, and everyone knows hurting a white guy’s feelings is the real racism.

So when I heard the likes of Bill O’Reilly and Sean Hannity (among many, many others) complaining about the “War on Christians,” I had my own little Road to Damascus moment and realized this is it — this is my persecution complex right here.

The folks championing their ridiculous war to save Christianity are closer to the mark than even they know. There is a war on Christianity in America, and hundreds of thousands of faithful Christians are being forced to live in a society that actively opposes their sincerely-held religious beliefs.

I’m talking, of course, about progressive and liberal Christians. See, we worship God by fighting for the vision of distributive social justice put forth by Jesus almost two thousand years ago.

Our God commands us to welcome the stranger into our lands, while many of our Republican politicians vow to deport these strangers with reckless abandon, even going so far as to shred the constitutional right to birthright citizenship for all people born on US soil.

Our God also cries out time and again for economic justice. Jesus himself arose from a class of disenfranchised people who were victims of a system by which the wealthy used usury and force to strip them of their land (the main means of economic production), forcing them into indentured servitude or worse, outright slavery. Now we are forced to watch as our money-worshiping culture and credit-based economic system do the same to millions of impoverished Americans while conservative politicians advocate policies that can only exacerbate the problem.

Our God commands us to be good stewards of Creation, yet we are helpless as our government is forced into an endless gridlock because most conservative politicians refuse to acknowledge Global Warming.

Our God commands us to love our neighbors as ourselves and advocate for the least of these, but we struggle hopelessly against insurmountable pillars of oppression bred by centuries of straight-white-male-hetero-supremacy. Our black and brown, gay and lesbian and transgender brothers and sisters face unparallelled violence and economic oppression, yet efforts to effect meaningful legislative change are all too often blocked or halted to keep the current power structures intact.

Our God commands us to practice radical nonviolence; indeed, nonviolent resistance to oppression was literally the cornerstone of Jesus’s life. But again, we are stripped of a voice and forced to watch our tax dollars fund bombings, wars, and an endless military-industrial spiral that reinforces the oppressive structures of extreme economic inequality, racial discrimination, and dehumanizing violence.

Yes, there is most definitely a war on Christians in America, and I want to exercise my constitutional right to practice my religion free from interference. Since conservatives are so concerned with religious liberty, I will posit a list of exemptions I require in order to do so.

I know I’m asking for a lot, but conservative and evangelical “Christians” have dominated the cultural discussion for so long I feel it’s time for the rest of us to get our dues. We have waited patiently, watching our faith become twisted and evil, and now it is time for us to rise up as one and demand the religious liberties promised us in the Constitution.

One final caveat: in all cases in which ensuring my religious convictions are upheld would conflict with the religious liberties of the Christian Right, my religion must be given priority.

After all, it’s my religion.

About Christian Chiakulas
Christian Chiakulas is a writer and musician from Chicago. He studied writing at Columbia College and writes both fiction and nonfiction. He blogs on Patheos at Radical Christian Millennial. You can also find him on Twitter and Facebook. 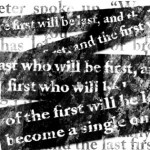 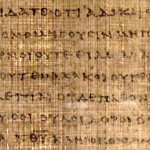