Clobbering the Confusion About 1 Corinthians 6:9-10

I recently received this question from a reader:

I’m curious about the verse 1 Corinthians 6:9. My friend and I were studying and noticed that our different versions use different words. He has a KJV and I have a NIV. I have a Strong’s Concordance as well to help.

In the KJV of 1 Corinthians 6:9 it states that abusers of themselves will not inherit the kingdom. I looked up abusers and it said that abusers are sodomites/homosexuals, however the defination of a sodomite is a male cult member or prostitute. Can you please give me some insight on this confusion?

The debate about 1 Corinthians 6:9-10 is confusing, and there simply isn’t one decisive answer that resolves all the difficulties in this passage. Let’s take a closer look at some of the issues in these verses.

When it comes to homosexuality and the Bible, the two key words in this passage are the Greek words μαλακός (malakós) and ἀρσενοκοίτης (arsenokoítēs), which I’ve bolded in the text above.

μαλακός literally means “soft.” The KJV translates it as “effeminate.” This word was widely used in the ancient world and has a broad range of meanings, including “effeminate.” It appears several other times in the New Testament where it is usually translated as “soft.” But, given that this is just a list without any further context, no one knows for sure exactly what Paul had in mind when he included it in his list of immoral behaviors. It might be referring to weakness of character, or cowardice, or some other moral (but not necessarily sexual) shortcoming.

ἀρσενοκοίτης, translated in the KJV as “abusers of themselves with mankind,” is a compound word made out of the words “male” (ἄρσην) and “bed” (κοίτης). But, just like English compound words, the parts don’t always equal the whole: ἀρσενοκοίτης doesn’t actually mean “male bed.” So what does it mean?

Here’s where things get tricky: Paul seems to have made up the word ἀρσενοκοίτης. We don’t have any examples of it being used prior to Paul’s letter to the Corinthians and most of the subsequent usage is merely repeating a similar list of sinful behaviors.

Because of the uniqueness of this word, even our best translations have to guess what Paul meant. One conjecture is that Paul is referencing the Greek text of Leviticus 18:22 and 20:13, where ἄρσην and κοίτης appear in close proximity to each other. But, though that might be a clue about the word’s etymology, it still doesn’t tell us for sure what Paul meant when he used it. The only thing we can be fairly certain of is that ἀρσενοκοίτης is referring to some sort of immoral male sexual behavior.

Unfortunately, most modern English translations give the appearance of absolute certainty when it comes to translating μαλακός and ἀρσενοκοίτης, making it seem as if it’s a foregone conclusion that Paul is explicitly condemning homosexuality. But scholars continue to debate the precise meanings of these words in these verses and, especially in the case of ἀρσενοκοίτης, it seems that we’ll never know for sure exactly what Paul meant. Theories abound, but certainty eludes us.

The NIV does a particularly bad job at conveying these issues. Instead of translating the two terms separately, the NIV translators chose to merge μαλακός and ἀρσενοκοίτης together and translate them as “men who have sex with men.” They include a revealing footnote which says “The words men who have sex with men translate two Greek words that refer to the passive and active participants in homosexual acts.”

The NIV all too conveniently ignores the scholarly uncertainty about these words, making it seem as if the definitions of μαλακός and ἀρσενοκοίτης are clearly referring to homosexuality, a conclusion that is, at best, dubious. Buoyed by agenda-driven translations such as the NIV and ESV, many Christians continue to wield an unfounded certainty about the meaning of these verses in order to condemn and marginalize LGBT people.

It would be wonderful to arrive at a definitive conclusion about the meaning of this passage, but in the end I don’t think it really matters. Instead, it’s far more important to understand the broader context of what Paul was trying to say in his letters, as well as the message of the entire New Testament. John Shore does a good job of providing some of that context in his essay on the Bible and homosexuality.

But even though we don’t know precisely what those words mean, we still have the Bible as a whole to provide us with God’s message — a message that doesn’t hinge upon dictionary definitions of obscure Greek words, but instead centers on God’s love for humanity as embodied by Jesus. 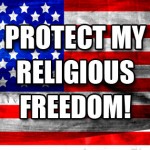