A Gay Pastor Explains What the Bible Really Says About Homosexuality 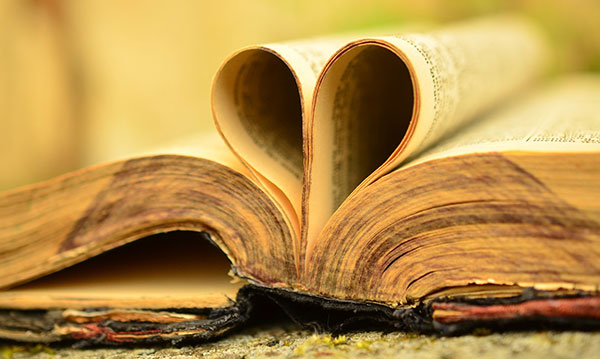 Unfundamentalist Christians founder John Shore recently shared a letter from a gay Christian who is struggling with his sexuality and faith. Among the many encouraging comments on that post was one from a gay pastor who beautifully explained his understanding of the Bible, Christianity, and sexuality.

This pastor graciously agreed to let me share his comment as blog post here. He wishes to remain anonymous because he is not out to his congregation (though he is out to his church’s leadership), but he describes himself as:

a gay pastor who spent decades running from my true affections. But now, after years of denial and fear, I finally realize that God lovingly formed me to be who I am, in my mother’s womb, and that the Lord embraces me as his loved gay child. The Truth has set me free, and I am free indeed.

Here’s his wonderful response to the letter writer on John’s blog:

May I respond to your concern about Romans 1? Paul was not saying that idolatry turns people gay; rather, he was saying that idolatry led to participation in shameful acts of lust. I believe most of the participants were heterosexuals who were acting contrary to their nature. Let me explain, using Cybele worship as an illustration.

Ten to fifteen years before Paul wrote his letter to Rome, Emperor Claudius permitted the worship of Cybele, a mother goddess, to take place in Rome. There were prominent temples to the goddess in Rome (where the letter was being sent to) and in Corinth (where Paul wrote the letter). Greeks and Romans were abandoning the worship of the invisible Deity taught by their own philosophers, and were worshiping Cybele instead, using idols of women, lions, serpents, and birds. The male priests of the goddess castrated themselves (what a penalty for their error!), and played the part of women in temple prostitution. Even the women likewise, who worshiped Cybele, were equipped with artificial phalli/dildos, and played the part of men in pagan prostitution. Most of these worshipers were naturally heterosexual, but gave themselves over to the frenzied sexual rituals in order to honor Cybele.

You see, just as the majority of Hindus are straight, so likewise, the majority of idol worshipers in Rome were straight — but took part in dishonorable acts as part of pagan worship. Similar things happened among worshipers of Aphrodite and other deities. As I said before, Romans 1 is not about gay Christian boys or girls, but about idolaters with darkened understanding.

But as you said, we all are flawed, yet loved! Paul goes on in chapter 1 to mention all kinds of sin, and then in 2:1 turns the table and says even the Jews were guilty, indeed, all the world reaps the wages of sin, yet we are all given the gift of eternal life through Jesus Christ! That is indeed a marvelous comfort!

Another passage often quoted against us is 1 Corinthians 6:9, wrongly translated as “homosexuals.” But remember that, 500 years ago, Martin Luther translated “arsenokoites” as “child molesters.” Recall the story of Jupiter/Zeus arriving in the form of an eagle and abducting the boy Ganymede to be his cup bearer and sex slave. Keep in mind that, in ancient Rome, masters could have sex with any male or female slave they wished — this was rape. Very often, men married to women kept boy slaves or prostitutes on the side to have sex with. So I believe that passage, in the culture of Rome, was referring to the abuse of boy slaves and boy prostitutes, not to a loving, equal, committed relationship.

Finally, Leviticus was written to ancient Jews, not modern Gentile Christians. I eat pork, shellfish, and cheeseburgers; I wear blended fabrics; I shave my sideburns; and I dare to shake hands with a menstruating woman — for those laws were not addressed to me. So, Jewish men were to abstain from anal intercourse (this may have referred to pagan male prostitutes in Canaan), but interestingly, many Conservative rabbis permit two Jewish men to be partners as long as they do not engage in that particular act (other sexual acts are okay). Notice also that women are not even mentioned, so apparently Jewish Lesbians are okay.

My friend, when it comes to ethics, people use the Bible to prove all kinds of things. Faithful believers support and oppose capital punishment; dedicated Christians support killing in war, and pacifism. Life is complex! I believe Christ did not wish to burden us with rules like the Pharisees. He simply said, “Do unto others as you would have them do unto you,” and, “Love one another as I have loved you.” We are not under the law of Moses; God has imparted the living Holy Spirit into our hearts with the inner principle of Love. Therefore we are not slaves under a yoke, but free (Galatians 5:1).

If I ever meet a fine gay man who is Spiritual and loving and mutually attractive, and if I felt the Lord leading me to him and him to me, I would feel free to be his mate. Jesus was Lord of the Sabbath, healed the sick on the Sabbath, allowed his disciples to pluck grain on the Sabbath, commended Abiathar for giving the Holy Showbread to David’s hungry men, touched the lepers, and allowed the woman with a hemorrhage to touch him. Jesus valued people and their needs more than rules! Since I am not anointed and gifted to do celibacy well, I believe Christ also would permit me to be mated with another male, as my heart yearns. 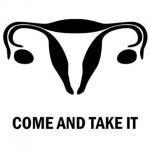 October 7, 2015
No One Else Is Entitled to Our Bodies
Next Post 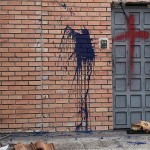 October 14, 2015 The Narrow-Mindedness of Anti-Muslim Christians
Recent Comments
0 | Leave a Comment
"6 Bible results for "be kind":2 Chronicles 10:7They replied, “If you will be kind to ..."
Jim E Jones Seven ways Christians blow it
"Uh...no?"
Tiny J Seven ways Christians blow it
"GOd came to save us from eternal separation from God by dying on a cross?Do ..."
Bones Did Jesus speak more about Hell ..."
"Eternal separation from God"
SPH Did Jesus speak more about Hell ..."
Browse Our Archives
get the latest from
Progressive Christian
Sign up for our newsletter
POPULAR AT PATHEOS Progressive Christian
1