How the Miracles of the Bible Obscure the Miracle of Jesus January 5, 2016 Guest Contributor

Both testaments of the Christian Bible are rife with miracles. Seas are parted, rain is called for, the sick are healed, food falls from the sky, the dead are raised, and a woman conceives a child by the Holy Spirit. Miracles are so fundamental to the traditional Christian story that it’s hard to imagine a faith that does not take them for granted in some form.

We have three options when considering miracles and their place in Christian faith:

Each of these options presents problems, but I can think of no other alternatives, much less one that is perfect. So we will deal with these three.

People who fall into the first camp are those who believe that they have experienced literal, “according to Hoyle” miracles (to borrow a phrase from Quentin Tarantino). One person that I know believes that she was pulled from the wreckage of an auto accident and healed by a literal angel on the side of the road. You also see this type of belief on television, when a preacher with a microphone brings forward a man in a wheelchair, lays his hand on the man, and the man stands up for the first time in years.

These people can safely be set aside as believers so affected by their religion that their worldview has been inextricably tainted by belief in the supernatural. The laws of nature and science hold little authority for them, and while many of them are perfectly kind and intelligent people otherwise, their beliefs are irrational and unreasonable given our understanding of the natural universe.

The second camp accepts modern science’s explanations for natural phenomena, but believe that many, if not most, of the miracle stories in the Bible literally did happen “that way.” For this to make sense, one must accept the supposition that God for whatever reason decided to stop using His powers to interfere in the natural world at some arbitrary date.

Some rationalize that Jesus, as the culmination of God’s mission on Earth, was the last true miracle-worker. At first glance, this reasoning makes sense, but if you make the mistake of actually reading the Bible, it falls apart. Acts tells of many miracles done in God’s name after the Ascension. The Catholic Church holds that saints throughout the centuries have also performed miracles.

Accepting that Jesus performed miracles, but then throwing out the ones supposedly done afterward presented in the very same sources, is an intellectually indefensible convenience, and a God that ceases miraculous activity arbitrarily is a bizarre and incomprehensible God. And so the second camp falls to both theological and intellectual bankruptcy.

The third possibility presents a unique problem, for it is intellectually sound, putting full confidence in the scientifically-understood laws of nature. Instead its problems are theological, as Christianity rests on two millennia of honest but mistaken exegesis that presents the miracles as foundational to faith in Jesus Christ.

We are taught that the virgin birth was foretold in a prophecy, that the Messiah would be known by his miracle-working, that if Christ has not been raised from the dead, our faith is in vain.

But is this truly the foundation of our faith? That once upon a time, (literally) incredible things happened?

I see your water-into-wine and raise you a story. A man was born into one of the most violent and unjust periods in human history. He was born into a world where slavery and oppression were omnipresent, where violence was the primary means of conflict resolution, where most people lived lives of utter misery.

This man fought the systems of oppression, injustice, and violence with a quixotic and short-lived ministry based on a radical set of principles: equality for all, including women; an equitable distribution of God’s earth; an alternative to violence. This mission would end predictably: with the brutal suppression of the movement by means of the public and macabre execution of its founder.

But somehow, against all logic, the movement endured. Spurred by the memory of the man they followed, Jesus’s supporters continued to fight for his vision throughout the Roman empire. The vision persists even today, buried under layers of doctrine and dogma, for anyone with ears to hear or eyes to see. Two thousand years later, the mission of Jesus is still being fought for around the world.

Paul wrote “When I was a child, I spoke like a child, I thought like a child, I reasoned like a child. When I became a man, I put away childish things.” It is time for us all to do as Paul did and put away the childish belief in magical miracles for the much more powerful and enduring miracle of Jesus Christ.

No fairy tales man’s imagination can create will ever come close to the very real miracle that a man born into the most inhumane of worlds presented to us a vision of humanity at its very peak. 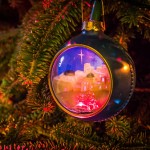 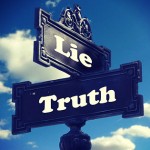