Twelfth Night is upon us,[1] the eve of Epiphany when we remember how magi from Persia followed to Jesus’ birthing place an unusual God-flung orb of light that appeared in the heavens. The word “epiphany” means “manifestation” or “a striking appearance.”

In the U.S., Epiphany provides a time after the scramble of holiday shopping and parties to focus on the refreshing surprise of God-with-us in the birth of Jesus. What does manifestation of God in Jesus mean in a world where so many fear for their lives, where too many innocents are slaughtered? How are we who live in the face of such hard realities to incarnate Incarnation?

What if we decide on this Twelfth Night that God-with-us means God-in-us—in what we do each day to insist on justice and peace in our homes and neighborhoods and beyond?

Post-Christmas daylight reveals yet again the knots and snarls of our everyday lives. We have work to do to make real in all seasons and throughout each day the cascading possibilities promised during the Christmas season of illuminated nights. God is with us. Thanks be to God. Now—on to the work to which God calls us.

Star-watchers.
Eyes wide opened
by what they see
in backyard night skies,
a dream and a LED-bright star their GPS,
“Bearing gifts they traverse afar”
to investigate
explore
consider.

Then—eyes wide opened
by what they see–
re-routed,
home by another way.

Ah, the peculiarity of Christmastide epiphanies:
shepherds
cows and sheep and donkeys
an angel-touched teenager
and a dream-visited carpenter
sky-gazing Zorastrians
on camel’s backs
tracing a celestial light-beam to a distant place.

But what of the rest of the story?
Menacing messages from powerful places
the slaughter of innocents,
mama and daddy,
baby held tight
fleeing
violence
death.
Did they know–
to keep their bodies safe
was to keep safe the Savior of the world
for a while.

In all of it—
holy visits and visions and vistas
detours and dancing stars
midnight border crossings
into unfamiliar backyards
the kindnesses of strangers
children’s cries
wailing lullabies
“Hush, little baby! Don’t say a word”
somehow?
Heralded by the morning song
of a brown-feathered barn-bird
Immanuel—God-with-us.

So galactic light-spheres align yet again.
Sacred sun arises
shines
burns away the fog of unknowing
and eyes wide-opened
by what we see,
hope leaps in daylight wombs
and we labor once more
to birth
life
love
illumination. 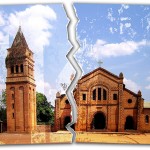 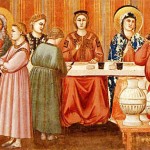 January 5, 2016 How the Miracles of the Bible Obscure the Miracle of Jesus
Recent Comments
0 | Leave a Comment
"6 Bible results for "be kind":2 Chronicles 10:7They replied, “If you will be kind to ..."
Jim E Jones Seven ways Christians blow it
"Uh...no?"
Tiny J Seven ways Christians blow it
"GOd came to save us from eternal separation from God by dying on a cross?Do ..."
Bones Did Jesus speak more about Hell ..."
"Eternal separation from God"
SPH Did Jesus speak more about Hell ..."
Browse Our Archives
get the latest from
Progressive Christian
Sign up for our newsletter
POPULAR AT PATHEOS Progressive Christian
1

A night with Lot in Sodom,...
slacktivist
Related posts from Unfundamentalist Christians