Starting out in a Theology of Food: Beginning with the Eucharist

Starting out in a Theology of Food: Beginning with the Eucharist January 28, 2016 Guest Contributor

This guest post was written by Hunter C. Beezley.

Eating is nothing new. For many of us it has become so rudimentary in the patterns of our days that when we come to the table to feed our hunger, we often think of it merely as a means to an end. Food today has become a commodity, its value seen primarily in its taste, convenience, and price. When we think about it, we mostly view food as fuel to sustain our bodies in order to carry us on throughout the day.

I never cared much about food until my last semester in seminary. I took a class on a theology of food merely because one of my favorite professors was teaching it and I needed another elective to graduate. But by the end of the semester, I realized that this class would stick with me for a while. Nearly a year later, I still cannot help but talk about food and faith.

It is telling that the first story in the Bible is a story about eating. It is in a garden that humanity is first placed and it is eating that ultimately leads to the inauguration of sin into the world. And it is within Christianity that consuming food–namely the Lord’s Supper–functions as the central practice of corporate worship.

Still, food is not often seriously considered in theology. Because we tend to view it merely as fuel, the relationship many of us have with food is filled with anxiety and stress as we wrestle with the daily question “what do I eat for dinner?” We know that food can do something for us: make us fat or skinny, sleepy or ill; but we have lost the wonder and mystery of food and eating. Growing a theology of food can help resurrect that.

When venturing into a theology of food, it might seem obvious to begin in the garden, in Genesis, but I think that in order to undo our often unhealthy relationship with food we must start with the Eucharist. The Eucharist is an intentional coming together of seemingly different people sharing the same affirmation: by the hunger of their stomachs they are not self-sustaining gods. It is a time where we can begin to look at food differently and reflect on how consuming it connects us with nature, each other, and God.

But if we are going to begin to confront our poor relationship with food by way of the Eucharist, then we need to reassess who we allow a place to sit and partake in the meal itself. Scholars have repeatedly noted that the basic problem Paul was addressing in his letter to the Corinthians was a problem with social stratification (1 Cor. 1:10-11). Paul’s warning against eating in an unworthy manner (1 Cor. 11:27) is a warning against collective disunity–the failure of the individual to consider the “other.”

As with food in general, the Eucharist has been commodified in many Christian traditions. Though we recognize that partaking in it is a moment to remember the Christ who died for all (and for some traditions to convey the actual grace of God), we nevertheless buy and sell this meal, this grace, with the membership in the Christian religion. We celebrate a Christ who ate with those unworthy to eat with him, yet we too often maintain that the Lord’s Supper is only for some.

For those of us who are Christians, we need reconsider the act of eating, beginning with the most important meal in our faith: the Eucharist. The Eucharist has the power to radically change our poor relationship with food and to serve as a catalyst for cultivating of a robust theology of food.

Originally from Mississippi, Hunter currently lives in White Plains, NY with his wife. He received an MA in New Testament from Union Theological Seminary and a BA from Nyack College. His Southern background informs much of his theological work and he has been increasingly interested in Theologies of Food with a significant emphasis on the Eucharist. When he’s not reading or writing, he’s probably hiking or traveling with his wife or working as a Mac computer technician. Hunter blogs at hunterbeezley.weebly.com and can be found on Twitter at @HBeezley. 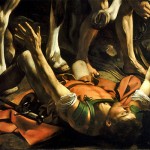 January 26, 2016
Give me a deeply moving experience over a deeply held belief every time!
Next Post 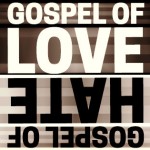 February 1, 2016 The Gospel of Hate
Recent Comments
0 | Leave a Comment
"6 Bible results for "be kind":2 Chronicles 10:7They replied, “If you will be kind to ..."
Jim Jones Seven ways Christians blow it
"Uh...no?"
Tiny J Seven ways Christians blow it
"GOd came to save us from eternal separation from God by dying on a cross?Do ..."
Bones Did Jesus speak more about Hell ..."
"Eternal separation from God"
SPH Did Jesus speak more about Hell ..."
Browse Our Archives
get the latest from
Progressive Christian
Sign up for our newsletter
POPULAR AT PATHEOS Progressive Christian
1