The Gospel of Hate 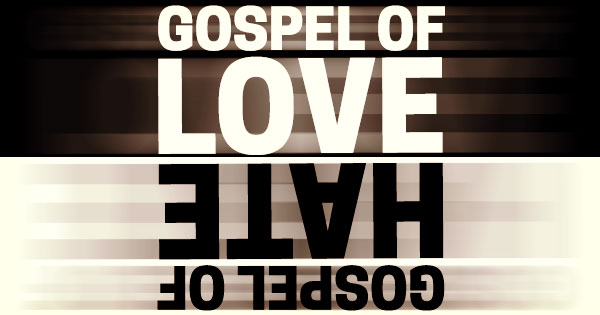 Yesterday I was confronted with the gospel of hate. I was watching a TV show about a team of gay male cheerleaders. The show told about their personal stories as well as about the hate that they are regularly confronted with. Time and time again “Christians” would stand around them, telling them that they should be burned, that they are going to hell and that God hates them for what they are.

I was furious. It felt to me like some part of God’s heart for the lost and the broken exploded in my chest. What happened to the Gospel? How did it get to the point where we, as mere followers of Christ, replaced a Gospel of love with one of damnation, hate, and death? What gives us the right to take a message of love, showing God’s heart for all of us — including those cheerleaders — and turn it on its head to be replaced by a Gospel of hate? Have we forgotten what John 3:16 truly means?

“For God so loved the world, that He gave His only begotten Son, so that whoever shall believe in Him shall not perish but share in the glory of eternal life.” – John 3:16

I know some of you will think “But do they believe in God?” I don’t know the answer to that question. But I do know that we will never get the opportunity to tell someone about Christ if we continue to throw a Gospel of hate their way.

One of the guys on the show put it very clearly: “The more people hate on us, the more strength it gives us to say f*ck you, we will do it anyway.”

This broke me. What happened to the example of love that the Lover of my Soul has set?

Jesus came to earth in a time where the Law was practiced to the letter. He came and turned that whole world upside down. Jesus’s first and most important message was one of love! He told the masses of a loving Father who is weeping for His children, a Father that has made a way for them to return to Him!

Jesus taught what it meant to truly love each person unrequitedly. In John 8:1-11, Jesus is confronted by the Pharisees with a woman who was caught in adultery. The Jewish Law dictated that the woman should be stoned to death because of her sin. Jesus responds to the woman’s accusers by declaring “Let anyone among you who is without sin be the first to throw a stone at her.” The crowds dispersed, because they realized that none of them were free of sin!

Jesus didn’t agree with what the woman had done, but He treated her with kindness and love. I can almost see how scared she must have been. Would He treat her the same way the others did? Would He think she was unworthy of love?

Instead, Jesus said that He didn’t condemn her, and told her to “Go forth and sin no more.” I can imagine that she walked away a changed woman. She had a face to face meeting with the Savior, and He showed her unconditional love!

Jesus sat with sinners, drunks, prostitutes, tax collectors, and all sorts of immoral and disreputable people. He sat in the midst of them, and still He didn’t judge them. He didn’t condone the sin that they were involved with, but He never stopped loving them!

I’ve screwed up in my own life. I’ve felt that I wasn’t worth it. I was told by pastors, fellow Christians and believers, that I should be quiet. I’ve been called an idiotic fundamentalist, a person who should leave church and go and start my own church, because no church would allow me through its doors. I’ve messed up, I’ve sinned, I’ve let my relationship with God grow cold, I’ve run away from God when I needed Him the most, I’ve grown angry at Him, I’ve blamed Him, and the list goes on and on.

But did He ever stop loving me? No!

I’ll never understand how a gospel of hate can have so much power and influence over believers today. I can’t say that I’ll be perfect in showing God’s unrequited love. I’m sure I’ll continue to fail and stumble. But I pray that God will use me to show the world a little bit of His Gospel of love.

About Lukas Loots
Lukas is a 29 year old teacher and youth worker from South Africa. He runs a small Facebook group called “A Pilgrims Journey.” 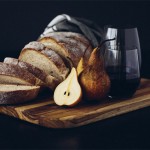 January 28, 2016
Starting out in a Theology of Food: Beginning with the Eucharist
Next Post 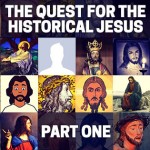