Did God forsake Jesus? (The fifth saying of Jesus from the cross)

Did God forsake Jesus? (The fifth saying of Jesus from the cross) March 9, 2016 Chuck Queen 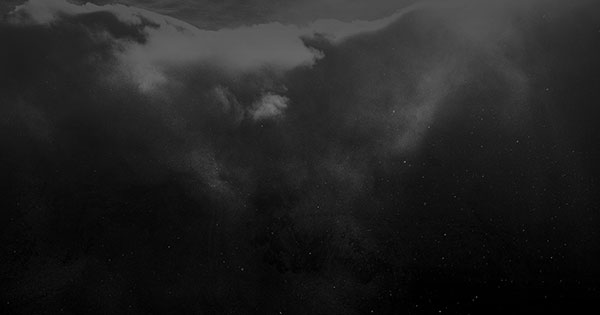 When it was noon, darkness came over the whole land until three in the afternoon. At three o’clock Jesus cried with a loud voice, “Eloi, Eloi, lema sabachthani?” which means, “My God, my God, why have you forsaken me?”

When Mother Teresa’s private journals were published after her death, the startling revelation to so many was that her writings spoke of long periods where the absence of God was more real to her than God’s presence. In these extended dry periods, she did not sense nor feel God’s presence.

The only word that Mark’s Gospel tells us Jesus uttered from the cross was this word of abandonment: “My God, my God, why have you forsaken me?” It’s a question, not a declaration and it reflects the sense of God’s absence that overtook Jesus when he was hanging on the cross.

Jesus is echoing the cry of the Psalmist in Psalm 22, who is looking for God’s deliverance, but God does not act. Jesus was not expecting deliverance. He had already conceded to his fate. He wrestled with this in Gethsemane. Mark tells us that he was “distressed and agitated” and said to Peter, James, and John, whom he asked to accompany him and pray for him, “I am deeply grieved, even to death” (Mark 14:33–34). He asked his “Abba,” his good and compassionate Father/Mother to take the cup from him, but it was not to be.

The “cup” that Jesus refers to was not just the cup of physical suffering unto death. It was that, but it was much more. This is where Mel Gibson’s version of the passion got it wrong. Was it the humiliation, rejection, the scorning, mocking, the malicious hate and evil hurled upon him by the powers that be? Was it the desertion of his closest friends and partners? Surely all of these sufferings were part of it, but there was still more.

In treating Jesus as a scapegoat, the actors in the crucifixion were not only despising and disparaging the love of God that Jesus personified and embodied, they were denigrating and demeaning their own humanity. I believe that for Jesus to witness the depths of human corruption, the complete denunciation of the good, was even more painful than the physical sufferings or the humiliation and rejection he experienced. Whereas Jesus represented humanity at its best, what was done to Jesus at Golgotha represented humanity at its worst. Jesus had come to show humanity the way of humility and love, but what he felt was the full force of humanity’s arrogance and hate.

The darkness that Mark says came over the land may well function in the narrative as a symbol for the evil unleashed upon Jesus. In Mark’s portrayal (followed by Matthew) the darkness was so thick, the hate and evil so heavy and dense, that the light of God’s presence could not break through into the consciousness of Jesus. Jesus, whom the Gospels present as continuously Spirit-filled, immersed in the reality of God’s goodness and grace, cannot, on the cross, lay hold of God’s presence.

Is Mark capturing something that was real? Was Jesus actually forsaken by God? Was this in reality the eclipse of God? I don’t believe that for a minute.

In his novel Jayber Crow, Wendell Berry observes that Christ did not descend from the cross except into the grave (that is, he didn’t overcome his killers by miraculous power). If he had, says Berry, he would be the absolute tyrant of the world and we his slaves. For if he had, then “even those who hated him and hated one another and hated their own souls would have to believe in him then. From that moment,” writes Berry, “the possibility that we might be bound to him and he to us and us to one another by love forever would be ended.”

Berry argues that God is present “only in the ordinary miracle of the existence of God’s creatures,” in “the poor, the hungry, the hurt, the wordless creatures” and in this “groaning and travailing beautiful world.” Berry cuts against the grain of our privatized, compartmentalized way of seeing life, reflecting a more universal and inclusive worldview. Berry writes, “We are all involved in all and any good, and in all and any evil. For any sin, we all suffer. That is why our suffering is endless. It is why God grieves and Christ’s wounds still are bleeding”

Mark’s passion story invites us to trust in a God who participates with us in our suffering. God is not “out there,” but in us and with us, sharing in our pain and loss. In Jesus’ once-upon-a-cross humiliation and in the ever present bleeding wounds of the living Christ we find a brother. In his cries of forsakenness we discover a comrade and friend. He descended into our “hell” and suffered it, in order to empty it of its malevolent power. Our disappointments and discouragements, our failures and defeats, our feelings of abandonment and rejection, do not separate us from Christ, but draw us into fellowship with him. Theologian Jurgen Moltmann points out that Jesus’ suffering and death “is the most comprehensive and most profound expression of Christ’s fellowship with every human being.” Jesus’ cry of forsakenness connects us to a God who stands in union and solidarity with every suffering soul.

(The reflections above were adapted from my book, Why Call Friday Good? Spiritual Reflections for Lent and Holy Week). 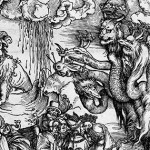 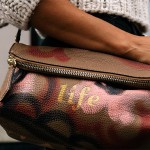