We Have Met the Beast and It Is Us

We Have Met the Beast and It Is Us March 7, 2016 Guest Contributor

Somehow this is still a thing. Christian leaders and politicians routinely make fearmongering overtures about “the antichrist,” “the beast,” the cosmic boogeyman who will bring about the End Times™ and coincidentally happens to be their ideological opponent. Just pick a public figure you don’t like, label them “dangerous,” throw in a vague appeal to “biblical prophecy,” and you’re good to go.

Even as we roll our eyes, we think we know exactly which Bible prophecy is being referenced: the book of Revelation and its warning of a coming antichrist. But it’s not simply that the words of Revelation are being misappropriated as contemporary political fodder, they have been completely misread and misunderstood in the first place. If we take an educated and careful look at the relevant passages, a very different picture comes into focus. Spoiler Alert: there is no singular “antichrist” figure in Revelation. There are several metaphorical “monsters” in the text, but the nearest contemporary analog for the beast in question is not a Muslim warrior, a popular Pope, or a socialist President. It’s something far more insidious and familiar.

First things first, the word “antichrist” never appears in the text of Revelation. Something like it can be found in John’s epistles, but not here. There are “beasts” in Revelation, a few of them, and to put them into proper context we’ll need a quick overview of the whole thing.

The final book in the New Testament canon, Revelation was written as a coded message to first century churches from an exiled pastor named John. It’s an apocalypse, a sort of ancient political cartoon, imagining the imminent destruction of the Roman Empire and the vindication of Jewish-Christian martyrs who had been killed by the state. Apocalyptic literature allowed its authors and recipients to express their true feelings about Rome without incrimination, using cryptic metaphors and bizarre symbolic imagery instead of openly political language.

Revelation plays out as a pageant of symbolic tableaus. The martyrs entreat the heavenly throne for justice, Jesus (depicted as a slain lamb) opens a scroll unleashing God’s purposes, and bowls of consuming wrath are poured out onto the armies and superpowers of earth. In the end, the great Whore of Babylon (a.k.a. Rome) is defeated and God’s kingdom is established in its place, a glistening (earthly!) city called New Jerusalem. The end.

So where does “the beast” figure in?

Dragon and the Beasts, This Fall on ABC

The chapters in question are Revelation 12 and 13, where the Bible suddenly goes all Harryhausen. First a “great red dragon” falls to earth and summons two “beasts” or “monsters,” one from the sea and one from the land, who do the dragon’s bidding. The first monster speaks “blasphemous words” and “makes war on the saints,” while the second one “deceives” the people of the earth into worshiping the first monster. This is the beast that “marks” humans with a number permitting them to “buy and sell.”

The text explicitly identifies the dragon as “the satan,” the evil power which animates the two earthly monsters. The first monster is the Roman Empire, with its fleeting authority to rule over the tribes of the earth and its thirst for the righteous blood of the martyrs. Who then is the second beast, the one which so preoccupies dispensationalist Christians? He represents the religious and economic systems that feed the ambitions of the first beast. He makes images of his counterpart to be worshiped and brands citizens for participation in the marketplace. And what is the “number” that this beasts stamps on the people’s hands and foreheads? 666, the numeric name of Nero, the great persecutor of Christians. This beast dupes God’s people into bankrolling their greatest enemy.

This is the dreaded beast of Revelation: imperial consumerism that lulls people into working and buying and selling and worshiping against their own interests. Revelation wasn’t a warning to the future about the rise of a bad guy from an enemy camp, it was a clarion call to first century Christians about capitulation and collusions with the powers-that-be. It was an anti-establishment screed. In a bottomless pit of irony, those Christian gatekeepers who most loudly sound the “antichrist” alarm in our own day tend to be those who are most sold out to nationalism, capitalism, and the established imperial order.

In context, the monsters of Revelation confront us with an unexpected threat. It’s easy to exploit strange old prophecies for personal gain, fear mongering, and drumming up the donor base. It’s easy to demonize some foreign enemy who threatens to crush our freedom and lifestyle. It’s quite another thing to imagine that our very way of life might have all the markings of a beast.

Josh Way is a writer, cartoonist, and web designer who lives in Pearl River, NY with his wife and four-year-old daughter. He has a Masters degree in Biblical Literature from Alliance Theological Seminary. He blogs at bible.joshway.com and posts Patreon-supported comedy videos at patreon.com/joshway. 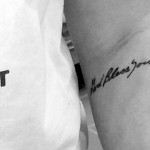 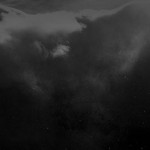 March 9, 2016 Did God forsake Jesus? (The fifth saying of Jesus from the cross)
Recent Comments
0 | Leave a Comment
"6 Bible results for "be kind":2 Chronicles 10:7They replied, “If you will be kind to ..."
Jim Jones Seven ways Christians blow it
"Uh...no?"
Tiny J Seven ways Christians blow it
"GOd came to save us from eternal separation from God by dying on a cross?Do ..."
Bones Did Jesus speak more about Hell ..."
"Eternal separation from God"
SPH Did Jesus speak more about Hell ..."
Browse Our Archives
get the latest from
Progressive Christian
Sign up for our newsletter
POPULAR AT PATHEOS Progressive Christian
1