Was Jesus’ death necessary for our salvation? (the seventh saying from the cross)

Was Jesus’ death necessary for our salvation? (the seventh saying from the cross) March 23, 2016 Chuck Queen 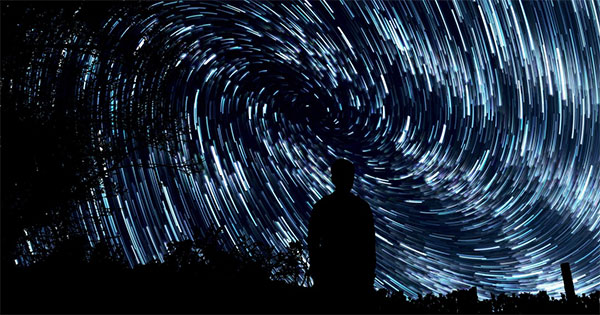 Then Jesus, crying with a loud voice said, “Father, into your hands I commend my spirit” (Luke 23:46).

These words of Jesus in Luke’s Gospel are equivalent to Jesus’s words in John’s Gospel, “It is finished.” The Gospels of Mark and Matthew include only one saying of Jesus from the cross: His cry of abandonment, “My God, my God, why have you forsaken me?” The other six sayings of Jesus are found in Luke and John.

In Mark and Matthew the emphasis is on Jesus as a participant in our suffering. Jesus shares our pain and loss. Jesus knows what it is like to feel forsaken, even by God. Jesus, for the most part, is a passive victim. In Luke and John, Jesus is still a victim, but he is not passive. There is no sense of Jesus feeling forsaken in Luke or John. In Luke’s portrait, Jesus dies as a courageous and faithful martyr. We need both portraits. We need to know that God suffers with us, that God identifies with our experiences of forsakenness and feelings of abandonment. But we also need to know that neither Jesus nor God was surprised by the crucifixion, and that God incorporated Jesus’s death into God’s redemptive plan. In Luke, Jesus is the overcoming victim, offering his life sacrificially.

By sacrifice I do not mean that Jesus died to appease God’s wrath, or satisfy God’s justice, or pay some debt owed to God. I do not mean that Jesus bore a penalty imposed by God. I have said before Jesus did not die to save us from God. We do not need to be saved from God. We need to be saved from our sins, from the hate, greed, prejudice, and violence that have roots in every human heart and found collective expression through the religious and political powers that killed Jesus.

The Apostle Paul and many of the early Christians used sacrificial imagery to talk about the significance of Jesus’s death, but they never attempted to explain the imagery. The New Testament employs several different metaphors drawn from the cultic life and worship of Judaism. The writers spiritualize the images, leaving behind the more primitive ideas associated with religious sacrifice, such as the appeasement or paying off of an angry deity. But they do not expand or offer additional commentary on the metaphors, leaving the readers (the faith community) to make the connection between Jesus’s death and the images.

Paul informs the church at Corinth that he “handed on” to them what he “had received” (as part of the common Christian tradition), namely, that “Christ died for our sins in accordance with the scriptures, and that he was buried, and that he was raised on the third day in accordance with the scriptures” (1 Cor. 15:3­–4). The background for this metaphor of Christ dying for our sins is found in the sacrifices for sins offered in the temple. According to temple theology during the time of Jesus, certain sins and impurities could only be remitted through sacrifice. The temple priests controlled this process and actually held an institutional monopoly on the forgiveness of sins. In other words, the temple system of sacrifice determined who had or did not have access to God.

When the early Christians said that Jesus died for our sins, or that he was the sacrifice for our sins, it had a subversive effect. They were pointing to Christ as the one who broke the temple monopoly on forgiveness. It was their way of saying that whatever might keep one from experiencing God’s love, whatever might alienate one from God or from one’s sisters and brothers in the human family, has been dealt with in Jesus. One does not need to go through the temple ritual of sacrifice. It was a statement of radical grace.

Jesus died sacrificially in that he gave his life for God’s cause, for a vision of a world healed, made whole, and put to right. Jesus died in pursuit of God’s dream for the world, God’s peaceable kingdom. His death marked the culmination of a life of humility, prophetic courage, compassion, nonviolence, and self-giving for the good of others. Jesus died the way he lived.

So was Jesus’s death necessary for our redemption? From God’s end of it did Jesus have to die? Absolutely not. In no sense is God’s forgiveness conditioned upon Jesus’s death. God forgives sin because God is a forgiving God. Nor does our personal transformation into God’s likeness demand Jesus’s death either. Persons of other religious faiths are able to relate to God and pursue other paths of transformation apart from attaching any saving significance to the death of their mediators.

However, I believe God is able to make use of Jesus’s death much the same way God uses suffering in our lives to bring about spiritual enlightenment and growth. God doesn’t require or want human suffering. I believe it breaks God’s heart. However, at this stage in our spiritual evolution we seem to need some degree of suffering to release us from the grip of the ego and move us along the path of spiritual transformation. Spiritual writer Richard Rohr often says that it almost always takes great experiences of love and suffering to change us.

Jesus himself seems to have understood this when he called his disciples to participate with him in his death. Jesus said, “If any want to become my followers, let them deny themselves and take up their cross and follow me” (Mark 8:34). On one level, Jesus knew he was going to die and he expected his followers to be prepared to give up their lives too. On another level, Jesus knew that to “deny self” (dying to/renouncing the ego) is necessary for spiritual progress and that we all have our own crosses to bear. Luke clearly grasped this when he added the word “daily” to his version of the saying: “let him deny himself and take up his cross daily and follow me” (Luke 9:23).

The only time the Apostle Paul ever elaborated on the redemptive significance of Jesus’s death more than a sentence or two was in his letter to the Romans where he spoke of dying to sin with Christ (not sins plural, but sin singular; sin as an enslaving power) in order to walk in the newness of life through Christ’s Spirit (Rom. 6-8). In his letter to the Philippians Paul spoke of his passion to know the power of Christ’s resurrection by “sharing in his sufferings,” thus “becoming like him in his death” (Phil. 3:10). In no sense was Jesus’s death ever a substitution, but it became a transformative symbol in the way it called followers of Jesus to participate in the pattern of death and resurrection. Did all the early Christians understand this and did they all interpret Jesus’s death in the same way? Of course not. But clearly, spiritual participation in Jesus’s death was an important way many Christians appropriated it redemptively.

What about today? Are we past that? Can we safely now dispense with the centrality of the cross? I think we would do well to keep it central if we can get past all the primitive and petty ideas associated with God requiring or needing Jesus to die for us. The cross can be a powerful lure and a transformative symbol inviting us to share in Jesus’s death by our willingness to suffer for the good of others and our willingness to die to our ego (our need for power, position, prestige, etc). We can then live in the power of Christ’s Spirit for the good of others and for the cause of God in the world. In this way, the message of the cross is indeed good news.

(Much of the above was adapted from my book on the seven sayings of Jesus from the cross titled, Why Call Friday Good: Spiritual Reflections for Lent and Holy Week.) 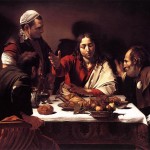 March 21, 2016
Three Glorious Surprises in the Resurrection
Next Post 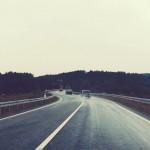 March 24, 2016 A Year Without Mormonism
Recent Comments
0 | Leave a Comment
"6 Bible results for "be kind":2 Chronicles 10:7They replied, “If you will be kind to ..."
Jim Jones Seven ways Christians blow it
"Uh...no?"
Tiny J Seven ways Christians blow it
"GOd came to save us from eternal separation from God by dying on a cross?Do ..."
Bones Did Jesus speak more about Hell ..."
"Eternal separation from God"
SPH Did Jesus speak more about Hell ..."
Browse Our Archives
get the latest from
Progressive Christian
Sign up for our newsletter
POPULAR AT PATHEOS Progressive Christian
1