Last month an article popped up on my newsfeed declaring that homelessness is on the decline! Waking up to my coffee in my warm suburban home, I felt the waves of relief washing over me. “Ah, another thing I don’t have to worry about today,” my guilt alleviated as I adjusted my thermostat on that unseasonably cold March day. But in a society in which we consume news 140 characters at a time and scroll rapidly past the latest sensational headlines, pronouncements such as this should be worrisome.

On March 22, The Philadelphia Inquirer reported a drop in the number of homeless residents of New Jersey, citing numbers that ranged from a statewide 3% decline in those using emergency housing, to 27% in Camden County, with two-thirds of the state’s counties reporting declines along this spectrum. This was just the most recent article among many in the past few years that have caused our consciences to leap at the good news proclaimed by the headlines. Homelessness is on the decline!

In 2013, The Atlantic announced, “The Astonishing Decline of Homelessness in America,” and a year later The Christian Science Monitor proclaimed “Homelessness declines as new thinking fuels ‘giant untold success.’” Even in the midst of a failing economy with record unemployment and unprecedented mortgage foreclosures, it was reported that there had been a 17% decrease in homelessness over the preceding decade.

At last, we had heard the call to love our neighbors as ourselves, to attend to the orphans and the widows in our society, to provide shelter to those in need.

During the Housing First movement of the 1980s, those who found themselves without housing due to a personal crisis situation (e.g. domestic violence, foreclosure) were shuffled quickly into new housing situations and supported in maintaining a stable housing situation and independence. But for those facing chronic homelessness, this quick­-fix housing situation was not the answer. Nevertheless, the reported number of homeless continued to decline, as statistics were often spun to reflect the reduction of those in emergency homeless situations and downplay the number of chronically homeless.

So what about those who are chronically homeless, who are on the street due to mental illness, drug addiction, unemployment, or poverty? Those who cannot provide an address to fill in a form for emergency housing? Those who are overlooked because they are not going through the right channels for help?

The Philadelphia Inquirer article that flashed across my newsfeed on that cold March morning offered some insight. Shantel Garner, the Homeless Management Information System administrator at the Community Planning and Advocacy Council in Camden County, believes the recent decline in homelessness stems from a shift in the U.S. Department of Housing and Urban Development’s (HUD) focus on providing services.

Stricter regulations on emergency housing and shelters have now shifted the priority to aiding those who are chronically homeless. Qualifications for chronic homelessness include having at least one member of the household with a disabling condition, having been homeless for over a year, or having found yourself without a home at least four times over the preceding three years. When will you be referred to a shelter? When you are homeless enough.

And so the cycle continues. Sometimes we’re concerned with how homeless a person is, judging what caused their homelessness, looking at the long­-term, the chronic. Other times we feel the urgency of the emergency, looking to move bodies quickly and efficiently off the street. Perhaps what we really want is just that headline: homelessness is on the decline. Perhaps our graphs do not need actual data.

After reading my headlines that morning in March on my iPhone, checking my Twitter feed, and alleviating my worldly weight for the day as I noted the decline in homelessness, my internet went out — and my life was suddenly in disarray. My daughter couldn’t finish her homework, I couldn’t submit a document that was due in hours, and I couldn’t check on the state of world hunger to see if that too was being attended to with equal diligence. We abandoned our home, taking up residence in the neighborhood Starbucks and visiting friends to sap some of their treasured WiFi connection. We rejoiced when we got the text that our internet had been restored.

How would I handle a night on the street, without shelter? Am I better, more worthy, than the man who uses a newspaper for a blanket and a McDonald’s bag for a pillow? Would it be a harder blow for me to find myself without a roof over my head? Suppose I had caused my own homelessness? Suppose I had not?

How can any one of us presume to understand the humility of being without shelter, one of the basic requirements of human existence, for even one night? Yet our government agencies are in the position of deciding if someone is homeless enough to be directed to shelter.

Our job is to love others without stopping to inquire whether or not they are worthy. That is not our business and, in fact, it is nobody’s business. What we are asked to do is to love, and this love itself will render both ourselves and our neighbors worthy if anything can.

Can I look at everyone I pass on the street, and especially those who are sitting on a bench with a cardboard sign declaring their need for my spare change, without judging whether they are in need or not, without thinking about what has led them to their current situation, without calculating the risk of me putting my hand into my pocket to share a dollar, without judging their worth — can I simply love?

About Margaret Somerville
Margaret Somerville is a candidate for ministry in the Presbyterian Church (USA), a seminarian at Lutheran Theological Seminary at Philadelphia and a Latin teacher at Friends’ Central School. The focus of her study and work is on the development of interfaith relationships as they pertain to issues of social justice. 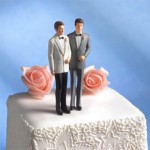 April 20, 2016
An Open Letter to Christian Business Owners
Next Post 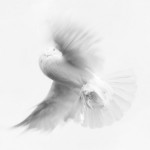 April 25, 2016 The Holy Spirit is not a Male, Conservative Evangelical
Recent Comments
0 | Leave a Comment
"6 Bible results for "be kind":2 Chronicles 10:7They replied, “If you will be kind to ..."
Jim Jones Seven ways Christians blow it
"Uh...no?"
Tiny J Seven ways Christians blow it
"GOd came to save us from eternal separation from God by dying on a cross?Do ..."
Bones Did Jesus speak more about Hell ..."
"Eternal separation from God"
SPH Did Jesus speak more about Hell ..."
Browse Our Archives
get the latest from
Progressive Christian
Sign up for our newsletter
POPULAR AT PATHEOS Progressive Christian
1