The Holy Spirit is not a Male, Conservative Evangelical

The Holy Spirit is not a Male, Conservative Evangelical April 25, 2016 Matthew Distefano 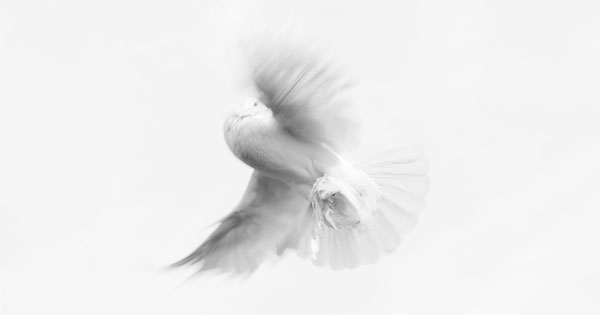 I must begin this post with an admission that, if I’m being honest, I am not too proud of. You see, I sometimes troll. (But don’t lie, you do too!) This time, I happened to stumble upon the website of my former conservative evangelical church, and I even listened to the senior pastor’s most recent sermon about the Holy Spirit.

I’m not really sure what compelled me to do this, but perhaps it was because of the one sentence review a friend gave the sermon. With tongue firmly planted in cheek, she told me: “It was hilarious!” Call me a sinner, but after I heard that, I just couldn’t help myself — I had to give it a listen. And you know what? My friend was correct, if by “hilarious” she meant that it was a typical, less-than-compelling, watered-down approach to the divine (which can indeed be nearly laughable at times).

Often, great inaccuracies are created by a collection of small errors, so instead of getting into all the problematic points the pastor made during his sermon, I’m going to critique a few of the more subtly inaccurate things he said about who the Holy Spirit is.

To begin, the pastor insisted that the Holy Spirit is a “person.” Describing the Holy Spirit in this way isn’t necessarily wrong, but it’s also not the best descriptor. In the West (particularly in the United States), we think of a person as an autonomous individual. That is the lens through which most American Christians view each “person” of the Trinity, where each “person” has his own nature, his own independent will, and his own disparate role to play within the relationship itself.

But both mimetic theory and modern psychology teach us is that the “person” is not autonomous — we are in fact interdividuals rather than individuals. That is to say, we are non-consciously interconnected far more than we consciously realize. And so, if we are going to even attempt to label the Trinity as three “persons,” we need to acknowledge that the person is a person only because s/he is in relationship with an “other.”

If God is one (Mark 12:29), then the three “persons” of the Trinity are of one nature, one will, and have cohesive roles within the relationship itself. That’s why I actually prefer to use something like the term “manifestations” when discussing the three “persons” of the Trinity — it helps us recognize the consistent nature of God, unlike the version of Trinitarian theology taught at my former church.

While many (men) would no doubt say this is only a matter of semantics, I beg to differ (and so would feminist theologians). The feminine attributes of the divine are important. Jesus paints a picture of himself as a hen who gathers her brood (Luke 13:34). And doesn’t the Bible clearly state that the image of God is both male and female? Why yes, yes it does, in Genesis 1:27. If this is mere semantics, take it up with the writer of the first creation story (who, by the way, wasn’t Moses), since he made a point of mentioning that God’s image is both male and female.

The final point of contention I’ll mention regarding this somewhat “nostalgic” sermon was the lack of emphasis placed on the Holy Spirit’s peace and forgiveness. The pastor asked, “How do I know if the Holy Spirit is speaking to me?” But sadly, when trying to answer this question, he failed to mention the disciples’ encounter with the risen Christ in John 20:19–23. Considering that this is when the Holy Spirit was breathed out by Jesus and given to his disciples, and considering that peace and forgiveness are the themes of the encounter, you would think this passage would be central in the pastor’s message.

The key to answering questions about when the Holy Spirit speaks is to understand that the Holy Spirit is directly tied to who Jesus was as a person, who he was in the face of his death, and who he still is as the risen Lord. As a teacher, Jesus constantly reoriented people’s understanding of what true peace and justice look like, which involves the reconciling of others back into good graces with the society at-large. Never once during his life did he create scapegoats, never once did he carry with him an “us/them” mentality, and never once did he teach that there are any “out” groups.

At the cross, Jesus remains true to himself and his mission, even offering loving forgiveness to those murdering him (Luke 23:34). He doesn’t condemn his accusers (like “good” Christians tend to do), but asks his Abba to forgive them. And then, when we meet the risen Christ, notice that the first word out of his mouth is shalom (peace).

This shalom is important because it is perfectly consistent with the message Jesus brought during his life and because it stands in contrast with common Second Temple Jewish eschatology which taught that there is vengeance in God. From the Jewish perspective, if God’s just-murdered-son was coming back, perhaps that wasn’t a good thing.

But Jesus refutes this notion and instead offers peace. Then, while breathing out the Holy Spirit, he commands the disciples to forgive in the same way he forgives, which he had modeled three days prior (again, see Luke 23:34). This is how true peace is made, by blessing those who would take even your very life from you. I never heard this type of peace preached from the pulpit of my former church at any point during my stint with them, and I rarely hear it from any pulpits across the United States. Rather, the “peace” I most frequently hear about from Christians is only achieved at the expense of enemy “others.”

If we are going to talk about true peace, we have to do more than to pay lip service to it. We have to start talking about a Christianity that makes peace without creating scapegoats, without creating in and out groups, and without creating enemy “others.” That type of peace is what the Holy Spirit is all about. She teaches: If we reconcile them, then we will experience the kingdom of God. That is the difference between religious peace and Christlike peace. 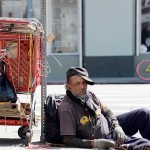 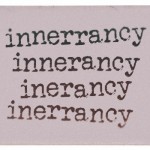 Star Trek: Discovery - "That Hope Is You"...
I am long overdue to blog about the return of Star Trek:...
view all Progressive Christian blogs
What Are Your Thoughts?leave a comment
Copyright 2008-2020, Patheos. All rights reserved.