Seeing Christ in the Abyss

Jesus was made known to them in the breaking of the bread.  Luke 24:35 (NRSV)

What about their lives compels them to take the risk? Whatever it is, they do it. They climb onto unseaworthy vessels and head out into rough waters. Perhaps the persecution or poverty on their home shores makes the perils of rickety, overburdened boats seem small by comparison. Seeking sanctuary, they go.

The realities of migrating people today are harsh and deadly, and I have found myself thinking: Christ must not have been asleep in those vessels that have capsized in the Mediterranean in earlier this year, for he seems not to have awakened to rebuke the wind and sea. But another courageous voice did speak out: German Cardinal Ranier Maria Woelki broke Eucharistic bread from a refugee boat as he celebrated the Corpus Christi Mass last May.

The Washington Post featured these words from Woelki: “Someone who lets people drown in the Mediterranean also drowns God.” I don’t think Woelki was referring to the Christ of the Abyss, the famous statue of Jesus that was placed in the Mediterranean Sea in the 1950s, though the connection is striking. Since January, more than 1400 migrants have died in that same sea where the sculpted Jesus, arms lifted up from the deeps, offers a watery benediction. Woelki sought through his unconventional Eucharistic blessing at that boat-altar to lament refugee deaths and call for Christian actions of care.

Migration and immigration realities across the globe are a tangle of issues. The numbers are staggering. The International Organization for Migration estimates that in 2015 more than 1 million migrants arrived by sea at European shores. Rhetoric surrounding the surge of asylum requests is often searing and razor sharp. Lives are at stake in the debates. The question arises. How should people of faith respond to the horrors and complexities of migration?

Perhaps our own experiences of being a stranger summon us to care for and welcome the stranger in our midst. After all, we are all in some way migrants. Or our ancestors were. Here in the U.S., branches of all of our family trees are heavy with stories of kin who migrated for a wide array of reasons. These ancestral migrants fled or were forced to the U.S. from Scotland, Ireland, Africa, Germany, Korea, Japan, Afghanistan, India, and other distant shores.

Biblical writers would not be surprised by ancestral or contemporary stories of moving from place to place. Don’t settle in too much, biblical writers seem to say. We are to be restless, always in search of justice and peace.

Consider Genesis 1: “In the beginning the spirit of God moved over the face of chaos.” To move, says Joan Maruskin of Church World Service, is to migrate. God’s spirit “migrated” over the face of chaos. From there, throughout Scripture, humankind’s story is a migration story. Joseph is sold into slavery but becomes a powerful leader in a foreign land. The Israelites flee Egypt, wander in the wilderness, then migrate into the land of Canaan. People of other cultures already lived there; the Israelites were outsiders, immigrants, in the Promised Land. Famine chases Naomi across the border into Moab. Jesus and his parents become refugees for a time, crossing the border into Egypt to escape Herod’s violence. The disciples leave their homes to follow Jesus; they become itinerant preachers migrating back and forth across familiar and unfamiliar lands.

This overarching biblical theme of migration enlivens our theologies. As people of faith, we join biblical ancestors in seeking that promised land where there is no weeping or pain. In the meanwhile—until we arrive in that sought-after place—God calls us to do what we can to create God’s home here on earth, in our cities and towns. God calls us to create sanctuaries—places of safety and flourishing—for all people.

Again, how are people of faith as people of faith to respond to the complexities and horrors of immigration and migration? Not all Christians will agree on legislation or even denominational actions. But perhaps we can embrace our shared “strangeness” in this world and then out of that respond with courage to refugees’ cries for peace and safety.

Cardinal Woelki’s refugee boat-altar stands as a reminder. So does the generous welcome many churches in Europe are extending to refugees. God calls us—friends and strangers—radically to be hospitable and restlessly to seek God’s justice for all whose migration stories have left them isolated, sometimes drowning, and always seeking renewed life on other shores. Indeed, God calls people of faith to break bread with those who are strangers to us. Remember Luke 24? The resurrected Jesus was right there with the disciples on the road, but they did not recognize him. They asked: Are you the only stranger in Jerusalem who doesn’t know what’s going on? But then they recognized him in the breaking of the bread.

To break bread with a stranger was—and is—to encounter Jesus. Perhaps when we decide to risk standing in uncertain boats to break bread with and on behalf of wounded strangers and refugees, we embody a Christ who rises up from the watery abyss to calm the raging storm and restore justice, hope, and faith. 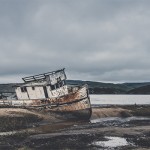 July 13, 2016
Evangelicals Who Have Lost Their Souls
Next Post 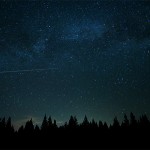