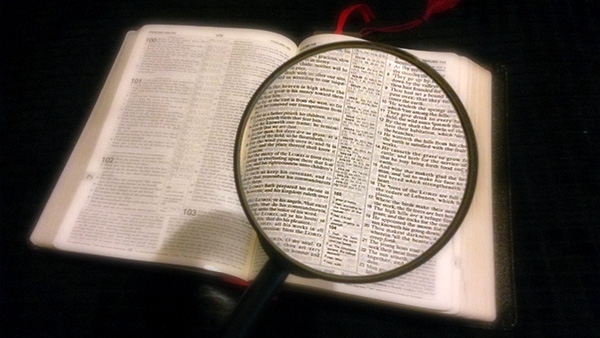 In a recent interview, Robert Jeffress, pastor of First Baptist Church, Dallas, argued that his support for Donald Trump was “biblical.” He said,

I was debating an evangelical professor on NPR and this professor said, “Pastor, don’t you want a candidate who embodies the teaching of Jesus and would govern this country according to the principles found in the Sermon on the Mount?” I said, “Heck no. I would run from that candidate as far as possible, because the Sermon on the Mount was not given as a governing principle for this nation. Nowhere is government told to forgive those who wrong it, nowhere is government told to turn the other cheek. Government is to be a strongman to protect its citizens against evildoers. When I’m looking for somebody who’s going to deal with ISIS and exterminate ISIS, I don’t care about that candidate’s tone or vocabulary, I want the meanest, toughest, son of a you-know-what I can find, and I believe that’s biblical.”

The logic above is so inherently and obviously twisted a critique hardly seems necessary. What does “biblical” mean in this context?

Just the other day, I heard from a woman who was a member of a church I previously pastored. She was a deacon when I was there and she taught Bible studies for women in the church (some men attended as well). I hadn’t heard from her for a long time, so I was a bit surprised when she exploded onto my Facebook page. Recently, I have been posting quotes from my sermons along with links to access them on my webpage, and apparently she had read all she could take. The following sermon excerpt is what ignited her reaction,

Sisters and brothers, I can assure you that if God is as good as the Jesus of our Gospels believed God is, then we needn’t worry about the afterlife. If God is as good as Jesus teaches, then the afterlife is all going to be good. I will say to you what my son used to say to me, usually when I was upset with him, “It’s all good.” “Chill, dad,” he would say, “It’s all good.” I find myself saying to Christians who believe in a literal hell. “Just chill sister. Relax brother. It’s all going to be good, because God is good. God is not a tyrant. God is not a monster. God is not an angry deity. God is love. God is good.” The afterlife will be good because God is good, so let’s focus on the main thing – namely, loving each other here and now.

This former parishioner questioned my “biblical” commitment, because after all, she said, the Bible is clear about a literal hell. She, of course, is an inerrantist. She asked me why I didn’t believe the Bible.

In response, I questioned her understanding about what is clear. I asked her why she is teaching in her church since the Bible is clear that she shouldn’t be. I referenced 1 Timothy 2:11-14 that says a woman should not teach in the church, but learn in silence. The reasons being that the woman was created after the man and the woman was the first to be deceived. Seems awfully clear.

Apparently that was not clear to her. She offered, however, no explanation in return. I could have also quoted 1 Corinthians 14:33b-35,

As in all the churches of the saints, women should be silent in the churches. For they are not permitted to speak, but should be subordinate, as the law also says. If there is anything they desire to know, let them ask their husbands at home. For it is shameful for a woman to speak in church.

Apparently this is not clear either. Of course, as a progressive I read these texts critically. The Corinthian passage is probably an interpolation added by a later editor to counter Paul’s egalitarian emphasis. (Note how the above text contradicts 1 Cor. 11:4-5 where Paul permits the Corinthian women to pray and preach in the assembly as long they are “veiled.”) 1 Timothy was most likely written several decades after Paul by someone within the Pauline tradition who also wanted to counter Paul’s egalitarian theology and practice.

However, if you are an inerrantist you are not permitted to read these texts from a historicial-critical perspective. You have to accept what the Bible says and try to do it. My friend has no intention of ceasing to do what these scriptures clearly forbid her to do (teach in her church). Perhaps she will resort to some other interpretive methodology in order to make these passages not so clear.

So what does “biblical” mean to conservative Christians?

It means whatever they want it to mean.

It means whatever supports and endorses their beliefs, doctrines, biases, prejudices, and practices.

In reality, it doesn’t mean a darn thing.

(Feel free to send me a friend request on Facebook.) 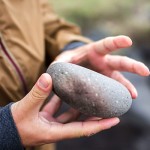 July 19, 2016
The Judging Epidemic: Please Drop Your Rocks
Next Post 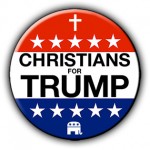