What the Old Testament Has to Say about This Election

What the Old Testament Has to Say about This Election July 28, 2016 Guest Contributor 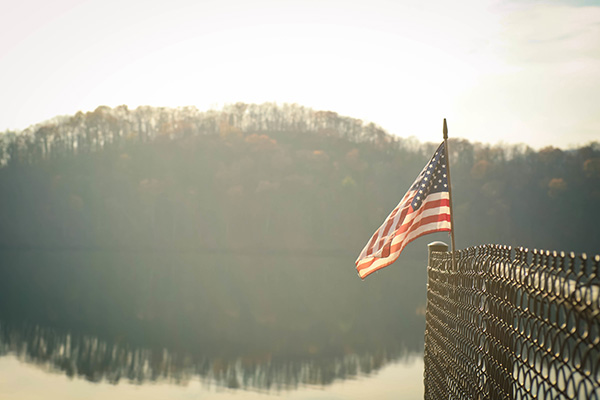 Without a doubt, this election has become one to remember. We have seen numerous candidates rise and fall in the public eye over the last year, but one has made more noise than all of the others combined. Just hearing his name incites a visceral reaction–either the feeling of rising hope, or of deep-seated disgust. His name represents something to everyone. But if you think he is the first (or last) candidate to have such a divisive rise to power, think again.

I’m of course talking about Mr. Trump, but if you traveled back in time some 3,000 years, another figure would have been in the public spotlight. It was during an age of struggle and uncertainly, much like our own. The man rose onto the scene promising that things would get better and that the people would finally get the sort of lives they both wanted and deserved. His “election” was unprecedented (1 Samuel 8). From a nation of prophets and priests rose the first king of Israel: Saul.

Saul was a man of the people. He was tall, strong, and good looking. On top of that, he was a get-things-done kind of guy. The nation quickly rallied around him as he beckoned them to follow his lead. And it worked, for a short time. Saul led Israel to become more than it was, but still less than it could be. Eventually, everything came crashing down. Saul destroyed his own legacy and brought Israel down with him.

Is Trump our modern day Saul? Maybe, maybe not. However, if we are going to be responsible Christians, responsible Americans, and therefore responsible voters, it is our duty to pay attention to history–especially Biblical history. I don’t think God picks sides in our elections, but I do think he has some advice for all of us to follow.

Below are three of Saul’s traits. You can decide for yourself which of our candidates these apply to.

1. Saul was obsessed with his own accomplishments and saw himself as the savior of Israel. (1 Samuel 13:1-14)

Saul made the mistake of believing that just because he had been chosen to lead, he didn’t need to rely on other people. Chapter 13 records an intense moment in the story of Saul. It was the heat of battle. You could hear the sound of clashing steel for miles in every direction and there was Saul, barely keeping his forces intact.

Israel began to lose ground, their advantage slipping away before Saul’s eyes. It was in that moment when he decided to take matters into his own hands. In an act of direct defiance of both God and the prophet Samuel, Saul made an offering (something that was illegal for anyone but the priests to do) in order to gain God’s favor for battle. He crossed a very important line and revealed the true idol of his heart.

2. Saul gained support by pointing the people’s eyes toward their enemies, not their God. (1 Samuel 17:1-58)

Most of Saul’s 42 year reign as king was consumed by war. He constantly tried to empower Israel by attacking everyone they had built up grudges against over time. One of his favorite enemies was the Philistines.

Now even if you don’t know who the Philistines were, I can guarantee you know one of their most famous warriors: Goliath. Saul’s constant war-march was halted by an enemy they could not defeat. He couldn’t see a way out because Saul had trained himself to keep looking forward instead of up. It wasn’t until a young man named David came along that Israel was able to defeat Goliath. It was a reminder that their strength as a nation did not come from numbers or weapons, but from their God.

Everything was going Saul’s way for a time, but he still decided to disobey God and try things his own way. Saul was given a mission to destroy all the goods in a certain city. However, some of the goods they were supposed to destroy were quite valuable. So Saul decided not to follow through because it would be better to bring those expensive items back as “offerings.”

Both Samuel and God found out what happened and they were furious. Saul had one job, but he let his pride and the fear of others’ opinions stop him from doing what was right. This episode was so disappointing that the chapter literally ends by saying “the Lord was sorry that he had made Saul king over Israel.” (1 Samuel 15:35)

Trump, Clinton, Sanders–it doesn’t matter who we choose if we choose them ignorantly. Pray for wisdom, pray for guidance, and above all remember that we serve a God who is the ruler of all rulers. Then maybe, just like in history past, we will see God’s hand at work and remember that even Saul was a part of his grand design.

About David Ramos
David Ramos is a Christian author and teacher passionate about communicating the life-changing truths found in the Old Testament. He has a degree in Classical and Medieval Studies and a Master’s in Religion (Biblical Studies) from Ashland Theological Seminary. When he’s not writing you can usually find David chasing down the newest food truck or helping his fiancé Breahna plan their wedding (2016).

David and his library currently reside in Cleveland, Ohio. Visit his website at ramosauthor.com. 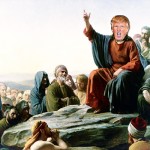 July 27, 2016
The Sermon of the Trump: Evangelical Catechesis
Next Post 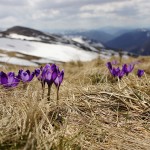 August 1, 2016 From Ignorance to Acceptance: When You Realize You Had It All Wrong
Recent Comments
0 | Leave a Comment
"6 Bible results for "be kind":2 Chronicles 10:7They replied, “If you will be kind to ..."
Jim E Jones Seven ways Christians blow it
"Uh...no?"
Tiny J Seven ways Christians blow it
"GOd came to save us from eternal separation from God by dying on a cross?Do ..."
Bones Did Jesus speak more about Hell ..."
"Eternal separation from God"
SPH Did Jesus speak more about Hell ..."
Browse Our Archives
get the latest from
Progressive Christian
Sign up for our newsletter
POPULAR AT PATHEOS Progressive Christian
1