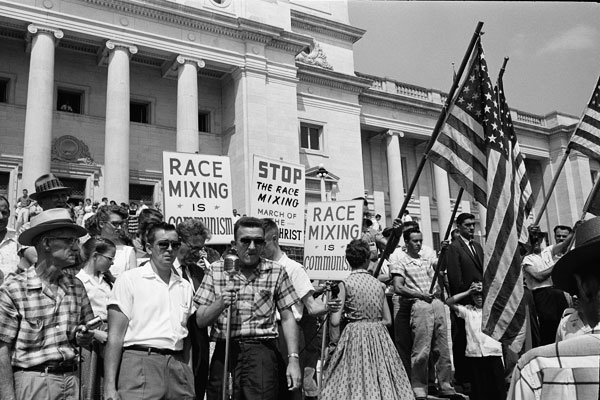 We live in tumultuous times; that is certain. Truly, this is the end of days. I have watched with increasing alarm as our society has fallen further and further away from the Truths of Scripture. For too long, I have remained silent, quietly praying that God would turn the hearts of the children back to their fathers, but alas: I cannot remain silent anymore. Unless we take swift and serious action against the moral decay in our society, God’s ultimate judgment will fall upon America.

There is one issue in particular that I believe is contributing to the division and downfall of our society, and it’s time Christians drew a line in the sand and said, “No more!” We must gather our resolve and oppose this depravity that stands in direct opposition to God’s Word. We must speak the truth in love to those who engage in this sin and to those who tolerate it.

This sin now surrounds us daily. It has crept into our media, our homes, our schools and—yes—even our churches. This abomination that was once despised and practiced in secret is, once again, flaunted in the open. I’m talking, of course, about…

Yes, that vile act of judging someone’s worthiness by their skin color. Racism is a sin, and God hates it! And it’s time Christians stopped pussy-footing around and said so. Loudly.

The Bible is very clear on the issue of racism. It says that all humans were made in the image of God. It also commands us to love our neighbors. It even says that those who do not love do not know God (1 John 4:8), and that God doesn’t know them, either.

You can say, “Lord, Lord” all you want. But if you have racism in your heart, God doesn’t even know who you are! That’s serious!

Aside from the fact that racism separates a soul from God, it also brings God’s judgment in this life. God cursed Miriam with leprosy because she and Aaron criticized Moses’ marriage to a woman of color (Numbers 12). How much more will He judge a racist nation?

Some might shrug and say, “It’s not that big of a deal. I know a guy who is kind of racist, but he still treats people nice. He’s not hurting anyone.”

Wrong! Don’t you know? A little leaven works its way through the whole batch of dough (Galatians 5:9). This guy may think he’s not hurting anyone, but he is! He’s disobeying the written Word of God, endangering his own soul, and contributing to the deep divisions in our society. Not to mention, he harms those he sins against.

The racist agenda is more subtle than you think. It creeps in in all sorts of ways. Your conservative uncle muttering about “welfare queens” at Thanksgiving. Your friend dressing up in blackface for Halloween. Films that show people of color in subservient roles, while white characters are portrayed as better, wiser “saviors.” A sermon on the “children of Ham.” This stuff is everywhere! Once you open your eyes, you can’t unsee it.

This just goes to show you how far we’ve fallen from the Truth of Scripture.

I, for one, will no longer stand silently by and watch our nation be destroyed by the sin of racism, and I ask you to join me in speaking out. We are at war with a culture that refuses to honor the image of God in its fellow human beings. If we fail to push back against this evil tide, we will surely answer to the Lord on Judgment Day.

Yes, it will be uncomfortable to confront racists in your social circle. Friends and family members may become angry and refuse to speak to you. Certain groups will call you nasty names like “race traitor,” “liberal” and “social justice warrior.” But don’t lose heart! You are on the winning side! It is the greatest act of love to warn souls away from the destruction that awaits them if they do not repent.

We also need to take back our culture from those who tacitly support racism. When you see a politician running for office, investigate his or her views on race. It’s not enough that they refrain from using racial slurs. If they have campaigned for other racists, or voted to restrict voting rights or equal opportunity employment, they don’t share our Christian values and don’t deserve to hold office.

If there are people in your church who are openly racist, don’t allow them to partake of The Lord’s Supper until they repent. It may seem harsh, but it is an act of protection. People who take communion in an unworthy manner heap God’s judgment upon themselves.

Next month, I have a book coming out called God and the Sin of Racism. In it, I enumerate the ways that racism infiltrates our lives. Make no mistake, racists are actively attempting to indoctrinate our children. They use films, comics, afterschool clubs, and online discussion boards like Reddit and 4Chan to recruit kids into their groups. They even have a mascot! My book offers ways to monitor your children’s curriculum and Internet activities to ensure they aren’t being corrupted by racist ideology. It includes a glossary of lesser-known racist terms and symbols so you can be fully prepared to root out any racism that tries to creep into your home.

For teens who have already succumbed to racist indoctrination, I list several “recovery camps” that have a proven track record of helping kids get free of this hideous sin. (But if they still refuse to repent, know that you may have to make tough choices regarding their salvation. We cannot call out sin in the marketplace and then enable it under our own roofs.)

In addition, all of my conferences for the next year will include a discussion panel on Speaking the Truth in Love to Racists. Attendees will hear from several former racists on how Christians can best speak to the racists in their lives in a manner that will convince them to lay aside their hate and return to Christ.

I hope that you will join with me in fighting the wave of evil that is sweeping our country—before it is too late. 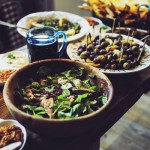 November 23, 2016
On Christian Culture Wars: Making Room at the Table
Next Post 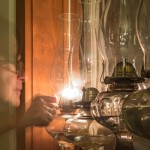 To Those Christians Who Say, "God...
The Official Blog of Benjamin L. Corey
Related posts from Unfundamentalist Christians