We Don’t Win If They Lose 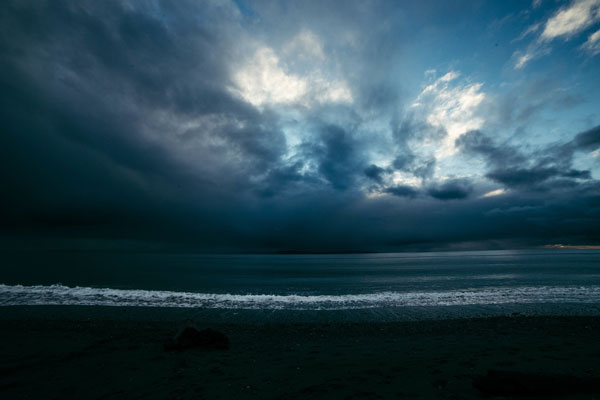 Once a week, I meet up with my friend Michael to talk about some of the bigger ideas that seem to consume the great majority of my thoughts. Our bonfire chats generally last until 9 or 10 PM, just in time for me to catch some of the George Noory show on my way home. How can you not love a talk radio show devoted to aliens and conspiracies?

The other night, however, 1290 AM wasn’t coming in too great, so I scanned the dial and stumbled upon a voice that could only be that of a Christian preacher. I could tell because he was droning on in that breathy way pastors are wont to do—yes Jesus, yes Jesus, we praise your name, Hallelujah, yes Lord. Can you imagine talking to your spouse like that? Yes dear, yes honey, you are so lovely, oh how great you are, yes my beloved.

I was just about to hit the scan button again—in hopes that I could spare myself the piety spewing forth from this fluent-in-Christianese preacher man—when he said something that stopped me dead in my tracks. He began by suggesting that Christianity contained the only truth in the world, while the secularists, the humanists, the Muslims, the LGBTQ community, the Buddhists, the Hindus, the agnostics, the atheists, the liberals, the anarchists, the communists, the socialists, the Marxists, and all the others -ists were dead wrong. Of course, what he meant to say is that premillenial-dispensationalist-conservative-Evangelicalism is correct, and everyone else is going to hell to burn forever in a lake of fire. And then, full of even greater certainty and pride, the kicker: “we know we win (and they don’t) and so that gives us hope.”

Before changing the station in disgust, I meditated on what he had said. It dawned on me that it was this very type of attitude that ruined my faith some years back when I was a part of the Evangelical church. We are the winners and that means that everyone else loses. And by loses, I mean they lose everything. They go away into the outer darkness, to cry out for their mommies and daddies, wives and husbands, and sons and daughters, only to have them never come. And we, the ones who never go to their aid—either because we don’t want to or can’t—are supposed to think of our salvation as a victory.

And this gives us hope? Hope for what? Hope that when our loved ones are lost from us for all eternity that the best heaven God could come up with would require either a hardening of our hearts or a full frontal lobotomy?

And we are so certain of this? Really? Certain? I thought we were supposed to have faith, not certainty? Isn’t certainty the opposite of faith? Where is faith needed, for example, when adding 2+2? Why, then, do we treat our faith like an equation that leaves no wiggle room?

But, though folks such as the pastor on the AM dial seem certain, it wasn’t the case for me. What if I was born in Pakistan, to a Muslim family, what of me then? Or what if I were born to a Hindu family? Why was I so lucky to be born in the United States of America, where my chances of being “elected” seemed much greater? And what if, during my childhood, a priest habitually raped me—like happened to so many in the Catholic Church—so much so that I would never touch Christianity again? Eternal hell, then? Really? And what if Christians happen to be wrong—I know, I know, not possible—and the Muslims who believe in hell for all non-Muslims are right? Are we not going to then be pleading to Allah to show more mercy than we and our God afford non-believers?

Indeed, the constant propping up of ourselves in order to prove our election, or our favor, was too much for me to handle. Day after day, the more I listened to pastor after pastor talk strictly of “us” as God’s people, the more I wanted nothing to do with it all. How could “we” be the only ones who are God’s chosen people when we all trace our roots back to Adam? How could God love Jacob (us) and literally hate Esau (them)? Given that Jacob and Esau reconcile (Gen. 33:4), how could God then tear them back apart?

I am not sure how victory is found in that theology. I am not sure what there is to celebrate if us winning requires them losing. And if that is indeed the case—I suppose it is technically possible—then I’d honestly rather concede defeat and take a long dirt nap. For truly, if I’m called to give my love freely to all of my human family, how could I bear forever losing my beloved? More intimately, how could I forever bear losing my most beloved, namely my daughter Elyse and wife Lyndsay? Again, it would require a coerced will, frontal lobotomy, or perhaps even Agent J’s mind-erasing pen.

This is not to say all of us should become Universalists. We each must work out our beliefs regarding eschatological and soteriological matters. But what I am saying is that we should hope for such a fate. How could we not, considering how the Bible talks about God reconciling all of the world to himself, Christ as the savior of all humanity, and the gates of New Jerusalem always remaining open? Are all of these claims to be taken as flippant rhetoric, hyperbole that bears no real theological weight? If that is the case, then it seems rather irresponsible of the biblical writers who said such things. Shame on them for being so reckless, so rash—because again, if we all don’t win, none of us do. 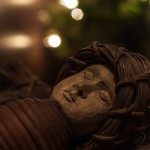 December 25, 2016
Christmas Day: And the Word Became Flesh
Next Post 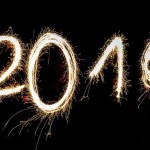