Mercy Is Not Enough 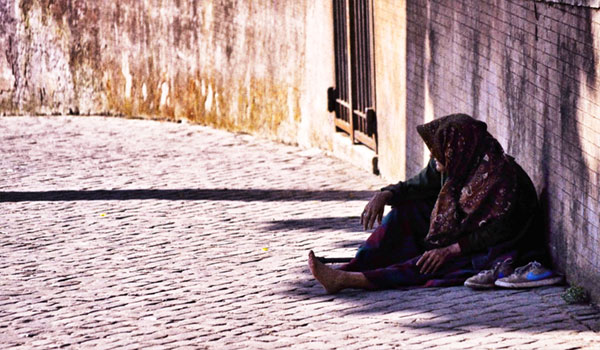 The Hebrew prophets proclaimed over and over again the need for justice in the land. Micah was very clear about what he considered essential: “O mortal, what is good, and what does the Lord require of you but to do justice, and to love kindness [to do mercy], and to walk humbly with your God” (6:8). Isaiah says, “Seek justice,” and then he immediately enumerates some specifics of what that involved in his day and time: “Rescue the oppressed, defend the orphan, plead for the widow” (Isa. 1:17).

Seeking justice meant standing with and advocating for the most vulnerable in society. That included at least three primary groups in ancient Israel: widows, orphans, and aliens (foreigners, immigrants, undocumented persons). The prophets railed against Israel’s leaders and the people at large when they prided themselves in being faithful to their religious rituals and practices, but neglected justice.

Unfortunately, many Christians in more conservative, evangelical traditions such as churches affiliated with the Southern Baptist Convention, Pentecostal groups, the Church of God, the Church of Christ, etc, and some of the more conservative churches within mainline denominations, have never been challenged to consider all the biblical texts dealing with justice. They think justice means that a person gets what he or she deserves or they interpret it as satisfying some demand of the law. They have never been taught the concept of restorative justice that pervades the prophetic tradition and the Gospels. Their ministers have presented Jesus in such a way that the Gospel texts emphasizing Jesus’ passion for justice are either ignored or reinterpreted to fit an Americanized, individualized view of salvation that focuses on either heaven when we die or our own personal happiness and well-being now.

Luke’s Gospel sets forth Jesus’ mission in terms of Isaiah 61 as a justice agenda: “The Spirit of the Lord is upon me, because he has anointed me to bring good news to the poor. He has sent me to proclaim release to the captives and recovery of sight to the blind, to let the oppressed go free, to proclaim the year of the Lord’s favor” (Luke 4:18-19). Jesus’ ministry targeted the poor, the sick, the demonized, the condemned, and the outcasts. Jesus enlisted disciples to join him in announcing God’s will for the earth (the kingdom of God) and sent them out to also bring healing to the sick and liberation to the oppressed and demonized. His work centered on justice and mercy.

Many Christians get the part about mercy, but not about justice. Justice and mercy go hand-in-hand, but it’s important to understand the difference, because mercy is not enough.

Whereas mercy responds to the immediate needs of the homeless and the poor by offering shelter and food, justice confronts the systems we live in that create homelessness and poverty in the first place.

While mercy is about giving a hungry person some bread, justice is about trying to change the system so that no one has excess bread while some have none.

Mercy is about helping the victims of war; justice is about peacemaking and eliminating the conditions that lead to war.

The work of justice tackles such issues as poverty, inequality, war, racism, sexism, materialism, nationalism, heath care, violence, immigration, and the environment. Workers and advocates for justice often find themselves at odds with huge economic, political, social, and religious systems that dis-privilege some while they unduly privilege others–systems, by the way, that we each live in and are all complicit in–which, of course, complicates the struggle.

I refuse to believe that so many Christians in our country are so tribal and selfish and protectionistic that they do not care about the plight of refugees and undocumented persons. I put the blame on Christian leaders who have failed to teach their members and parishioners about the kind of justice God requires.

Work for justice is grounded in the theology that all human beings are God’s children and in God we all live and breathe (see Acts 17:28-29). Every person has worth and dignity. God loves the whole wide world, not just my little corner of it. I am my brother’s keeper, and my brother/sister, as Jesus taught, may be of a different race and religion (see Luke 10:29-37). On the basis of the worth and dignity of every person Jesus even taught his disciples to love those who were out to hurt them (see Luke 6:27-36).

Regardless of what one has been taught by Christian ministers and leaders, it’s time for more Christians to wake up to their responsibility to do justice, to deny themselves, to take up their cross, and to follow Jesus into the rank and file of the suffering refugees and immigrants, offering help and hope, standing strong against the President, Congress, State Legislators, and all the powers that would turn their backs on God’s “little ones.” 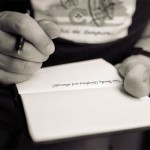 January 30, 2017
An Open Letter to My Fellow Christians
Next Post 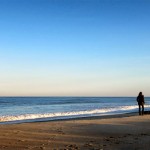 February 5, 2017 Answered Prayer
Recent Comments
0 | Leave a Comment
"6 Bible results for "be kind":2 Chronicles 10:7They replied, “If you will be kind to ..."
Jim E Jones Seven ways Christians blow it
"Uh...no?"
Tiny J Seven ways Christians blow it
"GOd came to save us from eternal separation from God by dying on a cross?Do ..."
Bones Did Jesus speak more about Hell ..."
"Eternal separation from God"
SPH Did Jesus speak more about Hell ..."
Browse Our Archives
Related posts from Unfundamentalist Christians