An Underlying Issue with the Letter Signed by Evangelical Leaders

An Underlying Issue with the Letter Signed by Evangelical Leaders February 14, 2017 Guest Contributor 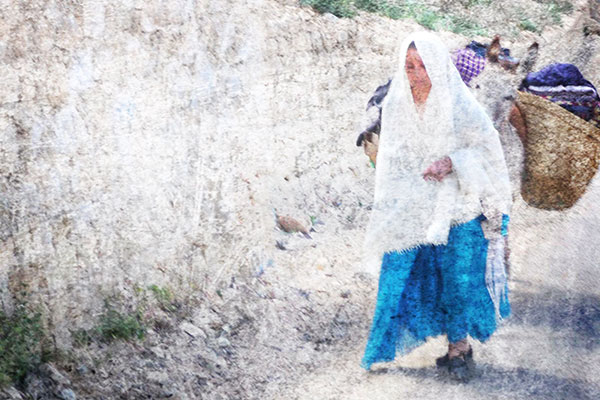 Recently, over 500 Evangelical Christian leaders signed a letter that was sent to the current president and vice president expressing their opposition to the Executive Order effectively banning travel to the United States by many Muslims and refugees. This is great, it really is. Seeing Evangelical leaders rise up and speak out is awesome, necessary, and helpful. Thanks to all who participated in this initiative!

But before we celebrate and move forward, I want to ask you to pause and reflect with me about some of the things that led us to this point. Remember, Evangelical Christians are an incredibly powerful group in America and played a significant role in electing the administration that promised, and then enacted this Muslim ban …

Over the years, my involvement with Muslim refugees through my organization, The Nations, has led to many interactions with Evangelical Christians and pastors. These experiences have taught me a lot, like how much I love our Evangelical Christian neighbors and how I admire their remarkable impact on American culture.

But I have also noticed a common thread that I believe, in part, is why we saw such overwhelming support by Evangelicals for a candidate that consistently campaigned on the promise of implementing a Muslim ban that some now (rightly) reject.

The simplest way I can describe it is this: much of Evangelical Christianity has (often unknowingly) dehumanized Muslims by treating them as a project rather than neighbors. This is caused in large part by divorcing the Great Command from the Great Commission.

Make no mistake, I have met many Evangelicals who deeply desire authentic friendships with Muslim neighbors. These friendships are rooted in genuine Love, and what has emerged from these relationships is remarkable–even miraculous–and easily reflects what Jesus described as the most important of all commands, to Love God and Love your neighbor.

At the same time, I have encountered many Evangelicals who describe our Muslim neighbors literally as “targets.” Have you heard this too?  And it’s not just about the word “target,” but also a broader philosophy throughout much of Evangelical Christianity. The concept is typically rooted in a teaching of Jesus referred to as the Great Commission. The general idea is that Christians must convert others to their religion, and by doing so, will fulfill a command given to them by Jesus. It is in this place where I believe many Evangelicals, often unknowingly, develop a dehumanizing, project mentality regarding our Muslim neighbors that is contrary to the way of Jesus.

If the way a Christian lives out the Great Commission results in unloving behavior toward others, this conflicts with the most important command (according to Jesus), to Love God and Love your neighbors. Simply put, if these two are in conflict, something is wrong.

The project mentality that results from this mis-prioritization makes it much easier for a person to share negative, fear-driven videos and articles about our Muslim neighbors that reinforce a severely warped perspective regarding violence in Islam across our society. This practice has become commonplace for many Evangelicals and has helped increase the unnecessary divide between neighbors.

This can also lead to more significant issues like the relative ease with which so many Evangelicals turned a blind eye to the radical claims of a Muslim ban during the recent campaign. When we see others as a project, our connection to them as humans, neighbors, and friends is often catastrophically diminished. Too many Christians no longer think of a Muslim refugee as a child, face down on the beach, or as a boy sitting in shock in the back of an ambulance, but instead view them as simply the collateral damage of a broken world.

The letter opposing the Muslim ban should be celebrated, but Evangelical leaders must also seek to understand why this sizable and powerful group helped elect, or at the very least did not vocally oppose, the administration that promised the ban in the first place.

My hope is that Evangelical leaders will consider how easily people can lose sight of the Great Command while overemphasizing the Great Commission, effectively divorcing the two. I hope Evangelical Christianity will recognize that when this happens, the result can be a dehumanizing project mentality toward others.

And I hope that we can all (re)discover the beauty and power in Loving each other as neighbors and move toward a new future, together.

Photo by Rich A. Rosendahl.

About Rich A. Rosendahl
Rich A. Rosendahl is director at ‘The Nations’. He helps with overcoming cultural and religious barriers in America and overseas while exposing the lifelong, meaningful friendships hidden behind the walls of misunderstanding and misinformation. Feel free to look him up on Facebook. 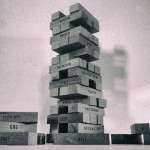 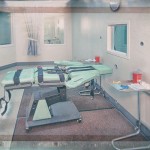 February 15, 2017 When Jesus Said "Love Your Enemies," I Think He Meant "Don't Kill Them."
Recent Comments
0 | Leave a Comment
"6 Bible results for "be kind":2 Chronicles 10:7They replied, “If you will be kind to ..."
Jim Jones Seven ways Christians blow it
"Uh...no?"
Tiny J Seven ways Christians blow it
"GOd came to save us from eternal separation from God by dying on a cross?Do ..."
Bones Did Jesus speak more about Hell ..."
"Eternal separation from God"
SPH Did Jesus speak more about Hell ..."
Browse Our Archives
get the latest from
Progressive Christian
Sign up for our newsletter
POPULAR AT PATHEOS Progressive Christian
1

Ira Einhorn and the politics of...
slacktivist
Related posts from Unfundamentalist Christians

Keep going. Press on.
My new novel is 70,000 words. The way I write, each chapter...
view all Progressive Christian blogs
What Are Your Thoughts?leave a comment
Copyright 2008-2020, Patheos. All rights reserved.