When Jesus Said “Love Your Enemies,” I Think He Meant “Don’t Kill Them.”

When Jesus Said “Love Your Enemies,” I Think He Meant “Don’t Kill Them.” February 15, 2017 Guest Contributor

I am sometimes asked, “How can you be a Christian and not support the death penalty?” The answer I usually give is quite simple: when Jesus said “Love your enemies,” I think he meant “Don’t kill them.”

I never really understood how important this issue was until I became a Jesus follower, and even then it took me a few years to really get my mind around it. During my time as a sociology and criminology student, I came to find that there really was no evidence to suggest that the death penalty deters murder rates where it is practiced. The death penalty obviously kills people who are not guilty, it is also incredibly expensive, and it is a long and drawn out process that is very painful for anyone involved with trials and hearings.

While statistical data as well as more subjective and anecdotal accounts have steered me away from the death penalty in the past, I eventually reached the impasse where I had to ask: How can someone worship a God who dies for his enemies and then proceed to kill their own enemies? This was an idea that I could not harmonize. I also had to face the fact that if human beings are made in the image of God, then that means they possess innate dignity, are intrinsically sacred, and hold irrevocable significance.

What cheapens or increases the value of a human life? Is it what someone does or doesn’t do? Is it what they say? What they believe? What the color of their skin is? What their sexual orientation is? How much they possess materially? What vices they do or don’t struggle with? Whether or not they’ve killed someone?

The answer is that nothing alters the value of a human life. Human beings are image-bearers of God, which means they carry his insignia and that they belong to him. People can do atrocious things, but can we ever reach a point where we say that they don’t deserve to live? In my humble opinion, that seems completely unreasonable.

One of Jesus’ most famous lines is “Do not resist an evil person. If someone slaps you on the right cheek, offer the other cheek also.” (Matthew 5:39) But it is somewhat unhelpful to translate the Greek word ἀντιστῆναι (antistēnai) into English as “resist.” More directly, it means “to revolt, rebel, or respond violently.” The point here isn’t to do nothing in response when someone acts violently or with hostility. It is to respond in a way that doesn’t reciprocate their actions, because only then can we actually bring about conviction and elicit change. If someone kills another person, that is a tragedy, regardless of what the reason may be. If said culprit is also killed, that fixes nothing.

It is easy to imagine people saying, “That’s for cowards. Nonviolence is for the faint-hearted. Only weak-willed people without a spine would believe that.” I used to think the same thing. Now, nonviolence is perhaps the most difficult thing I have ever entertained in my life. If you are committed to dealing with people in nonviolent ways, you can be a lot of things, but you can’t be a coward.

When Jesus was on earth, it was during a time when “running the show” through violence could easily be observed through the Roman Empire. Not surprisingly, the Roman Empire doesn’t exist anymore, because trying to govern behavior through violence is not sustainable. While Jesus gave his life of his own accord for the healing and salvation of the world, it is important not to forget that he was also subjected to the capital punishment of the time. Theologically speaking, the cross is the signpost to the universe that all sins of the world have been dropped down the black hole of Jesus’ death. But politically speaking, it is the result of the fact that Jesus was a critic of the domination system.

The cross of Christ shows us the moral bankruptcy of domination through violence. I cannot see God as He is revealed in Jesus to be congruous with the death penalty. That being said, I think this will be one of the most important conversations for Jesus followers to have in the forthcoming years. We cannot fuse together the power of the cross with the power of the sword. Jesus is building a different kind of kingdom, one in which human beings no longer seek to dominate each other, where violence is no longer necessary, and through which the world can find a hope greater than destroying our enemies. You and all people are called to be a part of this Kingdom, and that is Good News. 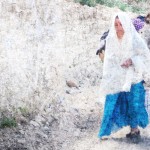 February 14, 2017
An Underlying Issue with the Letter Signed by Evangelical Leaders
Next Post 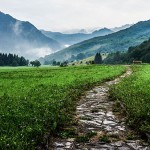 February 17, 2017 Showing Love
Recent Comments
0 | Leave a Comment
"6 Bible results for "be kind":2 Chronicles 10:7They replied, “If you will be kind to ..."
Jim Jones Seven ways Christians blow it
"Uh...no?"
Tiny J Seven ways Christians blow it
"GOd came to save us from eternal separation from God by dying on a cross?Do ..."
Bones Did Jesus speak more about Hell ..."
"Eternal separation from God"
SPH Did Jesus speak more about Hell ..."
Browse Our Archives
get the latest from
Progressive Christian
Sign up for our newsletter
POPULAR AT PATHEOS Progressive Christian
1