Religious nones and dones are some of the fastest growing groups in America. For those unfamiliar with the terms, “nones” are those who self identify as having no religion, including atheists, agnostics, and those who believe in God but reject particular religious traditions. “Dones” are formerly religious individuals, often people who were highly involved but became disillusioned and burned out.

Articles and conversations about the nones and dones from a religious perspective often have an undercurrent of panic as people try to understand why so many are leaving organized religion. Anxiety is a normal human response to change (especially when those changes expose our own hidden doubts). But there’s a better way to think about the future of religion. It’s found in Dietrich Bonhoeffer’s Letters and Papers from Prison.

Bonhoeffer was a German Lutheran theologian, one of just a handful who took a stand against the Third Reich and spoke up for the Jewish people. Although he was offered sanctuary in the U.S., Bonhoeffer believed that he needed to be present in Germany during the war to have any role in healing and rebuilding the nation when it was over. He was eventually imprisoned by the Nazi regime for avoiding military service ​(his interpretation of the gospels led him to being a pacifist)[1] and executed. His writing while in prison has been collected into book form. Put it on your reading list.

We are moving toward a completely religionless time; people as they are now simply cannot be religious anymore. Even those who honestly describe themselves as ‘religious’ do not in the least act up to it, and so they presumably mean something quite different by ‘religious’.
Letters and Papers from Prison, 279

Bonhoeffer was writing about the German Christians who failed to speak up against Hitler, but his words apply equally to Christians today who are more concerned with a political or religious agenda than they are with imitating Jesus in his radical stand with the marginalized and oppressed.[2] His letter continues:

Our whole nineteen-hundred-year-old Christian preaching and theology rest on the ‘religious a priori‘ of mankind. ‘Christianity’ has always been a form — perhaps the true form — of ‘religion’. But if one day it becomes clear that this a priori does not exist at all, but was a historically conditioned and transient form of human self-expression, and if therefore man becomes radically religionless — and I think that that is already more or less the case (else how is it, for example, that this war, in contrast to all previous ones, is not calling forth any ‘religious’ reaction?) — what does that mean for ‘Christianity’? It means that the foundation is taken away from the whole of what has up to now been our ‘Christianity’, and that there remain only a few ‘last survivors of the age of chivalry’, or a few intellectually dishonest people, on whom we can descend as ‘religious’. Are they to be the chosen few? Is it on this dubious group of people that we are to pounce in fervor, pique, or indignation, in order to sell them goods? Are we to fall upon a few unfortunate people in their hour of need and exercise a sort of religious compulsion on them? If we don’t want to do all that, if our final judgment must be that the western form of Christianity, too, was only a preliminary stage to a complete absence of religion, what kind of situation emerges for us, for the church? How can Christ become the Lord of the religionless as well? Are there religionless Christians? If religion is only a garment of Christianity — and even this garment has looked very different at different times — then what is a religionless Christianity?
Letters and Papers from Prison, 280

“It’s a relationship, not a religion” wasn’t a slogan yet when Bonhoeffer wrote these letters. If it had been, I’m sure he would have protested against it as adding to the problem. What Bonhoeffer was referring to, and what many nones and dones experience, is a Christianity that carries so much emotional and psychological baggage that it has become meaningless as a frame of reference. The world has been disenchanted, and it turns out religious language is unnecessary, like a shaman’s explanation of why aspirin works. Although language plays a role in shaping our understanding, what’s more important than the language used is the reality underneath the terminology. For Bonhoeffer, this religionless world is not something to be lamented, but an opportunity to be explored:

How do we speak of God — without religion, i.e. without the temporally conditioned presuppositions of metaphysics, inwardness, and so on? How do we speak (or perhaps we cannot now even ‘speak’ as we used to) in a ‘secular’ way about ‘God’? In what way are we ‘religionless-secular’ Christians, in what way are we the ἐκ-κλησία, those who are called forth, not regarding ourselves from a religious point of view as specially favoured, but rather as belonging wholly to the world? In that case Christ is no longer an object of religion, but something quite different, really the Lord of the world. But what does that mean? What is the place of worship and prayer in a religionless situation?
Letters and Papers from Prison, 280-281

I’ll continue to explore this topic in part 2 and part 3, but feel free to jump in with your thoughts. Is Bonhoeffer writing about the absurd, or is he on to something? How do you experience religion/religionlessness? What is the way forward? 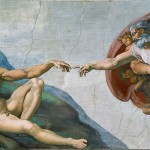 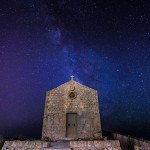