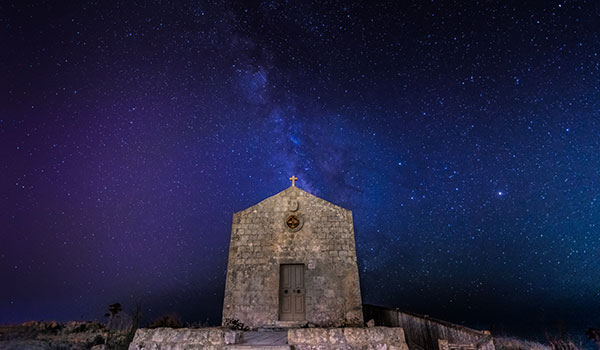 In my last post, I left off with the question, “Can we speak meaningfully about God without religion?” For Dietrich Bonhoeffer, the German theologian and founding member of the confessing church, religious language is often a mask or a shield that protects us from saying what we actually mean. It allows us to hide ignorance behind certitude. In 1944, writing from a German prison cell less than a year before he was executed by the Third Reich, Bonhoeffer wrote:

Religious people speak of God when human knowledge (perhaps simply because they are too lazy to think) has come to an end, or when human resources fail — in fact it is always the deus ex machina that they bring on to the scene, either for the apparent solution of insoluble problems, or as strength in human failure — always, that is to say, exploiting human weakness or human boundaries. Of necessity, that can go on only till people can by their own strength push these boundaries somewhat further out, so that God becomes superfluous as a deus ex machina.
Letters and Papers from Prison, 281-282

Deus ex machina, literally translated, is “God from the machine.” This is a reference to ancient Greek plays in which, at the end of a performance, a “god” would be lowered onto the stage by a crane to artificially resolve loose plot twists. If Bonhoeffer was writing today, he might use the phrase “God of the gaps.”

An illustration may make his point clearer:

Prior to the scientific revolution, people lived in an enchanted world inhabited by magic. Uncontrollable, unexplainable events like a disease outbreak were attributed to the devil. In this enchanted cosmos, if a person was sick, it was because they had come into contact with an object that imparted the devil’s black magic on them. Since spiritual problems require spiritual solutions, people appealed to God for help through the “white magic” of the church. This came in the form of a blessing from a pastor or priest, taking the Eucharist, or by being anointed with holy water or oil. Similarly, when herbal remedies were applied, it was the spiritual/magical properties of the plants that were effective, not the physical properties.

When the germ theory of disease was finally accepted in the late 1800s, it implicitly changed the way we thought about God and causation. We no longer needed to appeal to the devil to explain why we were sick, and we no longer needed direct intervention from God to explain our recovery. The gap we once filled with God is now filled with knowledge of the natural world, or at least with the knowledge and awareness that we may one day discover a natural, as opposed to spiritual, cause for every effect. This awareness is the very definition of secularism (I’m painting in broad brush strokes here, the germ theory of disease is just one piece of a larger puzzle that began with the scientific revolution. For more on this, Charles Taylor’s massive book,  A Secular Age is a must-read).

But a God of the gaps is no God at all. If we appeal to the divine to explain things we don’t yet understand, what will happen when human knowledge increases and we gain a scientific explanation? When doctors perform thousands of surgeries flawlessly, when antibiotics turn once fatal illnesses into minor inconveniences (take two pills, twice a day for three weeks), desperate prayers for miraculous intervention are gradually replaced with prayers that God would “guide the doctor’s hands,” or that “the medicine would work.”[1] It is these types of prayers and this type of belief that has disappeared among many nones and dones, not due to a willful abandoning of theism, but due to a sense of cognitive dissonance.

I’ve come to be doubtful of talking about any human boundaries (is even death, which people now hardly fear, and is sin, which they now hardly understand, still a genuine boundary today?). It always seems to me that we are trying anxiously in this way to reserve some space for God; I should like to speak of God not on the boundaries but at the centre, not in weaknesses but in strength; and therefore not in death and guilt but in man’s life and goodness. As to the boundaries, it seems to me better to be silent and leave the insoluble unsolved. Belief in the resurrection is not the ‘solution’ of the problem of death. God’s ‘beyond’ is not the beyond of our cognitive faculties. The transcendence of epistemological theory has nothing to do with the transcendence of God. God is beyond in the midst of our life.
Letters and Papers from Prison, 282

How many of the nones and dones, how many who are still religious, know this anxiety of “trying to reserve some space for God”? Religion in the secular world (where it encounters alternative ideas and explanations for “spiritual” experiences) easily becomes a “conjuring up” of pious sensations. Questions and doubts are suppressed through prepackaged answers, or confronted with preconceived absolutes. We claim omniscience, for fear of our own subjectivity.

For evangelical Christians, evolution is perhaps the greatest example of this: Many are told that God and evolution are antithetical–that if you believe in God, you cannot believe in evolution, and vice versa. The student who goes off to college and is confronted with convincing proofs for evolution is then forced into a false dichotomy by their religious community. Having no desire to abandon their faith, their faith community abandons them for being convinced by the evidence.

Bonhoeffer would have us recognize that a God who exists is not a God confined by religion or religious language. This God is not explained away by scientific discovery; rather, these discoveries give insight into the true nature of the divine, much like false ideas about our parents fall away as we grow from childhood to adulthood.

To return to the question I asked at the beginning of this article, how can we speak truthfully about God without religious language? By speaking truthfully about ourselves and the world around us.  ​​ 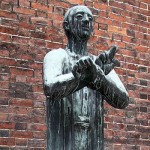 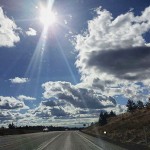 April 24, 2017 I Once Thought I Was a Progressive Christian, But...
Recent Comments
0 | Leave a Comment
"6 Bible results for "be kind":2 Chronicles 10:7They replied, “If you will be kind to ..."
Jim Jones Seven ways Christians blow it
"Uh...no?"
Tiny J Seven ways Christians blow it
"GOd came to save us from eternal separation from God by dying on a cross?Do ..."
Bones Did Jesus speak more about Hell ..."
"Eternal separation from God"
SPH Did Jesus speak more about Hell ..."
Browse Our Archives
get the latest from
Progressive Christian
Sign up for our newsletter
POPULAR AT PATHEOS Progressive Christian
1