Do Our Pets Go to Heaven? 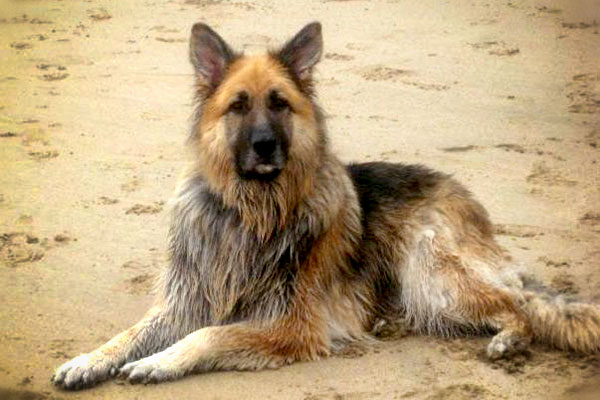 Do our pets go to Heaven? What about animals in general—will there be any animals in Heaven? The Bible is silent on this issue, but since so many people own pets and, rightly, grieve their passing, we often wonder whether animals will join us in Heaven, especially those who are our animals.

Let me first clarify that I’m not discussing whether Heaven happens now or later,  or whether it’s on Earth or “somewhere else.” What I’m referring to is simply the “afterlife.” And if there is an “afterlife” where we go to be with Jesus, do our pets join us there?

Other than a brief mention of “the lion shall lie down with the lamb,” the Bible is quiet on the “eternal fate” of animals. But it does hint that, just as humans are redeemed, so too Creation as a whole is redeemed on the back of our redemption. It’s all a bit mysterious, but the concept can be seen in passages such as Romans 8:19: “For the creation waits in eager expectation for the children of God to be revealed.” It’s as if, once the saints come into their inheritance, Creation follows suit. If Creation is truly redeemed, I think Heaven is going to be full of animals!

I’ve read many websites that downplay the idea of animals in Heaven. They talk about animals not being able to “accept Christ” and not being able to “understand salvation.” Clearly, many of these writers have never known the love and affection of a devoted family pet or the close relationship of a working animal with its master. When Jesus said that “he who loses his life will keep it for life eternal,” there is a hint that everything you are, everything that formed a part of you, everything good about your life here on Earth, will somehow be caught up and included in your life in Heaven. I believe that this includes your animals—the animals to whom you show love and self-giving, and with whom you form a mutually-loving relationship.

In his book The Great Divorce, C. S. Lewis describes a saintly lady in Heaven who had among her train of followers many animals that she had loved and befriended during her life. Lewis maintained that, because of the immense power and joy of Christ living within each saint (that’s you and me, by the way), animals would be raised too, saying that, “Redeemed humanity is still young, it has hardly come to its full strength. But already there is joy enough in the little finger of a great saint such as yonder lady to waken all the dead things of the universe into life.”

Lewis also wrote that, in his opinion, the “higher” animals, such as dogs, cats, and horses, almost seemed to have a “soul,” so that it seemed likely that at least some of the animal kingdom would be in Heaven. They have personalities, intelligence, emotions, and feelings—they have consciousness. In other words, these animals are, in their own way, persons, and as such, they will be redeemed.

Zeus, my German Shepherd, (pictured above) is a person—there’s no doubt about it. Those who would sneer at this and accuse me of anthropomorphizing his behavior (superimposing human traits onto an animal) don’t have a clue, they’ve never met him. He’s a person all right. When we adopted him, he was a sad case who was terrified of men (we think he’d been abused by his previous owner), he hadn’t been socialized with other dogs, and he was generally not well-trained. After six months with us, he’d turned into the most placid, gentle, obedient dog you could wish for. In a very real way, we have already “redeemed” him, and I am sure this “redemption” will go with me into the “hereafter.”

My daughter has pointed out that animals are, in a sense, far more Godly than we are because they love unconditionally and forgive easily. They don’t have the same “walls” that we have, whether self-erected or not. I read once that animals live in the constant, conscious awareness of God. That’s something we cannot know, of course, but I think there’s something in that idea. Maybe that’s why dogs and other pets are often used as therapy visitors in hospitals, and why they have such positive effects on the patients they visit.

After we lost our first German Shepherd, Jasper, in 1994, my wife Fiona had a vision of him jumping up into Jesus’s lap and licking His face. How Jasper got away with that, I don’t know; we never used to let him lick our faces! As with all of the visions Fiona had, it was very real, almost like a solid, visible event, a tangible reality. She burst into tears of joy when she saw that picture, and I’m convinced that it was a real, God-given vision, because of the fruits of peace, joy, and hope that it produced. We will see Jasper in Heaven. Well, we have already seen Jasper in Heaven!

This next bit is relevant, so please bear with me! Christians speak about “Judgement Day.” For many, this is a terrifying concept where everyone’s secrets are laid bare so that God can “smite” people for what they’ve done. But I believe that the very opposite is true. God’s justice is actually about everything being in right relationship, in its right place—“the way things should be.” God’s judgement is not a heavenly courtroom where we are all tried “for our sins,” instead, judgement is the means by which God’s justice is achieved, the process of righting all wrongs so that His justice comes into full fruition.

God’s justice and His judgement are therefore restorational concepts, not punitive ones. Like most Kingdom concepts, this is happening in the here and now wherever Christ’s followers bring Him into a situation. It is also what will happen at the “Last Judgement” when it will be brought to its completion. I look forward to everything being restored to its proper order and place, with everyone in right relationship with God and with others. I look forward to everything that was ever wrong being made right, and every injustice set straight. I look forward to everything being “the way that it should be.” When viewed in that manner, Judgement and Justice take on entirely different meanings from that of the angry god taking out his “wrath” on people, they become the means by which a loving God establishes peace and wholeness for everything He has made.

Why is this relevant to whether or not animals will be in Heaven?

Well, death is one of those things that is wrong and that needs to be put right. It’s so hurtful, so damaging, and so painful—and permanent too.

Except that it isn’t. Jesus rose from the dead, showing that God has declared death defeated. Death no longer has permanence. “Death has been swallowed up in victory!” (1 Cor. 15:54 and Isa. 25:7-8). So there is nothing to prevent all that our animals were to us, all the love and affection they gave and received, from being given back to us in the next life. Death is defeated—why wouldn’t this extend to our animals? If all that was ever wrong is to be put right, surely then the “wrong,” undeserved, sometimes untimely deaths of all these pets will be put right too. My daughter’s pet rat was only sixteen months old when he died. Rats are supposed to live for two to three years. It’s all wrong. But even that too will be put right.

What about animals that were not our pets? How about animals bred entirely for use as food? What about bugs, bacteria, and whatnot? Where is the line drawn? Perhaps animals that don’t mean all that much to us personally, such as a wild animal or an animal that does not “belong” to someone, will also be in Heaven, but not actually linked to anyone. But I really don’t know—we’ll just have to wait and see. What I do believe is that intelligent, conscious animals, with which we formed a good relationship, will be raised up with us as part of our inheritance as saints.

Finally, there’s this vitally important point: God will wipe away every tear from [our] eyes (Rev. 21:4). This means that everything that ever upset you, everything that ever hurt you, everything will be made right and things will be just as if the bad stuff never happened! This is part of God’s restorative justice. It’s part of what will happen. The Bible is full of God’s promises to restore. The heart of God is always to restore. Restoring: putting things back where they belong; giving them back; restoring relationship—including those with our beloved pets.

So, animals in Heaven. Why not? Given the unimaginably generous and, moreover, restoring nature of God, that He loves to surprise us and bless us with every good thing, and that Heaven will be better than anything and everything we could ever have dreamed, why not?

Do our pets go to Heaven?

About Tony Cutty
Tony Cutty is the author of the blog “Flying in the Spirit.” He works as a professional scientist as well as running his own small business. He’s also a pianist, worship leader, light aircraft Pilot, military historian and amateur astronomer. He has three grown-up children and two grandchildren, and lives in the south-west of England. 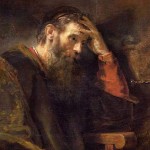 April 27, 2017
We Agree: We Can't Agree to Disagree on Anti-Gay Bigotry
Next Post 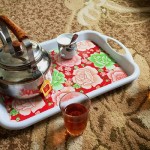 May 1, 2017 It's Okay to Love Your Religion without Forcing People to Convert
Recent Comments
0 | Leave a Comment
Browse Our Archives
Related posts from Unfundamentalist Christians