Child Protection Is For All God’s Children

The American Church is facing a child abuse epidemic. This epidemic transcends denominational and theological boundaries. While Catholics continue to be rocked by tragedies, and Catholic priests fight against expanding legal protections to survivors, Protestants are little better. In fact, according to GRACE’s Boz Tchividjian, Protestants are “worse” than Catholics when it comes to how they respond to clergy sexual abuse.

This is not an issue that the Church can afford to ignore any longer. Child abuse of every sort—emotional abuse, physical abuse, sexual abuse, and neglect—is plaguing our world. Take the example of sexual abuse. Nearly 70% of all reported sexual assaults occur to children ages 17 and under. Put another way, one out of every ten children will be sexually abused before their eighteenth birthday. If your church reflects the average population, that means it is likely that one out of every ten children in your church has experienced sexual abuse!

That is why it is so important for churches to start waking up to this pervasive tragedy.

But as the Church at large wakes up to the reality of child abuse, it also needs to pay attention to the way that abuse manifests. At the same time that nearly 70% of all reported sexual assaults occur to children ages 17 and under, child abuse impacts certain groups of children more so than others. For example:

• Females are five times more likely to be abused than males.

• Female African American children face even higher risk, as 60% of black girls experience sexual assault by the age of 18.

• Children in low socioeconomic status households are three times as likely to be victimized.

• Children with disabilities are 2.9 times more likely to be victims of sexual violence.

• LGBTQ children are more likely to be sexually assaulted than heterosexual and cisgender children.

Child abuse impacts certain groups of children more than others because it joins forces with the way our world in general and the Church specifically thinks about and treats females, people with less money, LGBTQ people, people of color, and disabled people. This is the idea of intersectionality—the idea that no sin happens in a vacuum. Children in general bear the brunt of an adult sin like abuse. But a black child, for example, stands at the intersection of multiple adult sins—facing not only the increased likelihood of abuse like other children, but also facing racism.

The sin of racism can shape how exactly and how frequently a black child experiences another sin like child abuse. For example, while many children face physical abuse in public schools through school-inflicted corporal punishment, black children face that abuse at greater rates: “A disproportionate number of the students receiving corporal punishment are black. According to federal statistics, black students are 16 percent of students enrolled in public schools but are 35 percent of those physically disciplined; black children receive physical punishment at almost three times the rate of their non-black peers.” The same goes for disabled children: “Students with disabilities made up 18.8 percent of students who suffered corporal punishment at school…although they constituted just 13.7 percent of the total nationwide student population.”

The Church cannot ignore how child abuse connects to other adult sins.

So how can the Church’s vision of child advocacy better address the populations of children most in need of protection?

New York Times columnist Charles Blow, who is bisexual, has spoken about his own experiences of childhood abuse and how he was bullied into keeping that abuse secret. In an interview with NPR, he explained at length about how some predators specifically target LGBTQ children: “Children who will eventually identify as LGBT are more likely to be targets of sexual predators,” he says. “In some cases the predator is targeting children who they already see as kind of having some kind of characteristics that will later be different. And that difference means they’re isolated. That difference means that they are already outside of the social mores, that the predator behavior is now somehow justified because this person is already outside the norm.”

If children in our churches hear the message that it is shameful to be LGBTQ, our churches are playing directly into abusers’ hands. It is not in my power to convince anti-LGBTQ churches to overthrow their entire theology about LGBTQ people. But I can appeal to them—and the Church at large and to fellow child advocates—to take seriously how shame about sexual orientation or gender identity is keeping children from coming forward about abuse. We need to do something about that if we want to protect children. We need to have tough conversations—as Christians and child advocates—about how we can pry shame away from abusers and end its use as a weapon against the least of these.

And note that shame is not limited to a weapon used by abusers against LGBTQ children. It is also used against girls—and Christian purity teachings have enabled that use. Abusers have taken advantage of how Christians have taught the concept of sexual purity to trap girls (and women) in abusive relationships. Consider the following testimony from a young woman about this:

“I had to go through the True Love Waits program. The ‘activity’ I remember the most was a wrapped present. I held the package and stood at the front of the room. Then, the youth leaders lined up the guys and each of them tore off some of the paper. Then I had to read some paragraph about how virginity is like a gift – no one wants a present that was ‘meant for them’ to have already been opened by someone else. Because of that one activity, I never told anyone I was raped at 15 until years later.”

The way abusers use anti-LGBTQ theology and purity ideology as weapons are merely two of many examples of why we need to think about intersectionality in our child advocacy. If our efforts to make the Church a safer place for children do not address how LGBTQ and female children, who face higher rates of child abuse, are treated by the Church in general, how can we hope to better protect all children in the Church from abuse? Sure, we may catch future predators with better child protection policies, but current predators who are preying on LGBTQ children and female children in the Church can continue to use shame to silence their victims.

It is not sufficient, in other words, to educate the Church about the warning signs of abuse or to push for better child protection policies—though such education and efforts are desperately, urgently needed. I myself advocate for those very things in homeschooling communities. But we also need to be actively prying abusers’ weapons from their hands when those weapons are the Church’s own theologies and ideologies. We may not be able to end the scourge of child abuse entirely, but we can reduce its reoccurrence by making it more difficult for abusers to inflict, by allowing them fewer tools to groom and exploit. Throwing up obstacles—background checks, buddy systems—is important. But so, too, is disarmament.

One way to begin disarmament is to lift up voices from marginalized communities in child abuse conversations in the Church. It is an uphill battle to get the Church to truly, humbly listen to abuse survivors in the first place. We need to create room for them. But we need to make sure we create room to hear from all survivors. We need to lift up and value the voices of children and survivors on the margins. We need to humble and quiet ourselves, learning to listen and be taught. 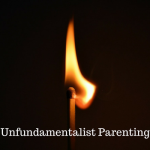 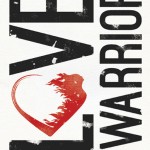