I have learned to become very wary of celebrity Christian voices, because so often those who speak on behalf of God, those with power, have spoken words of God dripping with the toxicity of hypocrisy, exclusion, and oppression. And yet, my spirituality yearns for nourishment, to be fed by voices who will be gentle with me, who will speak for me not just at me. Glennon Doyle Melton has emerged as one such voice, because although (despite that? because?) she is a Christian, she is also a fierce advocate for the GLBTQ community and other marginalized people. I wish it weren’t astonishing to have a Christian voice actually care for justice for sexual minorities and others, but it is, and I am refreshingly drawn to what she has to say because I feel safe. I trust she will be kind.

Glennon has recently released her latest memoir, Love Warrior, a harrowing tale of her marriage, infidelity, pain and healing. I read it first because I’m a fan, but also for my Unfundamentalist Parenting audience, looking to glean wisdom on parenting. I wanted to know how the life she was living, a fierce commitment to truth telling and gritty authenticity has an impact on the way she raises her children. The question I am always asking in unfundamentalist parenting is how we can avoid passing on the toxicity of a fundamentalist faith. Glennon was not raised in fundamentalism. She has had many life struggles including bulimia and alcoholism despite being raised in a loving family without toxic religion. But because of her propensity to feel the things of this life acutely, she has become like a canary in a coal mine—a metaphor she uses to describe herself, a small bird who can alert miners to poison in the air by detecting it before others. 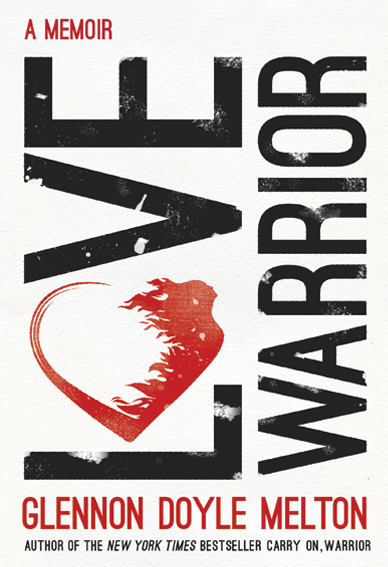 Canaries make great parents. They breathe the poison and snatch their child away to safety. Which is exactly what Glennon did smack dab in the middle of her story. In the midst of her marriage trauma, Glennon sought to find solace in the church community they had attended. But instead of finding a compassionate listening ear, a woman hunted her down in the church hallways and spoke as a representative of their Bible Study to warn her about the dangers of divorce and from stepping out of the safety of nuclear families. This stranger felt compelled to bestow God’s holy word upon Glennon and proceeded to fish for the exact reference through her purse. At this moment, Glennon smelled the poison, and the fumes interacted with her insides to produce anger,

“My fury is for every woman who’s been told by the church that God values her marriage more than her soul, her safety, her freedom.”

She smelled the poison which taught women that God is a God for men more than for women. And as feminist theologian Mary Daly says, “if God is male then male is God.” To leave a man then would mean a woman leaves God, which could not be further from the truth, as God leaves nobody, especially not one who has been betrayed and hurt.

Glennon confronts the woman with a few brief but strong words and determinedly strides away but not before stopping by Sunday School and removing her own daughter away from the coal mine quickly rising with patriarchal fumes.

I don’t know how Glennon recognized the poison for what it is, perhaps because she hadn’t grown up breathing it. Or more likely, it is because she has learned through the struggles of her own life that to live true to ourselves as women, we first must spot the lies told to us by centuries of patriarchy. Regardless, she knew, and she removed her child from it. But when she left the church, she knew she wasn’t taking her children away from God, she knew that God went with them.

Sometimes unfundamentalist parenting begins as a rescue operation. Sometimes we have to be ruthless in stripping away ideologies that surround our children which clouds their perception of a loving God. When patriarchy, or homophobia, or racism, or blind nationalism is fused into and confused as a gospel message, be the canary for our children and prevent that toxicity from entering their young system. Don’t be afraid you’re robbing your children of God–God goes with us when we run from that which harms us.

Then, out there far beyond the reach of fundamentalism, we can light bonfires and begin telling stories of love into the darkness, and in this way, hold witness to a God who does not require us to hide any part of ourselves before being fully seen and fully loved. Love Warrior isn’t just a parenting book or even just a marriage book, it is ultimately a human book. It is about leaning into the inevitable suffering of life and believing God can meet us there without us covering up with shame, pretense, and bitterness. To be a warrior then, isn’t to soldier on by layering ourselves with armor, but to strip ourselves open into the vulnerable love that is reflected in a God who lays bare on the cross.

May we parent as Love Warriors and together raise a whole small army of Love Warriors. Let this be a new generation where we exchange lies for truth, ego for vulnerability, and fear for love. 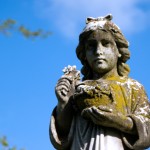 September 8, 2016
Child Protection Is For All God’s Children
Next Post 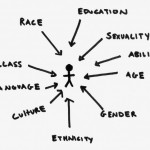 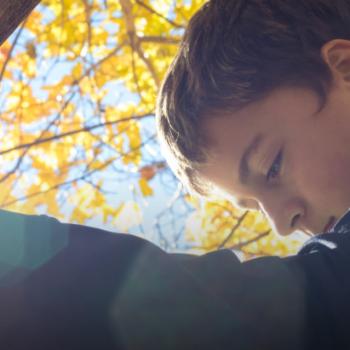 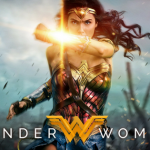 Progressive Christian
Why You Should Take Your Daughter (& Son)...
Unfundamentalist Parenting 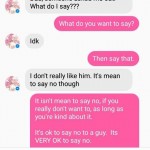