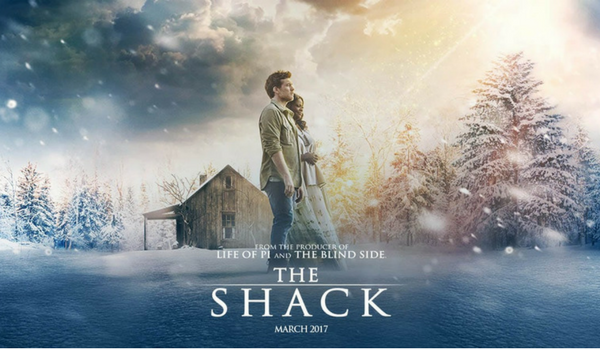 This is part 2 of exploring Unfundamentalist Parenting in The Shack, the Movie. You can read part 1 here.

A second element of unfundamentalist parenting in The Shack is the appearance of Papa as a woman—Octavia Spencer portrays God as a very huggable black Momma.

Why does Papa appear as a woman of color? Was the author just being cute and controversial? Was he trying to be progressive and inclusive? Far more than that. In the story, Papa reveals that Mack’s initial encounters with God could not be as Father because of his broken image of what a father is and does. If a father beats and abuses his child in God’s name, that child will have a very distorted image of God. God must come, at first, in some other form.

I have seen this often in prayer ministry for inner healing. We have prayed for many addicts who’ve just come off the street. They imagine God as harsh and cruel, just like their own abusive or delinquent dads, like their pimps and their Johns. Many have never met a man they could trust. How could God ever come to them as a man without seeming abusive or exploitive?

It’s funny, but when we ask these girls how God wants to come to them in a way that feels safe, the answer often comes, “As a Labrador Retriever.” At first I balked, but in my heart, I sensed God saying, “Not so fast. Ask them what a Labrador Retriever is like.” They can immediately rattle off a series of attributes: gentle, friendly, loyal, protective, loving, playful, etc. Then I say, “You’ve just described God perfectly!” In a moment, they shift from fearful misperceptions of God as terrible and cruel into a healthy theology of God’s kindness.

No, God is not literally a dog, any more than Papa is actually a male or a female. God is Spirit. More important than the symbols God uses is the nature God reveals. Don’t get caught up in literalizing the images. Focus on the character they unveil—God the parent is good, patient, kind, merciful and tender.

This supernaturally tender approach echoes what we hear in Isaiah 42—“a bruised reed he will not break; a smoldering wick he will not snuff out.” What a divine parent!

And only when Mack was ready—when it was time for the hardest element of Mack’s healing—God chose to reveal himself as First Nations male. Why? Because God knew it was exactly what Mack needed in the moment. That’s how God is for us. And as parents, maybe we can learn from that. What does each of my children need from me right now? Support or resistance? Directness or subtlety? Nearness or space? Mom or dad?

But there was another all-important element to The Shack. I’ve met so many folks who trust Jesus but have this niggling distrust of the Father. They say, “If the Father turned his back on Jesus and abandoned him on the cross, how can I trust that he won’t do that to me? In fact, he did do that to me in my darkest moment.” The Shack addresses that problem—that experience—without flinching. Paul Young goes there because he’s been there. He knows that question and the pain behind it. He’s lived it.

In the story, Papa makes it very clear that he did not for a moment abandon Jesus or turn his face from him (as Psalm 22:24 says so plainly). Papa was not at the cross as one of Jesus’ tormenters. Nor was he only there as an observer. Papa was there in Christ (Zech. 12:10, 2 Cor. 5:19). At this point in the movie, we see the scars in Papa’s wrists and the viewing audience weeps, because we feel the corollary deep in their souls: God bears my scars as well. God never left me. God never sits by passively, watching us suffer. God is not that kind of parent. None of our pain escapes God’s gaze or God’s experience. On the cross, St Cyril of Alexandria proclaims, God suffered in the flesh.

Of course, it was actually Christ who was crucified, but that scene reminds us that God was in Christ (2 Cor. 5:19), Yahweh was pierced (Zech. 12:10), the Lord of glory was crucified (1 Cor. 2:8) and that we were redeemed by God’s own blood (Acts 20:28). Paul Young is not sloppy. He knows this territory, knows where to be precise, knows where he’s into mystery and knows when he’s using allegory. Don’t let fundamentalism bully you out of enjoying the film–don’t let the critics incite a fear of heresy. Be at peace.

I wholeheartedly commend The Shack as an aid to healthier parenting, to raising children under grace and walking with them through their rough patches. I also recommend it to those who’ve lost a child. The story—and the God it portrays—is unafraid of our deepest hurts and angriest questions.

He’ll meet you in the story.

Brad Jersak is a husband and father of 3. He’s an ex-pastor, theologian and author of two children’s books, Children, Can You Hear Me? and Jesus Showed Us! available at www.bradjersak.com. He also edits the CWR magazine where Cindy often appears as a columnist.

March 8, 2017
Every Christian is a Universalist at Baby Funerals
Next Post 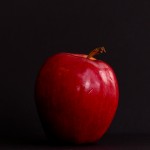 March 13, 2017 Revisiting Adam and Eve
Recent Comments
0 | Leave a Comment
"TW child abuse as someone who grew up in fundamentalist Christian spaces, I'm pretty sure ..."
Fiver Connolly No, John Piper, Kids Do Not ..."
"I will rather teach my kids not to read materials like this"
None Why Your Children do NOT Need ..."
"*by"
Eli C The Trouble with Easter: How To ..."
"Hey real quick, do you mind explaining to me how we could possibly be saved ..."
Eli C The Trouble with Easter: How To ..."
Browse Our Archives
Related posts from Unfundamentalist Parenting 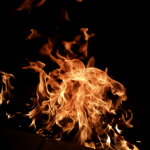 Progressive Christian
My Child is Afraid of Hell. What Do...
Unfundamentalist Parenting 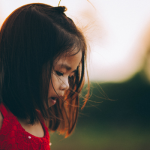