It’s Time to Speak Out Against Corporal Punishment

More and more, churches are waking up to the reality of child abuse in their communities. We see this as increasingly larger numbers of churches implement child protection policies. As important as such child protection policies are, however, they are all too often myopically focused on child sexual abuse. Other forms of abuse, such as physical abuse, are either glossed over or entirely ignored.

This is particularly tragic because the Church has long been the primary sociocultural proponent of one of the most universal forms of child physical abuse: corporal punishment. In his 1992 book Spare the Child: The Religious Roots of Punishment and The Psychological Impact of Physical Abuse, Philip Greven states that, “The most enduring and influential source for the widespread practice of physical punishment, both in this country and abroad, has been the Bible” (p. 6). This is particularly true for conservative and/or fundamentalist Christians. James Dwyer argues in Religious Schools v. Children’s Rights that fundamentalist Christians “uniformly support corporal punishment” (p. 21). In other words, the omission of any discussion about physical abuse in churches’ child protection policies is frequently intentional: churches avoid stepping into the corporal punishment debate.

The end result is that far too many churches are silent on the pressing issue of child physical abuse.

To some extent, this silence is good for business. There is, in fact, a vast Christian “child training” industry, including companies that sell spanking instruments (“Bible-approved rods”) and books on the spiritual necessity of corporal punishment. Christian advocates of corporal punishment encourage inflicting pain on children by a variety of means, including: belts, branches, cold water, dowel rods, hands, sitting on children, and wooden paddles.

Christian advocates of corporal punishment give glowing reviews for the superiority of the practice compared to alternatives. For example, the preeminent Christian psychologist James Dobson argues that corporal punishment is “the shortest and most effective route to an attitude adjustment,” that it “does not create aggression in children, but it does help them control their impulses” (The New Strong-Willed Child, 2004, p. 123). Tedd Tripp (Shepherding a Child’s Heart, 2005) argues corporal punishment “yields a harvest of righteousness and peace” and “is the deepest expression of love” (p. 36-7, 110). Reb Bradley (Child Training Tips, 1996) claims it is “a quick, simple way of teaching obedience” and “God’s only means of subduing the self-will and rebellion which resides in every child” (66-7).

However, the actual evidence and science behind conditioning contradicts these claims. As J.E. Durrant observed in 2010, “Physical punishment is not justified on the basis of effectiveness in increasing children’s immediate compliance” (Global Pathways to Abolishing Physical Punishment). Study after study after study has found that positive conditioning and reinforcement far outperform punitive-based conditioning. Punitive-based conditioning like corporal punishment can severely disrupt the process of child development, actually leading to an increase in child misbehavior.

Child advocates in the church are doing great work on educating members about child sexual abuse, but we cannot neglect child physical abuse.

Some Christians answer this question by pointing to King Solomon’s “wise” sayings, like “He that spares the rod hates his son” (Proverbs 13:24). Such Christians use these sayings as justification for striking their children. But look no further than Solomon’s son Rehoboam for the fruit. Rehoboam grew up to be an abusive, violent man, who had no problem inflicting further abuse and violence on those around him. 1 Kings 12:14 cites Rehoboam saying to his people, “My father forced you to work hard, but I will make you work much harder! My father punished you with whips, but I will punish you with whips that have sharp metal tips.”

We have allowed the anti-child doctrines of James Dobson, Tedd Tripp, and others like them to monopolize our churches for far too long. Children are not misbehaving dogs to whip with belts, like Dobson suggests in The New Strong-Willed Child.

Children are images of God, worthy of love and protection. 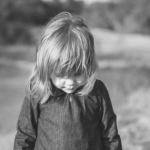 May 12, 2017
I’m Bad! Rewriting Fundamentalist Beliefs of Depravity
Next Post 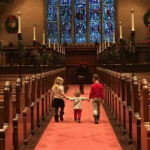 May 17, 2017 Is Your Personal Relationship with God a Dysfunctional One?
Recent Comments
0 | Leave a Comment
Browse Our Archives
Related posts from Unfundamentalist Parenting