How to keep on keeping on

In my dropped-out years in the early 1970s, I spent a year in a commune in the Bay Area of California. One of the posters of that countercultural moment in the sun was of a very hip-looking guy with exaggerated features walking along and the words “Keep on keeping on.” In its own way the picture was weighted with the meaning of a generation in transition, no longer wanting what was and not quite sure what was to come, a poetic and playful charge to keep at it, wherever your shoes took you.

The words are hard to live by, and harder as we get older. But some people do. For a thousand reasons known and unknown, they keep on keeping on. When my parents were in their last years of life, my father became increasingly sick and was unable to take care of himself. My mother slowly entered into the vocation of his fulltime caregiver. While on the one hand it was true that she had been that for the fifty-five years of their marriage, serving each other in love as they had, the last few years of their life together were very hard. She watched her friend and companion—a good neighbor to people near and far and a good scientist, whose work rippled across the country and around the world—become more and more disabled, almost completely dependent on her to care for him.

As we would talk on the phone across the country, with her in California and me in Virginia, I would regularly ask, “Do you still want to do this, Mom?” And again and again she said to me, very simply, “It’s hard to do this—but I want to do this. In fact, I’m glad to do this.” My father died the year of their sixtieth anniversary, in their home, with my mother by his side. The last years were a long ways from the hope and glory of their wedding day in Greeley, Colorado, at the end of World War II, at a time in their young lives when the whole world seemed open before them.

Promises made in hope, words from the deepest places of the heart and a life to be lived toget 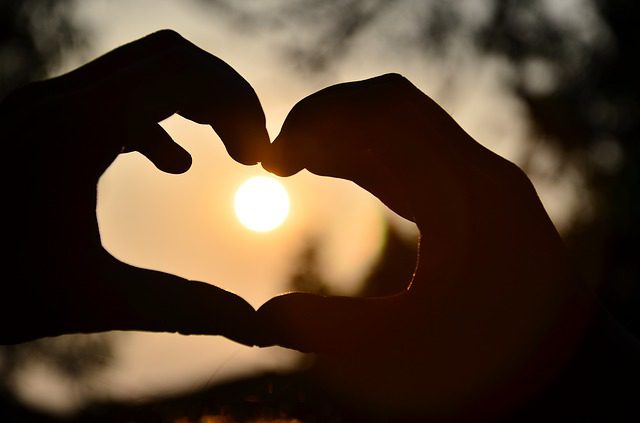 her—having no idea what the years would bring to them: moving for study to Michigan, and back to Colorado, and then to California, and then a decision with lifelong consequence to stay in California after my father’s studies were done. Along the way, they had four sons, whose lives would become stories with unimagined complexity, with the happiest of realized hopes alongside the crush of disappointments. It could not be otherwise: we are a family like every family, a normal family in an abnormal world.

Theirs was a long story of joys and sorrows, like human beings in every time and place. We choose and then live, not knowing what our choices will mean over the course of our lives. And the deeper truth is that none of us know what the next day will bring.

We cannot know anything from the outside, in abstraction. In marriage, in work, in politics, from moving into a neighborhood to visiting a new city or country somewhere in the world, we do not know until we do. Across the whole of life, it is only as we step in that we understand what we believe and what we love; it is only as we begin to live into that that we understand what our beliefs and loves will require of us. Words always have to be made flesh if we are going to understand them.