Creativity, Art and the Art Magickal

‘The important thing is to create. Nothing else matters; creation is all.’

We are not unique in our ability to create – the universe manifests the most beautiful created works of all. A star, a flower, a tree, a horse – each is more exquisite than anything we humans can produce. But as conscious beings, we share in the creative process of the Divine consciousness that permeates the universe. As beings of free will, we can choose to connect with the creative energy that manifests within the cosmos and to become channels of and instruments for it. Through our senses, we can translate inspiration into material forms and into images, words, and music. The creative act is a spiritual and magickal act. In choosing to express our creativity, we are assisting in the evolution of the universe by enabling it to express new ideas and visions.

Creativity and spirituality are closely linked

There are many forms of creativity beyond those that we usual label ‘artistic’. Some of us create new ways of doing things, others create new relationships and organizations, others create scientific breakthroughs, others create loving environments in which human beings can grow and flourish. Some of us cook, some knit, some create spiritual experiences that inspire others. Whoever we are, there will be channels through which we can manifest the creative instinct that is a core part of our humanness.

Creativity and spirituality are closely linked and Pagan spirituality takes joy in creative expression. We build beautiful altars to honour our Gods. We make robes, paintings and invocations to express our love for and our joy and wonder in the universe around us. The ancients thought creativity came from the Gods; from a deeper and wiser place than the individual who was the channel for that creative expression. Many artists, poets, musicians, dancers and writers experience their best and most imaginative work as coming from a place that is beyond the conscious mind. Often those who produce the most innovative work – work that is too innovative for its time – are people who feel inspired by the spiritual realm and sometimes directly guided by it. In some cultures, artists and poets speak of being in communion with a spirit, deity or muse who guides them. Others experience the spiritual realm in a more abstract way, as a deeper state of consciousness beyond the everyday ego.

The way up is down

In the silence that rings with sound,
I am still and hear your voice.
The transition of the formless into words –
the mind a still, receptive pool.
A thought drops in, disappearing –
a stone without splashing,
and rests in the depths,
the waters digesting it – slowly.
Is the stone a pearl?

To access the most creative and innovative part of ourselves, we may need to withdraw from time to time from the everyday world of busy conscious thought, to go within into silence and darkness to the place of dream and vision. Going to a solitary place in nature can help us reach within, but what we are seeking is not a physical place but a state of consciousness. We can also enter this state through ritual and meditation. Spiritual practice can help us access our creativity by teaching the conscious mind to let go of its censorship and control. An essential part of growing up is developing a sense of reality and of being grounded in the here and now, but we also need times when consciousness can flow free. Listening to music, walking in nature, meditation, running, chanting – all these are means of entering a different ‘place’ in our psyches that lies between sleeping and waking, between the world of thought and dream, between the worlds of symbol and speech. When we enter that place, we can find original inspiration that gives rise to radically new ideas and expression that can begin to change our world.

Art and magick, imagination and invocation

Art and magick, imagination and invocation, are creative acts that define us as humans. Our creative imagination is the origin of science and technology, of art and music, of all that makes us who and what we are. We seek to emulate nature, but we also seek breakthroughs into other states of consciousness that seem to take us beyond the universe as we know it through the physical senses. As photography and film liberated art from the need to replicate external images, artistic imagination sought new insights about the world around us. Just as the microscope revealed to us the beauty and complexity of the molecular world that our physical senses were not capable of seeing, so our minds began to range far and free and into the structures of light and sound, stripping away preconceived ideas about how to see and how to hear. Abstract art and new forms of music outraged conventional viewers and listeners. Their most radical creators were at first mocked, shunned and ignored by the mainstream. Does this sound familiar to Pagans – that radical new ways of seeing nature and society should be rejected?

Academics and intellectual scholarship have long sought refuge in the rational and to distance themselves from creative, spiritual and magickal thinking. This is changing. Something is happening in the intellectual realm. Old barriers disappear and prejudices are re-assessed as interest increases in the interchange of the artistic, spiritual and magickal worlds. This week I attended a conference at England’s University of Cambridge – ‘Visions of Enchantment: Occultism, Spirituality and Visual Culture’. This was a collaboration between the Department of History of Art, University of Cambridge, and the Arts University Bournemouth, in association with the European Society for the Study of Western Esotericism. The conference brought together professors from leading universities, historians of art from famous museums, and Pagans, magicians, artists and film makers  to explore the formative role that occultism and spirituality have played in the creation of Western and non-Western visual and material cultures. Important scholars such as Professor M. E. Warlick of the University of Denver, Professor Antoine Faivre of the Sorbonne, Professor Emilie Savage-Smith of the University of Oxford, and Dr Marco Pasi of the University of Amsterdam, discussed art, alchemy, esotericism, Wicca and Paganism. And lunchtime was enlivened by the unexpected sight of elderly professors wandering about with Marco Pasi’s Aleister Crowley and the Temptation of Politics tucked under their arms.

This engagement is not easy. The economic downturn means that money to study such subjects is scarce. But there has been a sea change in that there is a willingness on the part of academic scholars to engage with the realm where creative and spiritual imagination meets, a realm of which contemporary Paganism is an important part. Does this matter for Pagans who are not academics? I think it does. Bridges of understanding are being built between mainstream thinking and contemporary Paganism. Now we must generate the ideas and thinking necessary to cross them. 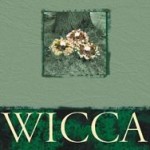 February 21, 2014
Silver Anniversary – Wicca: The Old Religion in the New Age
Next Post 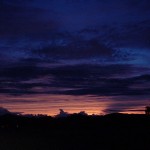 April 18, 2014 Wicca and the Spiritual Quest
Recent Comments
1,416 Comments | Leave a Comment
"Almost all neo-pagan invention. For example:1. No, Yule was not a Solstice festival. The accounts ..."
David Mottram Reclaiming Christmas: Let’s Party Like Pagans
"Pretty much any religious ideology or practice can be considered a fad and had to ..."
Corey Christian Isis: A Multi-Cultural Goddess
"This is a great article (still), and much appreciated! Since the http://eleanorbone.org/ site no longer ..."
Wren Caprimulg Honoring the Ancestors – Eleanor ‘Ray’ ..."
"Were there any posts after this one? I've missed seeing her posts. Hope everything is ..."
Sea Queen Light in the Darkness on Brigantia’s ..."
Browse Our Archives
get the latest from
Pagan
Sign up for our newsletter
POPULAR AT PATHEOS Pagan
1