In Memory of Giordano Bruno, Martyr

Love grants me such a lofty vision of the truth …

On Thursday February 17, 1600, ashes of victim of the Inquisition Italian monk Giordano Bruno were being borne on the breeze through the windows of the residents of Rome’s Campo de’ Fiore. Religious and political movements all have their martyrs – those who die rather than give up what they believe to be true. Most of us do not live under political and theological systems that will kill us if we disagree with them, but some of our brothers and sisters outside the Western world do live under such regimes. And in these early days of the Pagan revival, those of us in the West still need courage to manifest new ideas in a sometimes hostile and skeptical society. Remembering our heroes can help us find the courage we need.

So who was Giordano Bruno?

Giordano Bruno (1548-February 17, 1600), renegade Dominican monk, was born in Nola, just outside Naples, and baptized Filippo. As a child he had mystical experiences and saw spirits in the beech and laurel covered foothills of the volcano of Mount Vesuvius. The seeds of a Pagan nature mysticism were there but, like other spiritual and intellectual boys of the time, he was directed towards a career in the Church. At age 15 he entered a Dominican monastery, where he was renamed Giordano.

The Dominican order was not the wisest choice. It was dedicated to religious orthodoxy, so much so that it had been put in charge of the Inquisition. It was no place for the questioning mind. The young Giordano was bright, too bright, and subversive. He encouraged his fellow seminarians to read way beyond the confines of the authorized texts. This and a satirical play about Church corruption brought the wrath of his superiors down on his head. Hiding a heretical book in the latrine, he fled just ahead of being arrested for heresy.

The centers of challenge to the Church of Rome were the countries turning rapidly to Protestantism. Giordano hoped to find safe haven in Switzerland or Germany, but the new Protestants seemed to him as fanatical and bigoted as the Catholics he had left behind. Giordano found a more liberal and hospitable climate in Paris, where the King was sufficiently impressed by his lectures to offer him a professorship. This gave him the opportunity to finish one of his first major writings, De umbris idearum – Shadows of Ideas (1582), based on Plato’s Republic. The book set out a memory system using zodiac images – the thirty-six heavenly decans described in Cornelius  Agrippa’s De occulta philosophia – and began to reveal the depths of Giordano’s heretical ideas.

Christianity had a very different vision of the Earth and its place in the cosmos from the one we hold today. For theologians, there was but one cosmos – the one we inhabit, which was created by a single Divine being in six days, with the planet Earth at the centre, and human beings at the summit of creation. The problem was that people had invented glass, and lenses, and the ability to use them to observe the heavens. From the 16th century onwards, as more and more telescopes were built, a few simple observations showed that the religious worldview was wrong. The Polish astronomer Copernicus had already declared that the Sun and not the Earth was the centre of our heavens. Giordano Bruno was prepared to go further.

At the court of the Virgin Queen

Giordano was also going further geographically – to England. At the age of 35, he arrived in London, joined the household of the French Ambassador, and was received at the court of Queen Elizabeth I. The Elizabethan court was in many ways an ideal home for the forward-thinking. The magician and mathematician Dr John Dee was Elizabeth’s personal astrologer. Not only men, but women in her court, such as Mary Sidney Herbert, Countess of Pembroke, were philosophers, writers, or had strong interests in science, alchemy and magic. At the University of Oxford, Giordano was invited to lecture on the immortality of the soul. This was nothing exceptional, as it was a standard belief of the time, but Giordano’s ideas of immortality embraced reincarnation and this did not find favor with Oxford academics. Giordano’s popularity waned, but his stay in England enabled him to write and publish some of his major works, including De la causa, principio e uno –  Cause, Principle and Unity and De l’infinito universo et mondi – On the Infinite Universe and Worlds.

Challenging theologically endorsed ideas of the universe was dangerous enough, but Giordano went beyond science. If the cosmology of Christianity was wrong, then the religion needed to be revised and revived. We needed not Protestantism, he argued, but an entirely new form of religion, based on evocative deity forms that matched the new scientific revelations. We needed a religion based around the sun. Where could the seeds of such a religion be found? In The Expulsion of the Triumphant Beast – Spaccio della bestia trionfante (1584) – he gave his answer: they were in the Paganism of Ancient Egypt, of course. What was obvious to Giordano must be obvious to others, if only he could get a platform to convince them.

Not universe but multiverse

None of Giordano’s views would raise an eyebrow today. In fact, he was in a sense a prophet of scientific advance, foreseeing many contemporary ideas about cosmology. The universe is not finite, he argued, but infinite. There is not a single universe but a multiverse – infinite numbers of universes that contain infinite suns with inhabited planets like our own, and the night stars are the suns of other universes. But Giordano had the misfortune to be born ahead of his time, a time when free speech was not a core ideal of Western countries; a time when saying things that went against the prevailing theology could result in torture and death.

Tricked into returning to Italy, Giordano was quickly arrested and years of imprisonment and interrogation followed, until a final list of charges was drawn up. Apart from denying various Catholics doctrines, Giordano was accused of believing in a plurality of worlds and their eternity, in metempsychosis and the transmigration of human soul into animals; and in dealing in magic and divination. His crimes were science and Paganism.

On February 17 1600, Giordano paid the price for his ideas and was burned at the stake, having declared defiantly to his judges:

You tremble more perhaps in pronouncing this judgment than I in receiving it.

Short, slight, red-headed and pugnacious, one of Giordano Bruno’s first books was La Cena de le ceneri – The Ash-Wednesday Supper (1584), in which he first intuited the radical implications for theology of Copernicus’ heliocentric universe. Powerful imagery of fire and ashes played an important role in his writing. His end in fire and ash, on the day after Ash Wednesday 1600, was terrible but perhaps in some way foreseen. And it was not a defeat. Giordano burnt, but his memory lives in the minds and hearts of all those who find in science, not a challenge to spirituality, but wonder, marvel, and reverence.

For from the ashes of the fire, the Phoenix is reborn,
and out of death comes forth new life, though in another form.

Read this article in: French, Italian, Polish, and Spanish. 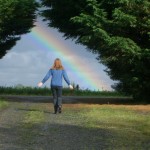 March 20, 2015 Farewell Sir Terry Pratchett
Recent Comments
0 | Leave a Comment
"Almost all neo-pagan invention. For example:1. No, Yule was not a Solstice festival. The accounts ..."
David Mottram Reclaiming Christmas: Let’s Party Like Pagans
"Pretty much any religious ideology or practice can be considered a fad and had to ..."
Corey Christian Isis: A Multi-Cultural Goddess
"This is a great article (still), and much appreciated! Since the http://eleanorbone.org/ site no longer ..."
Wren Caprimulg Honoring the Ancestors – Eleanor ‘Ray’ ..."
"Were there any posts after this one? I've missed seeing her posts. Hope everything is ..."
Sea Queen Light in the Darkness on Brigantia’s ..."
Browse Our Archives
get the latest from
Pagan
Sign up for our newsletter
POPULAR AT PATHEOS Pagan
1

Hoodoo How We Do: Underwear Spells
Voodoo Universe
Related posts from Greening the Spirit 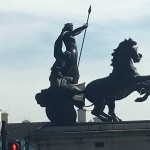 Pagan
Equinox Greetings from Spring in the South to...
Greening the Spirit
TRENDING AT PATHEOS Pagan