Everything I Needed to Know I Learned From the Marvel Cinematic Universe April 26, 2019 Paul Asay

The Marvel Cinematic Universe has been building toward this moment for 11 years and 22 movies. And after the crushing cliffhanger of Avengers: Infinity War, I’ve been waiting for this movie like a 7-year-old kid waits for Christmas morning.

Avengers: Endgame was just what I wanted to find underneath the tree.

I’ve got lots to say about Endgame, but I’m not going to do it now—not with so many of you still looking forward to watching the movie unspoiled. (I will make a couple of references to the movie, but I promise that’s it.) Instead, as the cover closes on this book of the Marvel Cinematic Universe, let’s look at the MCU as a whole, and some of the surprisingly resonant messages we’ve seen in all its many chapters.

So in honor of the MCU’s 21 previous movies, here are 21 valuable lessons they’ve given us. (Caution: While nothing in Endgame will be spoiled here, some plot points in previous MCU movies will be.

1. Being different is cool. Lots of kids may leave Marvel movies wondering what sort of superpowers they’d want to have. And that’s fair enough. But when you look at the MCU as a whole, it’s really about how our differences not only make us who we are, but they make us special. And that’s a great encouragement to those of us who never quite fit in at school. Maybe Tony Stark was studying quantum physics while the other guys were playing football. Maybe while other girls were dreaming of their prom dates, Carol Danvers was dreaming of flying fighter jets. Rocket Raccoon may not be thrilled about, y’know, being an overgrown rodent. But that didn’t stop him from becoming a hero. The MCU reminds us that it’s not just the world’s chiseled wunderkind that can do great things (I’m looking at you, Thor). If we use the gifts that God gave us, we too can become heroes. But …

2. Sure, individuality’s great. But community’s crucial. “I work alone.” How often have we heard or seen a variation of this in the Marvel movies? Thor doesn’t fancy joining the Avengers at first. Gamora is horrified by the folks who become the Guardians of the Galaxy. “I’m going to die surrounded by the biggest idiots in the galaxy,” she says. Really, more than half the heroes we meet are moody loners—all of them quite sure that any “help” would just get in their way. We know better, of course. Only by becoming a team do these superheroes stand a chance against their most powerful enemies. And the most touching illustration is maybe the climax of Guardians of the Galaxy, where a bunch of ragtag galactic outcasts join hands to stop a planet’s destruction. But those critical communities never form unless you …

3. Embrace each other’s differences. I think it’s pretty interesting how often the armies our superheroes face are, essentially, faceless themselves: the Chitauri legions from The Avengers. The cookie-cutter robots from Avengers: Age of Ultron. The zombie warriors from Thor: Ragnarok. In contrast, we look at the good guys who fight them, see their diversity and we understand that their power comes from the fact that they all have different strengths. It’s pretty strange, then, how so often when we look for real-life communities of our own, we look for people who think and act as much like us as possible. 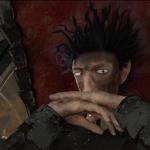 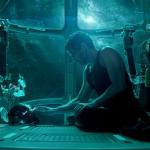 May 7, 2019 Endgame is All About Colossal Failure—and Second Chances
Recent Comments
0 | Leave a Comment
Browse Our Archives
get the latest updates from
Watching God
and the Patheos
Entertainment
Channel
POPULAR AT PATHEOS Entertainment
1