What Makes a Woman Beautiful? (I asked a man)

What Makes a Woman Beautiful? (I asked a man) September 6, 2014 Lisa Mladinich

Two 15-year-old boys were standing in line at a sporting goods store with their hero, a super-cool 18-year-old with long hair and a combination of personal charisma and intelligence that had them hanging on his every word. The year was 1969, and my friend Jeff was one of the two young pups in the tow of this intriguing fellow.

As the line moved forward, the overweight female cashier came into view and the pups started smirking and laughing at her–not loud enough for anyone else to know what they were laughing about or who they were mocking, but enough to get their cool friend’s attention. He understood immediately and grabbed them both by their shirt collars, dragging them off the line.

Jeff and his friend stood open-mouthed in silent protest.

They looked. They really looked, this time.

“And what about her hair?”

According to Jeff, now in his fifties and happily married, he can’t remember the name of the cool friend, but he will never forget the lesson.

He told me this story while he was cutting my hair, the other day. Jeff owns a salon, here in New York. I’m sure one of the many reasons his business has been successful for more than twenty years is that he’s a truly nice guy who loves a good talk about almost anything. (We generally get into something interesting while I’m being transformed into a hair goddess.)

Jeff is one of those rare people who really listens, but he also tells great stories, like the one that began this post. We agree to disagree about a lot of things, but we both appreciate hearing other points of view. In other words, we don’t get screaming mad and start insulting anyone who disagrees with us. The conversation is the thing.

Today, I asked him what he really thought made a woman beautiful–and I asked him not to say what he thought I wanted to hear.

“She has to be aesthetically pleasing,” he said, with a look that meant, Sorry, that’s just the way it is; I hope you understand.

“But after that, it’s her smile. Even before intelligence. You can teach ANYONE to be intelligent. But that’s her soul–her smile.” 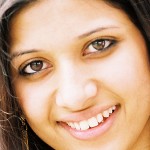 He went on to tell me about a study in which five-year-old children were shown a selection of photos of women and asked to choose the most beautiful ones. Half the images were of the most gorgeous women in the world: models, actresses, and so on. But none of them were smiling. The rest of the photos were of “ordinary” women, smiling. Guess who the children picked, one-hundred percent of the time, as being beautiful?

Mmmhmm. Jeff smiled as he made his point.

“When I first met my wife, she wasn’t at all what I would have called…” he waved his hand to indicate that he was not attracted to her. And then his eyes went soft. “But now she’s the most beautiful woman in the world.”

When I asked what changed, he said, “I fell in love with her!” 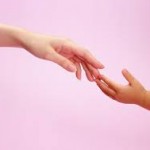 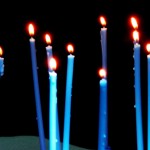 September 8, 2014 Happy Birthday, Mary! A Novena of Beauty
Recent Comments
0 | Leave a Comment
"It looks like a wonderful book- would be grateful to win it."
Karen Hejka #GIVEAWAY: Learning to Love With the ..."
"I, too, had Our Lady come to me. I have only ever told one other ..."
janeasinner My Own Battle Against Darkness and ..."
"glad you enjoyed, it Mary!!! Good for you!"
Lisa Mladinich #GetUp&DANCE_Wednesday! #Merengue!
"That was fun. And fast!"
Mary E. #GetUp&DANCE_Wednesday! #Merengue!
Browse Our Archives
get the latest from
Catholic
Sign up for our newsletter
POPULAR AT PATHEOS Catholic
1 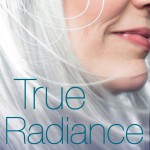 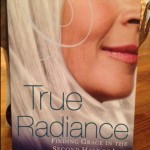 Catholic
It's Human to Be Sad and Joyful: My...
Water into Wine by Lisa Mladinich 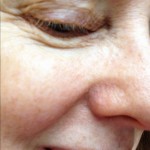 Catholic
Lines in My Face: Countdown to Eternity?
Water into Wine by Lisa Mladinich
TRENDING AT PATHEOS Catholic