I grew up in a fundamentalist church.

The first skit I ever wrote and performed was a puppet show for VBS where I told the creation story with a trouble-making puppet.

I used to get on IRC back in the mid-90s and argue with atheists who tried to convince me the world wasn’t created in exactly six days. I was so proud of myself for not being swayed away from what I knew was true: The world was young and created by God in less than a week’s time. Evolution was a lie. The Big Bang was a lie. The Bible was the literal truth.

All those people were out there questioning and doubting God’s word, but not me. I was out there speaking the hard truth in the face of all that opposition.

Everything in that world was an absolute. We even had the bumper stickers to prove it:

“The Bible says it. I believe it. End of story.”

There wasn’t any room to ask, “But is that really what the Bible is telling us?”

There wasn’t room for hard questions. No room for difficult situations.

You either followed the Bible or you didn’t. Simple as that. I mean, it’s inspired scripture. Why wouldn’t we just simply obey?

I thought fundamentalists were the only real Christians. If someone came along and said they didn’t believe everything in the Bible was 100% literally factual, we’d just say they were cherry-picking. They were just selfish people who wanted to do what they wanted to do, so they chose what they wanted to ignore from God’s word. They thought they knew better than God. What arrogance! What willful disobedience!

When the church that taught me to interpret the Bible literally, with no grace at all for the struggling, stumbled in a big way, I had a Very Big Crisis of Faith. I couldn’t live with the cognitive dissonance of supporting a literal, 6-day creation or some of the other literal interpretations I’d been taught. So, I figured I wasn’t a Christian anymore. I still believed in God. I still had a connection to Jesus, though it was seriously clouded by some beliefs I’d picked up. So many other Christian groups would have considered me one of them, but not the fundamentalists I’d known.

I abandoned organized religion. I couldn’t see any place for myself there.

Some Christians accuse me of not being a “Bible-believing” Christian now. They say I don’t love the Bible.

Part of what drew me toward Catholicism was that the Bible isn’t idolized in the ways I experienced growing up. It’s important, but it’s not the most important.

I’m here for Jesus. Scripture is a tool I use to that end, but its not an end in itself. We have other tools we can use as well, but the goal is Christ.

When I look back, the thing that disturbs me most is that the weaponization of the Bible helped separate me from the body of Christ.

It means that some Christians have misinterpreted it and misused it. When our understanding of something harms people who want to believe and want to be obedient, and drives them out, maybe we don’t actually understand it as well as we think we do.

The Bible is good, and it’s true, though our understanding and application are sometimes wrong.

I worry that I drove people away when I was younger, and more zealous, and so much less aware of my own ability to do harm in the name of God.

I hope anyone I hurt can forgive me for that, and I hope God doesn’t hold it against them if I was the one casting them out.

I hope God can forgive me for my part in that, and I hope I won’t repeat those sins again. I hope I don’t weaponize good things because I’m not willing to look at the hard questions. 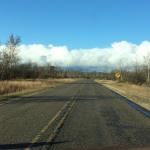 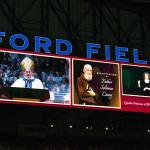 July 30, 2018 Reflection on Bl. Stanley Rother and Bl. Solanus Casey
Recent Comments
0 | Leave a Comment
Browse Our Archives
get the latest from
Catholic
Sign up for our newsletter
POPULAR AT PATHEOS Catholic
1

Can the Latin Mass Restrictions Heal...
Femina Ferox
Related posts from Way Station in the Wilderness