It’s taken me a few days to collect my thoughts after reading the Letter to the People of God Pope Francis put out on Monday. The first sentence was jarring for me, so I wanted to take some time to think before posting about it.

“If one member suffers, all suffer together with it.”

That verse hit me hard because I know the surrounding scripture very well.

In 1999, I highlighted 1 Corinthians 12:27 in the new Bible my church had just given me to celebrate my high school graduation. I stood alone in front of my church and read that verse out loud in an attempt to light a fire under my congregation. I wanted them to hold a predator accountable for his actions.

“Now you are the body of Christ, and each one of you is a part of it.”

Nobody was listening that day.

The only reaction of any kind I received was a woman who berated me after church for what I’d done.

I think I understand what Pope Francis is suggesting here, and if I do understand him, I agree. We should all stand in solidarity with victims. It’s easy for us to think, “Well, I’m not abusing anyone, so it’s not my problem.”

What he says here does help combat that. It could help to stop the sort of verbal beating I received for speaking out. It sensitizes us better to the pain that victims endure. I totally get that.

But we have to be very clear that there are different levels of accountability here. We are not all equally accountable for the abuse. If I do something, as a layperson, to encourage the type of culture that abuse can flourish in, then yes, I need to address that. I think praying and fasting could help with that.

We can’t equate actively abusing someone or actively covering up that abuse with being complicit in some lesser way, though.

A predator made the choice to target me. He is accountable for his own actions.

My church council members made the choice to enable him and shelter him from justice. They are accountable for their actions.

The average member of my church, who was just sitting in a pew watching parts of this unfold, is also accountable for any way they were complicit or indifferent, but they do not bear the burden that predator or those who actively enabled him bear.

And the one member of my church who vocally supported me and revoked his membership over what happened bears no guilt at all.

When I stood up front that Sunday morning and read from my Bible, I read from Matthew too.

We have to operate and scrape out the infection. Nobody who abuses another person or actively enables that abuse is of Christ. They are not actually part of our body. They must be cut out or this infection will continue to spread.

I hope this letter from Pope Francis is just a start. I believe it’s wise to begin with encouraging more solidarity with victims and loosening the power of clericalism, but we have to take action soon as well. Anyone who was involved has to go. There is no way forward without that.

I left my church because my church allowed that predator to stay. Predators and prey can’t coexist.

I got tired of making do with reading the Bible online and bought a Catholic Bible. Then the Pennsylvania Grand Jury Report came out, and the first time I opened that Bible was to look up scripture I wanted to quote on the blog post I wrote that night.

Now I own two Bibles that were broken in because I was looking for something to say about predators.

Nobody listened to an eighteen-year-old girl in 1999. 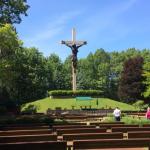 August 20, 2018
The World's Largest Crucifix: When We Need God to be Big
Next Post 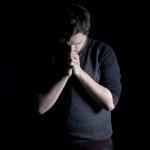 August 27, 2018 Discerning Spirits in the Age of #ChurchToo and Fake News
Recent Comments
4 Comments | Leave a Comment
Browse Our Archives
get the latest from
Catholic
Sign up for our newsletter
POPULAR AT PATHEOS Catholic
1

What If Someone You Love is...
Public Catholic
Related posts from Way Station in the Wilderness