A couple of weeks ago, a good chunk of my town went offline for over a week. I’m back up now, though the connection still blinks out for a few hours each day because rural living, y’all.

Now I’m trying to scramble and catch up on all the things I couldn’t get done while I was offline. Like most people, I do pretty much everything on the computer. I kept freaking out about my checking account balance getting low without me knowing about it. I mean, I could have driven five miles and gone to the bank to move money around, but what is this, 1998 or something?

The first couple of days were rough. I had to watch live TV with commercials. My kids whined constantly about not being able to watch videos on their tablets. It was as if they could badger me into sprouting cables from my body that would bypass the inactive lines and hook into their devices. I fought back by telling them stories about what we used to do back in the olden days, when there was no internet and our TVs had knobs, but then I realized that was a bad idea. We used to do a lot of dumb things out of pure boredom before the internet, and I probably don’t want to encourage my kids to dig up my lawn with the good spoons because they’re looking for buried pirate gold.

About the third night, I realized it was kind of nice to have a break from social media. Nobody stopped by my house uninvited just to tell me I’m wrong about something I’m definitely right about. I didn’t hear every reason the world is a terrible place from 20 neighbors all at the same time. (I don’t even have 20 neighbors.) Not one single friend of a friend of a friend tried to get me to join their MLM team.

It was pretty freakin’ sweet.

Spend as much time as you want on the internet. I’m not your mom, and even if I was, I’d probably sit you down and make you look at memes or watch something funny on YouTube because my parenting strategy is to turn my kids into geeks so I’ll have people to talk to about the new season of Doctor Who.

I bought a Bible, after not touching one for almost a decade, because someone on Facebook added me to a Bible Discussion group. I got so irritated at the fundamentalists in the group, I wanted some biblical ammo to throw at them during arguments. Then I actually, you know, read that Bible and actual scripture started replacing the twisted interpretations of scripture I’d had stuck in my head for so long.

Social media opened the door for me to come back to the faith.

When I saw that small opening, I wanted to learn about other ways of being a Christian that didn’t involve the fundamentalist faith I’d known when I was younger. A religion can look awesome on paper, and be a total mess in practice, so I didn’t want to just read about different traditions. I wanted to interact with people who were living out their traditions.

I found a Christian subreddit and started talking to people from different backgrounds. Some users gave me advice about what to look into. Some of them shared their personal experiences with me. Some of them told me I was definitely going to hell, and one Catholic dude was convinced I was the leader of the Lavender Mafia on Reddit even though I’m straight, I wasn’t Catholic then, I had to google Lavender Mafia because I didn’t know what he was talking about, and I’m not the leader of, well, anything. (I mean, it is the internet, so this stuff happens.)

Through Facebook, I reconnected with a friend who’d converted to Catholicism a couple of years earlier. I also reconnected with some friends who’d deconverted from fundamentalism since I’d known them. I’m not claiming we all got along and never argued with one another (because we totally argued with each other about religion), but it was comforting to know I wasn’t the only person asking questions or reevaluating where my place might be.

Reddit gave me the freedom to be anonymous as I explored different options. (Five years later, I’m good friends with some of those strangers I met on Reddit.) I had the opportunity to ask questions and get hundreds of different answers that spanned the Christian spectrum. (Honestly, I didn’t even know Eastern Orthodox Christians existed until I met some on Reddit.) I learned more about Catholicism during that time from users who were currently Catholic or had been in the past. I found some patterns in user behavior, with some Christians traditions (or subsets of those traditions) attracting more, well, absolute jerks who refused to even attempt to show kindness than others attracted. (Fruits and all.) That really helped me narrow down my options. Don’t underestimate how far basic respect can take you.

When I decided to go to Mass for the first time, I was totally freaked out about it. A couple of my Catholic friends told me to relax and it wasn’t a big deal, but I was positive I’d wind up doing something accidentally sacrilegious and the priest would stop in his tracks, thrust an accusing finger in my face, and scream at me to get out while mothers clutched their children tight. I mean, I grew up Mennonite. The only time we move around in church is when someone says, “Potluck’s ready to go!” I vaguely knew there was some kneeling or maybe some chanting or something going on in Mass, but that was it.

So, thanks, YouTube. You showed me what goes on during Mass so I could get over my weird anxieties about getting thrown out for not having all the moves down. (And thanks again, Facebook, because when I actually went to Mass and everyone made some sort of gesture over their faces while mumbling and I didn’t know what was going on, I came home and messaged one of my friends who explained it to me.) YouTube is also how I learned to pray the rosary back when I was sneaking around doing that without telling anyone.

There were a few people who joked about converting me, and a couple who definitely wanted me to convert, but nobody was being pushy. Nobody on social media was actively trying to convert me, but social media totally converted me. It provided me with opportunities to connect with people from all sorts of different traditions. I’m a little cagey about sharing my entire conversion story (because I hate elevator pitch testimonies), but I wouldn’t even have a conversion story without social media.

I enjoyed my temporary, involuntary exile from the online world. Social media stresses me out sometimes, especially over the past couple of years. Maybe everyone who gives up Facebook for Lent is onto something.

Even though I appreciated the break, I treasure the connections I’ve made. I’ve built solid friendships with some of the most loving and generous people I’ve ever known. Somewhere between all the lengthy and unnecessary online arguments I’ve gotten involved in, I’ve had the chance to talk to people with wildly different life and faith experiences, and that’s helped me pop some of my personal bubbles and see where I’ve still got some blind spots. I’ve finally settled into a faith tradition after living off berries and bark in the wilderness for almost twenty years.

Social media is what we make it. We are social media, and if we’re reflecting Christ, well…

I guess the moral of the story is be careful with your social media interactions because, unless you’ve struck up a conversation with a bot, there are actual human beings on the other side of your screen. And you just might accidentally convert someone like me. Then you’re stuck with us. 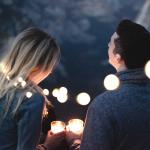 September 20, 2018
Crossing the Line: Friendly, Flirty, or Harassing?
Next Post 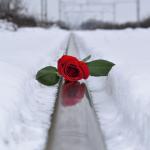