Most sexual assault survivors are supportive of other survivors, but sometimes a sexual assault victim comes along who isn’t supportive. Sometimes these victims are outright hostile toward survivors. It can be hard to understand why these fellow victims would try to throw other victims under the bus. In my experience, there are a few reasons this might happen, and I believe it’s important for us to be aware of these reasons as we’re having these difficult conversations.

For whatever reason, many victims believe it’s safest to remain silent. As much as I support reporting, in some cases, that’s accurate. It’s not always in the victim’s best interest to report. However, it is in society’s best interest for most victims to report since we can’t fix something when we don’t know there’s a problem. And that’s where things get messy.

We don’t like to feel judged about the choices we make. Some people are capable of understanding their situation isn’t the same as everyone else’s situation, so they can understand that someone else making a choice that’s different from their own doesn’t mean they made the wrong choice. Other people don’t see the world that way. They feel like anyone who has made a different choice is saying the choice they made was wrong. When you see reporting sexual assault in that light, it’s easy to see how victims who don’t report could feel judged and attacked simply by the fact that other victims have reported their assaults. It comes from the “my way is the only correct way, in all contexts” line of thinking.

Most survivors who have reported their assaults aren’t actually judging anyone who doesn’t report. We understand the cost. Most of us advocate for coming forward in your own time, when and if you feel you can handle it. Some people will never be able to handle it, and that’s OK.

When you see someone who says they’re a victim, but then comes down on victims who make their accusations public, this might be what you’re actually dealing with. They might feel judged and feel like the safety of their silence is being threatened, not by predators, but by victims who refuse to be silent.

They may even feel guilty about staying quiet while so many other survivors are out there speaking up. Guilt is a powerful motivator. Rather than dealing with their feelings of guilt, they might go for avoidance of triggers instead. Instead of realizing the prevalence of sexualized violence in our culture is the actual trigger, they’ll go after the safer target: victims who are speaking up and reminding them of their own trauma.

Anyone can be the victim of sexual assault. Women. Men. Straight. LGBTQ. Adults. Children. Elders.

And jerks. Jerks can be sexually assaulted too.

I want to be clear. Nobody deserves to be sexually assaulted. I’m out here advocating for the right of jerks to live their lives free of sexualized violence too. But it’s important to understand that a person being a victim doesn’t somehow make them exempt from being, well, kind of terrible.

People tend to have this vision of the perfect victim when they talk about these cases. If someone doesn’t fit that image, they’re mentally discarded from the label. But that’s not reality. In reality, someone can be both a victim and a victimizer. Victims can actively work against other victims and enable abuse to continue.

Challenge to Their Belief System

It’s easy to point the finger at other groups when sexualized violence is exposed. It’s much harder to look inside our own walls and acknowledge it.

Some victims will turn on other victims when it threatens their belief system or their “tribe.” The reality is sexualized violence is a problem for every group of people. Nobody is immune.

We tend to get defensive when our worldview is challenged. Often, it’s not about the allegations so much as it’s about these victims refusing to evaluate their belief systems. When someone’s identity is wrapped up in something like a political identity or a religious identity, even victims who might otherwise empathize with fellow victims will turn on them and go on the attack. Even if they aren’t consciously aware of doing it, they’re willing to sacrifice their fellow victims on the altar of pride to maintain the comfort of believing they’re right.

It’s a defensive move that isn’t based in reality or logic.

Misunderstanding Assault or Not Wanting to Face it

Some victims will downplay what happened to them as a coping mechanism. Full disclosure: This is something I personally struggle with, so I get it.

It’s a difficult position to be in. When we were walking around with our stories in isolation, it was much easier to pretend we had overreacted to what happened. It’s not so easy when you realize just how many other survivors are out there with stories identical to yours, and just how big of an impact it had on them.

I’m not saying someone who has coped well with their assault needs to suddenly have a meltdown. I’m talking about people who never did cope with their assault. They never actually worked through it because they were too busy acting like it wasn’t a big deal.

We’re a year into #MeToo. One of the most important things I saw last year was survivors realizing it’s OK to view their own assaults as a problem. It gave us permission to call assault what it is instead of pretending it’s normal behavior. When a man just up and grabs your breasts when you don’t want him to, that’s assault. There’s no reason to downplay it just because it wasn’t worse. Being groped is more than bad enough to justify the impact it had on you.

But some survivors still aren’t there. For years, some of us walk around saying, “Well, what happened to me wasn’t really sexual assault,” when it absolutely was. That doesn’t mean we all need to have equal reactions to it. If someone is able to move forward from it fairly easily, that’s valid, but it doesn’t make her experience any less of an assault.

Some victims want to believe that it’s normal for boys to grope girls. If they believe it happens to everyone and it’s no big deal, then they don’t have to deal with seeing themselves as a victim of assault. It’s how they avoid dealing with their own issues.

The trouble with that is it minimizes the sexual assault of survivors who are speaking up. It adds to the trauma these other survivors are facing when they get the courage to speak up, and someone with an identical experience swoops in to shut them down and tell the world what happened to them wasn’t actually a problem.

How should we handle this issue?

Victims shutting down other victims is a huge problem. While we’re out here trying to convince everyone that sexual assault is a problem and does need to be addressed, some of our fellow victims are out here actively working against us.

This is why it’s so dangerous when victims weaponize their victimhood against other sexual assault survivors. There is no reason to tolerate it, even from fellow victims. We can try to be gentle with them when this happens, and understanding why some victims behave this way is helpful for that, but we also need to hold them accountable for getting in the way of positive change. After all, we’re trying to help all victims, including the ones who are working against us. 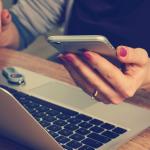 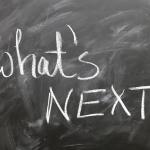 October 8, 2018 Battle Strategies: Where do we go from here?
Recent Comments
6 Comments | Leave a Comment
"Ok, fine. A complaining female. Next."
Sean I’m a Mother and I Can’t ..."
"Hmmm, the focus is on ‘your mother’ not you, little selfish snowflake."
Sean I’m a Mother and I Can’t ..."
"So, like, what do you think you’ll do?"
Sean When Christmas is a Trauma Trigger
"Excpt, of course, you are. That's why metrosexuality exists, that's why boys are drugged to ..."
Theodore M. Seeber Converting to Catholicism as a Feminist
Browse Our Archives
get the latest from
Catholic
Sign up for our newsletter
POPULAR AT PATHEOS Catholic
1