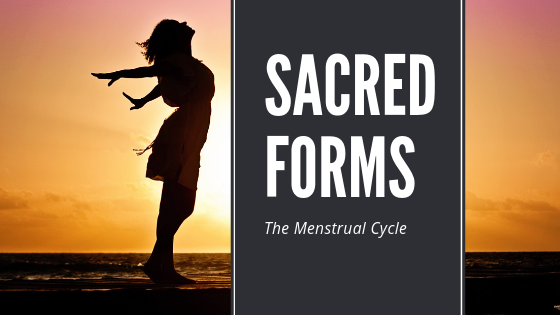 The menstrual cycle may seem straight forward, but there’s more going on than most people realize. Since this is something most women experience about 450 times during their lives, it’s important for women and men to understand it.

After puberty, a woman’s body goes through the menstrual cycle about once a month (Your Mileage May Vary.) It’s kicked off by complex hormonal changes that originate from different places within her body.

The menstrual cycle begins on the first day of a woman’s period. Estrogen and progesterone hormone levels at this time are low. The hypothalamus (the part of the brain that control the autonomic nervous system) releases a pulse of gonadotropin-releasing hormone (GnRH) into the blood stream. This travels to the pituitary gland and causes it to release follicle stimulating hormone (FSH) and luteinizing hormone (LH).

Several of the many follicles in a woman’s ovary to begin maturing. Each follicle contains an egg cell that could potentially mature. When I say “many follicles,” I mean it. Women are usually chilling with hundreds of thousands of those little buddies, and they’ve been with us since we were born.

Over the next week or so, only one of these follicles continues to grow while the others are absorbed back into her ovary. The ovaries increase the release of the estrogen during this time. Increased estrogen from the follicle causes the lining in the uterus to thicken in preparation for a fertilized egg.

Around the 14th day of her cycle, a woman’s estrogen levels are at their highest. This high estrogen causes her pituitary gland to reduce production of FSH. The most mature follicle bursts and releases the egg inside. This is ovulation, which has to happen for a woman to get pregnant. Pregnancy can’t happen if an egg isn’t released.

Around the same time, the estrogen in her body changes her cervical mucus to make it easier for sperm to enter through the cervix and eventually reach her egg. Some women can estimate when they’re ovulating based on their cervical mucus while other women don’t notice much, or any, change. (All women are different, after all.) Women are most likely to get pregnant if they have sex a few days before or on the day of ovulation, though it can sometimes be difficult to nail down the exact day of ovulation. An egg can survive for about a day while sperm can survive in a woman’s reproductive tract for up to 5 days. That means a woman could have sex almost a week before ovulating and potentially get pregnant.

During the next week, the ruptured follicle produces progesterone. This hormone causes the uterine lining to continue thickening. The egg moves down a woman’s fallopian tube. If she has sex, sperm might fertilize the egg as it moves down the tube. Most of the time, eggs are fertilized in the fallopian tube, not in the uterus.

If fertilized, the egg, now called a zygote, would travel (baby’s first road trip!) until reaching the uterus, where it could attach to the thickened uterine lining and continue growing.

If her egg isn’t fertilized, it breaks up in her uterus. Her estrogen and progesterone levels drop dramatically, which causes the lining in her uterus to shed and leave her body through her vagina. This is Day 1 of her period and the beginning of a new menstrual cycle.

Women don’t have identical experiences during menstruation. Some women have short periods that only last a couple of days. Other women have periods that last more than a week. Both can be normal and don’t necessarily indicate a medical problem.

As menstrual blood leaves a woman’s body, it can be bright red, dark red, or even brown. All of these are normal. It’s also normal for menstrual blood to clot some before it exits her body, which results in passing some blood clots during her period.

Some women have lighter flows and some have heavier flows. Please insert your own “go with the flow” joke here.

Sometimes a heavy flow of blood does indicate a medical problem. Unusually long periods or heavy bleeding is called menorrhagia. For some women, menorrhagia can interfere with their day-to-day lives. (Wouldn’t it interfere with your life if you had to visit the bathroom to change your tampon every 45 minutes?)

It’s a good idea for a woman to track her periods. You do this by marking the first day of your period and how long it lasted. If you count from Day 1 of one period to the day before your next period starts, that tells you how long your menstrual cycle was that month. If your bleeding started on November 1st and ended on November 6th, and your next period started on December 2nd, your cycle lasted for 31 days.

By tracking her menstrual cycle, a woman can detect unusual changes that might indicate a medical problem. It also reminds her when she’s missed a period, so she can detect a pregnancy right away. If you have a hard time remembering to keep track, there are apps that remind you each month to enter the dates of your period.

There has been some confusion around menstruation. Women aren’t capable of “holding it” like we all hold it in until visiting the bathroom when we need to urinate. Women have no control over the flow of their menstrual blood. This is why women wear pads, tampons, or menstrual cups to collect the blood as it leaves their uterus through their vagina. These are necessary items, and the high cost is a burden, especially on women who are living in poverty.

Every woman’s body is different, so each woman has to decide for herself how she wants to handle her periods. Some women feel more comfortable with one product over others, and that’s fine.

There’s nothing wrong with men purchasing menstrual products for the women they know. Brothers, I promise nobody is going to think those tampons are for you. If they notice what you’re buying at all (and they probably won’t because everyone is too busy with their own stuff to pay any attention to your shopping cart), they’ll think, “What a nice person!” because they’ll know you’re doing something nice for your wife, daughter, sister, mother, or friend.

Pads are absorbent strips of material that women place in their underwear to absorb menstrual blood. They come in different sizes and are able to absorb different amounts of blood. Some of them have “wings” which are small tabs that wrap around the edges of a woman’s underwear to help protect her underwear from blood stains.

Pantyliners are like pads, but much thinner. They’re mostly used on days when her period is very light or to protect her underwear from normal vaginal discharge, which can vary throughout the month.

Tampons are inserted into a woman’s vagina to absorb her menstrual blood. They’re held in place by the walls of her vagina and expand as they absorb blood. Most of them have plastic or cardboard applicators. An applicator (containing one tampon) is inserted into the vagina, the woman pushes on the bottom end of the applicator to push the tampon out of the applicator and further into her vagina, then removes the applicator while the tampon stays in place. Most tampons have strings attached to them that hang out of the vagina so women can easily remove a tampon by pulling on the string. Tampons come in a variety of sizes to accommodate lighter or heavier bleeding.

One common misconception is that inserting a tampon into a woman’s vagina will tear her hymen and mean she isn’t a virgin anymore. That’s not true. Hymens are stretchy and do not cover the entire opening of the vagina. Unless a woman has an unusual hymen, it will not tear when a tampon is inserted. It’s also important to remember that virginity isn’t dictated by the presence of a hymen. Some women can have sex without tearing their hymen, so it’s obviously not an accurate gauge for virginity. Placing a tampon into a vagina isn’t the same thing as having sex, so it doesn’t have any affect on virginity at all. There’s nothing sexual about tampons.

A menstrual cup is a small, flexible cup that is inserted into the vagina, just below the cervix, to catch menstrual blood. A woman removes the cup, empties it, rinses it, and then places it back inside her vagina to continue catching blood. As long as menstrual cups are properly cleaned after each period, they can be reused for years.

Usually, only one ovary ovulates during a cycle, but which one seems to be random. If both ovaries ovulate during a cycle and release eggs, and both eggs are fertilized and implant, a woman would be pregnant with fraternal twins.

The length of a woman’s menstrual cycle depends on when the levels of different hormones rise and fall during that time. When we think about all complex hormonal interactions involved and how these hormones originate in different parts of a woman’s body, it’s easy to see how a woman’s cycle can vary from month to month, depending on things like her health and her stress levels.

Most girls start getting their periods between the ages of 10 and 15, though some start earlier or later and are completely healthy.

It’s possible for a woman to get pregnant while on her period, especially toward the end of her period. The follicle in her ovary may mature and release the egg while she’s still bleeding. Women can ovulate at different points in their cycle, not necessarily around the average Day 14.

We hear a lot about the average menstrual cycle (28 days), but that’s just an average. The average height for men in the US is 5 ft 9.5 in, but that doesn’t mean every single man I meet will be that exact height. Some men are significantly taller or shorter. The same applies to women’s menstrual cycles. Many women aren’t right on the average, but to either side of it. Some have extremely short cycles while others have extremely long cycles. While an irregular cycle can indicate a serious problem, some women have highly irregular cycles and it doesn’t cause them any major issues. It may make it more difficult to predict when they might ovulate or get their period, but that doesn’t necessarily make them unhealthy or in need of medical intervention. 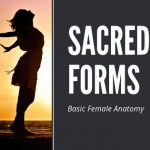 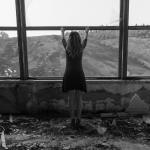 December 13, 2018 It's Been a Tough Year for Survivors of Sexual Violence
Recent Comments
0 | Leave a Comment
Browse Our Archives
get the latest from
Catholic
Sign up for our newsletter
POPULAR AT PATHEOS Catholic
1

The Grace of God in Scrambled...
Steel Magnificat
Related posts from Way Station in the Wilderness