Sexual Abuse and Turning the Other Cheek

Sexual Abuse and Turning the Other Cheek February 24, 2019 Kristy Burmeister

Jesus tells us to turn the other cheek. How do we do that in the face of sexual abuse within our churches?

Jesus said to his disciples:

love your enemies, do good to those who hate you,

bless those who curse you, pray for those who mistreat you.

To the person who strikes you on one cheek,

offer the other one as well,

and from the person who takes your cloak,

do not withhold even your tunic.

Give to everyone who asks of you,

and from the one who takes what is yours do not demand it back.

Do to others as you would have them do to you.

For if you love those who love you,

Even sinners love those who love them.

Even sinners do the same.

If you lend money to those from whom you expect repayment,

Even sinners lend to sinners,

and get back the same amount.

But rather, love your enemies and do good to them,

and lend expecting nothing back;

then your reward will be great

and you will be children of the Most High,

for he himself is kind to the ungrateful and the wicked.

Be merciful, just as your Father is merciful.

“Stop judging and you will not be judged.

Stop condemning and you will not be condemned.

Forgive and you will be forgiven.

Give, and gifts will be given to you;

a good measure, packed together, shaken down, and overflowing,

will be poured into your lap.

For the measure with which you measure

will in return be measured out to you.”

I’ve been a pacifist for a long time, but most of that time I misunderstood what I was supposed to be doing. These days, I almost prefer the term “peace-maker” to pacifist because it reminds me we’re called to action. We don’t sit around, hoping peace will somehow happen. We make it happen.

Is that what we want in our churches? Do we want our pretty, shined up congregations to stand on the bodies of sexual assault victims?

So how do we address the tension between seeking justice and seeking peace?

Twenty years ago, I was victimized within a church I loved. Men and women in that church enabled a predator who had targeted me. That predator became my enemy, but beyond that, the enablers in that church also chose to be my enemies. Since he never could have kept coming at it if they had believed me (and it was easy to believe me over him, given his past actions), they were also partially responsible for what happened.

I left Christianity for a long time, and when I came back, I had to figure out some way to obey Jesus and be a peace-maker without excusing what had been done to me.

We often weaponize these scripture passages against sexual abuse victims. We tell them they have to forgive and “turn the other cheek.” Or we forgive on a victim’s behalf, as if we had any right to forgive an abuser who never even touched us.

But that’s not what Jesus is saying at all.

Jesus doesn’t want anyone to be sexually exploited and assaulted. He would never set us up to continue enabling that sort of evil.

Four years ago, my sister and I took a trip south and stopped by our old church. The last time I’d sat in a pew there, I’d been eighteen and looking up at the overhead screen where my father had enlarged one of the many sexualized death threats I’d received so the congregation could understand why he couldn’t be their pastor anymore.

I’d started praying for that church several months earlier, and I felt like it was time to go back. It took me a long time, but I’d started to understand the impact of spiritual wounds. I knew I was spiritually wounded by what had happened, and the other people involved couldn’t possibly have survived that evil they’d never owned up to without wounds of their own. Hidden wounds fester, and I was done with that.

It was an uncomfortable experience for everyone in the sanctuary that Sunday morning. They knew who I was, and they knew what had happened to me there. And now they had to look at me and face it.

I believe I gave them a gift. I gave them the opportunity to repent by reminding them of what had happened. It was up to them whether or not to take the next step and own what they had done.

I didn’t attack anyone in my old church that morning. I sat through a Sunday school lesson and worship service with people who had almost gotten me murdered. I let the woman who had cornered me and told me I was, “Asking for it,” hug me.

In doing that, I’m loving my enemies. Bringing evil to light so that people who’ve done evil can deal with the consequences of their actions is a loving act.

“Do to others as you would have them do to you.”

If I were driving people out of the church and causing real harm, what would I have done to me? I hope someone would hold me accountable.

We so often mistake forgiveness with a lack of accountability.

That’s one of the things that appealed to me about Catholicism. Your sins are forgiven, now go and make it right.

I can forgive the people who had a hand in hurting me, but that doesn’t change reality. It happened, and we all have to live with those consequences now. Forgiveness doesn’t negate accountability.

When my child spills a cup of milk all over the floor, I tell her she needs to clean it up. She insists, “But I said I was sorry!” And I tell her, “I know, but the milk is still on the floor.”

Turning the other cheek doesn’t mean we stand there and take the punch over and over again.

We tell the truth. We hold predators accountable and let them deal with the consequences of their choices. Neither of those are violent acts, though predators often pretend they are.

Jesus tells us to love our enemies, but he never instructs us to shelter sexual predators.

We love our enemies by not allowing them to continue doing evil.

A Note: While I did go back and meet with people who enabled my predator face to face, I wouldn’t advise most people to do that. If anyone is considering doing something like that, weigh the risk. I took a real risk to do what I did. There are other ways of holding predators and enablers accountable. This is just what I judged would work best in my situation. I would never meet with my stalker. That would not be worth the risk. 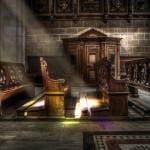 February 19, 2019
Which Victims of Sexual Abuse in the Church Count?
Next Post 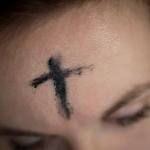 March 2, 2019 A Fundamentalist’s Guide to Lent
Recent Comments
3 Comments | Leave a Comment
Browse Our Archives
get the latest from
Catholic
Sign up for our newsletter
POPULAR AT PATHEOS Catholic
1