I have a special affection for people who’ve escaped toxic churches. While there are, unfortunately, many different flavors of toxic Christianity, I’m most familiar with the kinds of toxicity that tend to pop up in fundamentalist and evangelical churches.

Since I left fundamentalism (“leaving” is a nice word for “ran for my life away from”), people who have left their own churches often contact me for support and advice. After I joined the Catholic church last year, among all the general, “Why would you want to do that?” questions, I started getting a lot of questions from ex-fundamentalists and ex-evangelicals that were along the lines of, “Is Catholicism a good idea for me too?”

It’s not unusual for someone to come out of a fundamentalist or evangelical church and give Catholicism a big old hug. (To be clear, I didn’t give it a hug so much as sort of limp in…literally. My knee is the worst.)

I think it’s worth exploring why ex-fundamentalists and ex-evangelicals might be drawn to Catholicism. It’s often about trauma. In order to heal, I think it’s important for us to understand how our traumatic experiences shape our preferences and decisions.

Most of the ex-fundamentalists and ex-evangelicals who contact me have been traumatized in some way by their churches. Some of that trauma is the result of sexualized violence, but not all of it. Spiritual abuse is also traumatic.

I meant for this to be one post, but there are so many topics worth touching on here, so now it’s a series. In this post, we’ll explore why the Catholic Mass might appeal to ex-fundamentalists and ex-evangelicals since that’s how most people start. They show up for Mass one Sunday and find they kind of dig it.

Catholic Mass as an Escape from Religious Trauma Triggers

There’s a difference between a person who’s left a church and a person who’s abandoned God. It’s not the same thing at all. Many people rightfully leave toxic churches, and then start trying to rebuild.

We want to worship God, but we can’t go back to our old ways. It’s a difficult and lonely experience. It’s natural some of us would start looking for an organized group to join, especially since fundamentalist and evangelical churches tend to emphasize community so much. Some of us exes take comfort in high church services.

So many of our traumatic experiences are attached to the way we “did church” back in the day. We’re talking about trauma triggers here, and those are very real. I straight up experience a rage tornado when contemporary praise music starts up, so I stay away from that as much as possible. I doubt I’ll be hearing “Awesome God” during Mass, which is a bonus.

I’ll go to my grave saying“Awesome God” is a terrible song, but my negative reaction to contemporary praise music doesn’t necessarily mean it’s wrong to sing those songs. (Christians can get really hateful when you start coming down on their church music. Chill, all you contemporary music lovers.) Other people can sing those songs and worship that way, and that’s great. But I can’t do that, and that’s okay too.

I hear one of those songs and I think about all the times I sang that song or a song like it. I think about who I was with and what we were doing and how great it felt to sing those songs with people who cared about me. I also remember those people didn’t actually care about me at all. I remember all the lies they told and all the garbage they taught me and all the damage they did to so many people. For me, those songs don’t exist independently of all that baggage.

For someone else, it might not be the songs. It might be the never-ending communal prayer time that was really gossip time. Or it might be the preacher who never even wore a stole because he was super humble when he was actually super manipulative and abusive.

Sometimes our hurts run too deep. It’s hard, even impossible at times, to focus on God when there’s so much trauma noise. It might be possible to filter it out eventually, but that’s not something any of us should expect from someone who hasn’t been out of their toxic church long. Healing is a process.

Catholic Mass can be appealing to people who have these low church trauma triggers. A typical Mass is so different from what we’re used to, it can be calming.

As an added bonus, we always know what’s coming next. The order stays the same, without any potentially triggering surprises. Nobody’s going to jump up and start speaking in tongues. There won’t be an overly enthusiastic worship leader who pops up after being inspired by the sermon to add an extra five rounds of a praise chorus that isn’t in the bulletin. Again, that might be exactly the way someone else loves to do church, but people who’ve been traumatized usually need predictability to feel safe. Mass is definitely predictable.

The short answer: How would I know?

Again, I don’t know. It depends on a lot of factors, including how far into the healing process a person is, what the Catholic parishes near them are like, and whether the priest is cool or problematic.

I’m not here to evangelize for Catholicism and recruit anyone. That’s not my thing. I’m interested in helping people who’ve been hurt inside their churches process that. If they want to stay within the Christian faith, they should be able to do that, and sometimes that might mean hanging out with Catholics on Sunday morning.

If you think Catholicism is for you, that’s awesome. I landed there for a lot of reasons that have nothing to do with my past trauma, so it’s not like I’m knocking it. I just don’t want anyone who’s been hurt to come in without understanding some of the reasons why it might appeal to them or coming in under the idea that entering the Catholic church will solve all of their problems. Catholics have issues that need to be sorted out too.

If you want to attend a worship service without being stressed out about a surprise altar call, attending Mass could be a great way to stay connected to communal worship while you’re processing, just as long as you go in with your eyes open. It’s okay to attend Mass because it reduces your trauma triggers.

Of course, there are many reasons Catholicism might appeal to an ex-fundamentalist or ex-evangelical that have nothing to do with traumatic experiences. I don’t prefer a Catholic Mass just because I don’t have to listen to contemporary praise music. I dig history and ritual, but the lack of trauma triggers is a serious bonus.

It’s wise to sift through all of our reasons to make sure we aren’t fleeing one problematic community only to replicate our trauma in a new tradition because we aren’t facing the root causes of our original trauma. That can easily happen when we don’t fully go through the deconversion process from our old tradition in a healthy way before adopting a new one, and it can also happen when we don’t understand how trauma can drive some of our decisions. 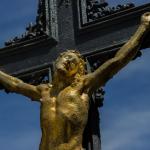 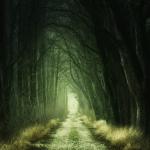 May 6, 2019 Are You Motivated by Fear or Love?
Recent Comments
4 Comments | Leave a Comment
Browse Our Archives
get the latest from
Catholic
Sign up for our newsletter
POPULAR AT PATHEOS Catholic
1

We Are Called To Join Ourselves To The...
Already and not yet – the eschaton is already with us, the...
view all Catholic blogs
What Are Your Thoughts?leave a comment
Copyright 2008-2021, Patheos. All rights reserved.