Are You Motivated by Fear or Love?

Are You Motivated by Fear or Love? May 6, 2019 Kristy Burmeister

Some nights, I was sure a vampire was standing in the shadowy corner of my bedroom, so I’d scream for my parents. They’d rush in and tell me I’d just had a nightmare, which wasn’t correct. I’d never even closed my eyes, but I also hadn’t actually seen a vampire in the corner. I’d just assumed he was there because he could be there.

I’ve had a lot of irrational fears over the years. I refused to take my shoes off inside the house for a year after my dog had an accident on the carpet (which we, of course, cleaned up.) I was afraid of stepping in dog pee, even though she’d only had one accident. The likelihood of it happening wasn’t as important to me as the possibility of it happening.

I’m not afraid of vampires and dog pee anymore, but I’m afraid of plenty of things. I make jokes about being afraid of everything, and that’s probably not too far off. When I’m deciding how to act, everything that could possibly go wrong runs through my head.

Most of the time, I’m afraid to be doing whatever I’m doing, but if it’s something important, I’ll do it anyway.

Years ago, I realized my fears were based on possibilities, not probabilities. That terrible outcome probably wasn’t going to happen, so why was I allowing these fears to motivate everything I did?

All of our actions are born out of what motivates us. When we’re motivated by fear, we’ll behave differently than someone who’s motivated by love, even when we have all the same facts in front of us.

I still feel fear, but I’m not motivated by it now.

I was terrified of publishing my memoir. So many different scenarios played out in my head. People I looked up to would think it was garbage and laugh at me. Someone from my old church might get super pissed and spread lies about me to deflect from their own actions. People would read it and conclude everything had been my fault all along. I was equally afraid nobody would read it and anybody might read it.

I put it out there anyway. I thought about it objectively and knew the book covered important topics. I prayed about it and felt strongly that I should go for it. I never had any sense of peace wash over me, but I did feel like it was the right thing to do.

Sometimes we have to name our fear as “not probable” and move forward with what’s right, even while we’re still afraid.

We’re living during a time our culture magnifies our fears and feeds into the idea that possible outcomes are probable when they aren’t.

It’s possible a venomous snake is going to sneak into my house, curl up in my shower, and bite my foot, but it’s not probable. (I’m so afraid of snakes. Y’all don’t even know.) Since it’s not probable, I go ahead and step into the shower.

When you think about the things that scare you, are you afraid of things that are possible or things that are probable? If we’re honest, most of our fears fall under “possible, but not probable,” and that’s okay. It’s okay to be afraid.

But it’s not okay to allow fear to drive love out of us.

Are we afraid of certain groups of people because they could possibly cause harm or because they will probably cause harm? Given that most people don’t go around causing harm, that fear doesn’t count as probable.

But perfect love drives out fear, because fear has to do with punishment. The one who fears is not made perfect in love.

What do we do then? Do deny ourselves sleep by forcing our eyes open all night? Do we wake up everyone else with our screams? Do we stop taking showers?

Or do we take a hard, objective look at our fears? Do we acknowledge we’re inventing monsters? Do we choose to do the right thing, even though we’re afraid?

Love is the right thing. Dismissing other people based on our fears isn’t love. When love is our motivator instead of fear, we can do what’s right and just. 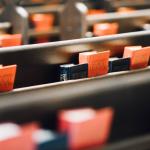 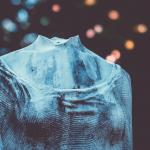 May 9, 2019 I'm a Mother and I Can't Stand Mother's Day
Recent Comments
2 Comments | Leave a Comment
Browse Our Archives
get the latest from
Catholic
Sign up for our newsletter
POPULAR AT PATHEOS Catholic
1

Did the Pope Say the Commandments...
Through Catholic Lenses
Related posts from Way Station in the Wilderness