Converting to Catholicism as a Feminist

Converting to Catholicism as a Feminist October 23, 2019 Kristy Burmeister

I’ll be honest. It was a huge sticking point for me when I was considering conversion. That’s part of why it took me so many years to follow through.

Let me preface the rest of this post with a disclaimer: I do not want to be a priest. I don’t want any form of official authority. As an individual person—and not as a representative of all women—I’m most effective working outside formal channels. I realize it’s tempting to dismiss me as a power-hungry progressive woman. So, sure. Go ahead and do that, I guess. I’m soooooooo progressive I…

I’m so progressive, I joined the Catholic church.

It’s obviously the most progressive organization ever.

Let’s go back to what I said earlier for a minute. I said I don’t want any responsibility. When you’re leading the way you’re supposed to lead, you don’t have power. You’re a servant. Servants don’t have power. They have responsibilities. Women taking on leadership roles isn’t a power grab. It’s a desire to use their gifts in the service of the church. That’s how all church leaders should see their roles.

We can’t sit here, spouting complementarian talking points about how men and women are of equal value, and then not value the voices of women by giving them a vote. Or devaluing women’s contributions to their communities by not embracing them as deacons. Paying lip service to women’s importance isn’t the same as treating women as important. Sexism, including attempts at benevolent sexism, are harmful to the entire church. We are all missing out when women are dismissed.

So, what am I doing in a church that doesn’t allow women to take on an equal amount of responsibility within the church?

I could throw a lot of answers at that. I could pretend blatant sexism within the church is OK because, hey, we all really love Mary, so how could the church have deeply entrenched issues with sexism? I could try justifying why this or that issue isn’t as bad as it seems, even though it is just to make myself more comfortable living with this cognitive dissonance.

Don’t come at me with, “Women are part of the decision-making process because the men who are voting get input from women.”

So, what, women in the US shouldn’t have gotten the right to vote because we have the opportunity to persuade our husbands to vote for the right candidate, with no power to do anything if he chooses to vote for a candidate who will do us harm? Come on. Having a vote matters.

Some Catholic beliefs and practices are unchangeable. To change those beliefs or practices would be to undermine the core of what it means to be Roman Catholic. Other teachings and practices are way more flexible (even if some people don’t want to admit it.)

To be clear, I didn’t convert to Catholicism expecting the church to bend to my personal will. I’m OK with teachings that are hard, but aren’t you know, obviously causing unnecessary harm. I don’t expect my faith to be easy.

I didn’t convert thinking I would see anything change. I don’t expect to see any significant changes within my lifetime.

I’m not here just to be a member of the Catholic Church of 2019. When I think of the universal church, I don’t just think of us being geographically or culturally universal. I think of the universal church that exists in the past, present, and future. When I speak the words of the Apostle’s Creed, I’m not just reciting those words with the Christians on Earth today. I’m speaking them in unison with Christians in the past and in the future.

I believe the Catholic church is on the right path, even if we aren’t all the way there yet. I want to walk that path with the past, present, and future church, along with the Holy Spirit, for the time I’m here. 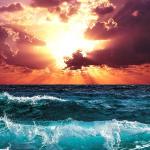 June 3, 2019
Trauma and Taking Responsibility for Our Actions
Next Post 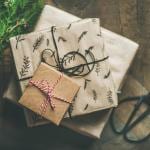 December 5, 2019 Giving Thoughtfully: Not All Charity is Charity
Recent Comments
16 Comments | Leave a Comment
"Ok, fine. A complaining female. Next."
Sean I’m a Mother and I Can’t ..."
"Hmmm, the focus is on ‘your mother’ not you, little selfish snowflake."
Sean I’m a Mother and I Can’t ..."
"So, like, what do you think you’ll do?"
Sean When Christmas is a Trauma Trigger
"Excpt, of course, you are. That's why metrosexuality exists, that's why boys are drugged to ..."
Theodore M. Seeber Converting to Catholicism as a Feminist
Browse Our Archives
get the latest from
Catholic
Sign up for our newsletter
POPULAR AT PATHEOS Catholic
1

Christians Must Realize That The Pandemic...
A Little Bit of Nothing
Related posts from Way Station in the Wilderness