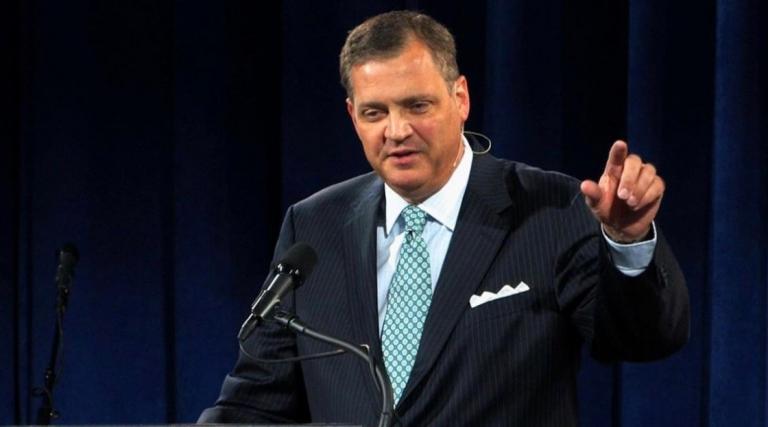 In breaking news, it has been revealed that in 1998, Al Mohler, President of Southern Baptist Theological Seminary in Louisville, defended slavery and condemned the bravery of Harriet Tubman.

An article from the Religious News Service resurrects the conversation and the context for Mohler’s remarks:

On June 12, 1998, Mohler was a guest on “Larry King Live,” along with the Rev. Jerry Falwell Sr. and Patricia Ireland, then-president of the National Organization for Women, to discuss the Southern Baptist Convention’s belief that women should submit to their husbands. The conversation eventually expanded to include a discussion of slavery.

According to a transcript obtained from CNN, Mohler asserted that he agrees with the New Testament’s command for slaves to obey their masters. This doesn’t mean the Bible “endorses” slavery, Mohler said, “but it does say, if you’re a slave, there’s a way to behave.”

King asked whether such a belief meant he would “condemn those who ran away,” like Harriet Tubman.

“Well, I want to look at this text seriously, and it says submit to the master,” Mohler replied. “And I really don’t see any loophole here as much as, in terms of popular culture, we’d want to see one.”

Mohler had addressed the racism that dogged the seminary he leads as recently as 2018, but over the years since the interview, he has conveniently omitted any public reference to his own racism.  When the Larry King interview surfaced this week, Mohler apologized, or so it seemed, at first blush:

On Friday (May 15), Mohler told Religion News Service he was wrong.

“It sounds like an incredibly stupid comment, and it was,” he said, after hearing his remarks from 1998. “I fell into a trap I should have avoided, and I don’t stand by those comments. I repudiate the statements I made.”

A Trap of His Own Making

However, the reference to falling “into a trap I should have avoided” erodes any sense in which  Mohler might claim to have really apologized.  He should have stuck with “stupid,” and he should have considered adding the modifiers, “racist, immoral, and despicable.”

But, since he mentions it, what – exactly – is the “trap” to which Mohler refers?  It certainly isn’t Larry King’s follow-up question.  That was a legitimate, probing inquiry, that simply asked Mohler to draw the inferences that flows logically from his position.

The answer, rather, seems to lie with Mohler’s approach to Scripture, which reads it as uniformly timeless, prescriptive, and the only source for thinking theologically (sola Scriptura).  It cannot be said often enough what a non-starter all three categories are.

That some portions of Scripture are meant to be timeless observations of one kind, or another, is obvious.  References to the character of God fall into that category, though some of what we find in Scripture about the nature of God deals in characterizations that the writer call into question and other characterizations of God cannot be properly understood without a good deal of work.  The views expressed by Job’s so-called friends fall into the first category.  The passages describing God as angry fall into the second.

If Scripture communicates any of the truths that Christians claim for it, some observations certainly are timeless, but others are clearly not.  Mohler should have recognized that this is the case with the household tables in Ephesians 5:22-6:9.  The recommendations Paul makes there to both slaves and slave owners constituted a radical departure from the norms of his day, but they are hardly adequate now, and the moral bankruptcy of the system itself is apparent and has been for centuries.

Somewhat similar observations could be made about the prescriptive approach that Mohler takes to Scripture.  Some of it is, to be sure, explicitly prescriptive.  The Ten Commandments certainly are.  But on the other hand, they should not be taken in the wooden, statutory sense that people often assume.  The word, “Torah,” is better translated “instruction” and in that sense they are an invitation to Israel to reflect deeply on the character of the covenantal life into which the nation is invited.  That, at least in part, is why Jeremiah looks forward to that time when the commandments are written on the heart of God’s people.  That is also the issue at stake in Jesus’s differences with his contemporaries over how to interpret it.

But even when the behavior prescribed in the Bible is fairly specific, that does not mean that it can be or should be obeyed in the form that it appears.  This is true of a fair number of prescriptions in Leviticus which have no application in the absence of the Temple.  It is true of dietary laws which Christians ignore without a second thought, and it is true of the prescriptions in the Epistle to the Ephesians, where both the experience of the church and the development of the church’s tradition suggest that – as they stand – the prescriptions surrounding slavery have no application.

Both of the assumptions that Mohler makes are all the more problematic, however, when the other trap that his own hermeneutic lays for him is that of sola Scriptura.  Whether it is acknowledged in other denominations or not, most churches acknowledge that they are dependent upon both the growing body of reflection on the Gospel that has been passed down through the centuries and on the experience of the church, as guided by the Holy Spirit.

In churches of that kind it is more accurate to talk about prima Scriptura or “the primacy of Scripture,” than it is to talk about “Scripture alone.”  It is also easier to acknowledge that – as important as Scripture is – our interpretation of it is dependent upon far more.

Read in this way, one can acknowledge the importance of Paul’s advice to slaves and slaveowners and its contemporary inadequacy at the same time.  Paul’s directive is a break with the values of his day, but the value of Paul’s directive does not lie in the advice itself, but in the liberating trajectory of God’s grace.  The institution of slavery and a wide array of behaviors that enslave people in ways both old and new are now, rightly, our focus.

Given the way that he reads and uses Scripture and the exclusive place that it occupies in his theology, Mohler cannot do that.  So, instead, he is – to use own words – trapped.  Trapped by a single understanding of what the text suggests.  Trapped by what Paul could see, given his own historical horizons, but ironically, closed off to the grace of God in Christ that liberated him.

The Cruelty of Fundamentalism

Perhaps that is why Mohler cannot really apologize.  Even though the fundamentalist use of Scripture is predicated upon faithful adherence to Scripture, its approach to Scripture often cuts itself off from the breadth of God’s grace, and that is evident in Mohler’s truncated apology.

This should not make mainline Christians overly smug.  If Mohler’s approach to Scripture makes it difficult to apprehend the work of God, progressive Protestants often cut themselves off from the origin of that liberating trajectory, emptying it of God’s grace and filling it, instead, with our own politics.

We owe far more to those who hear nothing but appalling cruelty in Mohler’s so-called apology.

May 27, 2020 A Response to the Murder of George Floyd
Recent Comments
0 | Leave a Comment
Browse Our Archives
get the latest from
What God Wants for Your Life
Sign up for our newsletter
POPULAR AT PATHEOS Progressive Christian
1 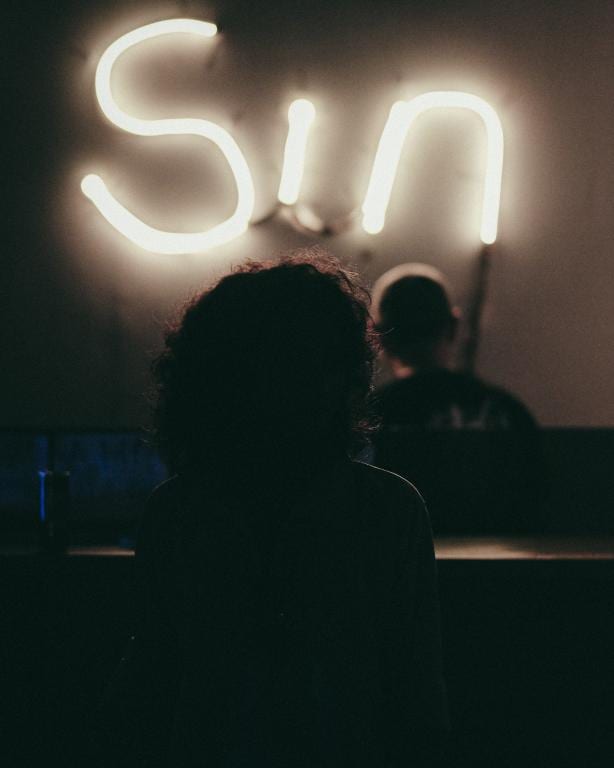 Progressive Christian
Sin and guilt have made a comeback…but they...
What God Wants for Your Life 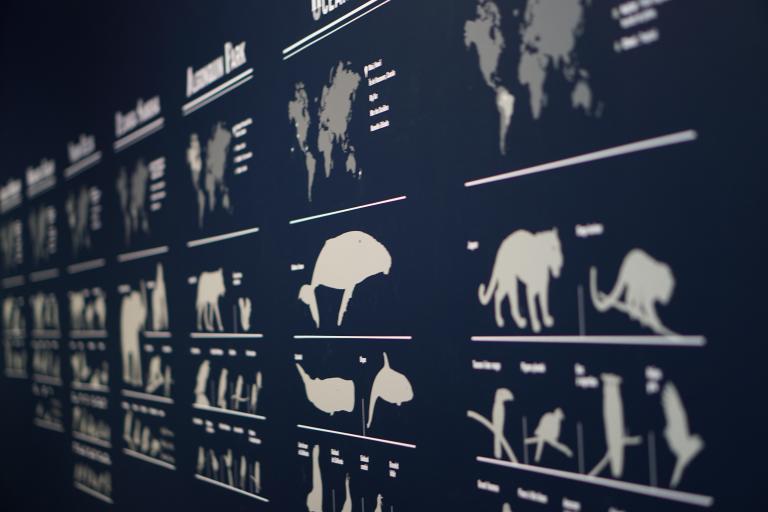