For your Occult Comedy pleasure, straight from my ridiculous imagination, a list of band names derived from Alchemical and Hermetic Philosophy terms. I offer them in the most sincere of magical spells, that they will speak into form actual parody filk bands by these descriptions. Occultism needs a Wyrd Al Paraselsus, or some such lyrical genius. Is it you? Please. Make this music; we need a good laugh at ourselves.

My Alchemical Bromance’s genre could be called Classic Rock Chamber Music, where none of their covers are less than 200 years old. However, it’s a quartet of lead electric guitars on over-driven amplifiers, jacked way too loud. They all play lead, obviously, because the whole band are boomer white dudes. Mostly they argue over whose  arrangement of Mozart’s Requiem Mass in D Minor is more historically accurate. Their first album release should be called Well, actually… The band photo would look like Gandalf, Merlin, Dumbledore, and Nicolas Flamel are thrashing on air guitars, but with their magical staves and wands, instead. So killer…

Wanna “exalt your matter” with some thrash metal? Solve et Coagula is an ancient alchemical formula for collecting the “salt,” or essential matter of a plant, then recrystallizing it. Their tunes’ll purify what ails ya, by tearing down the bullshit of the over-culture, then building a new world from those ashes! The band members are all hermaphroditic Baphomet cosplayers, with horns, caduceus phalli and magnificent boobs.

Their number one single should be named Fearce, for a little double entendre, with the alchemical term that means to pulverize or mascerate. Their fans would most adore them for their growling message of universal love, GLBTQ pride and acceptance for all gender identities and sexual preferences (which they had to figure out from the liner notes, because you can’t understand a word they scream.)

Caput Mortuum Translates to Dead Head. This may be my favorite of all of all Alchemical terms. It refers to the remaining plant material to discard, that gets filtered out after you’ve already extracted it’s “Sulfur.” Meaning, its soul has been separated via the essential oils. Its “mercury” or spirit has been fermented into alcohol and separated.  Then, you’ve burned (calcined) the left-over plant residue to white ash. Grind that ash, dissolve it into water, and filter out what chunks could possibly remain. Then evaporate the water to collect the “salt.” But that material left in the filter? It’s dead, Jim. Caput. SOOOO Mortuum. You can just throw that bit of souless, spiritless refuse away now. The band Caput Mortuum couldn’t get more emo if it tried.

Their album entitled Deliquium, would play like liquid dread. Which is apt, because that alchemical term is used to describe the melting of a solid salt to a fluid state by only having contact with air, but the fluid is caustic – kinda like air and water pollution. Their scathing message of existential doom will melt your face off.

Soul Froth is Hermetic Gospel Choir. Picture an African Methodist Episcopal (AME) Church Choir, and the ancient Egyptian Temple of Thoth, get together and have a love-child. They perform in a choir loft, swaying in satin robes, clapping and belting out the praises of Hermes Trismegistus until everyone at the show falls into ecstatic trance. They are “Spirit Filled,” only the spirit that fills them is a mysterious magickal potion of divine inspiration. Historian Florian Ebeling calls that invisible material Soul Froth.

Their first album would be entitled Kore Kosmu, named after the ancient tractate which tells a story of Isis and Osiris, and the creation of the human soul from the Soul Froth. “Out of the divine pneuma, and out of fire and other unnamed materials, and by means of mysterious spells, [God] prepared an invisible material which he called ‘inspiration.'” (1)

Terra Damnata translates to Damned Earth, and is another term like caput mortuum. I’m thinking a Goth, Vampire-esque, my-curse-is-darker-than-your-curse kinda Alternative Rock band from the 80’s. Fronted by a kid with a vitamin D deficiency and widows peak, cosplaying Bela Lugosi. The band pic shows a trio staring dead-eyed into the misty middle distance of a New Orleans graveyard.

Their primary message speaks to the exploitation by the 1%, white colonialism, and income inequality. Their first single would be entitled Acid of Vitriol, which is what Alchemists called Sulfuric Acid (H2SO4) Enough said.

For Balneum Ignis, I see a girl-band. They dress in those vaguely disheveled, woodland-elf-porn costumes sold at Halloween. You know, the sexy, pixie, nymph, witch, fantasy get-ups? A combo of twee and come-hither, with the laced bodice, and tattered mini-skirts made of ephemera. They only perform 70’s style disco-tunes, re-imagined from medieval folk ballads about Fae propaganda and plague. But they’re played ironically on synth drums, harmonium, and ukulele to a hypnotic beat. Best to be played at raves, with much Elixir.

Balneum Ignis means Bathed in Flame and is the hottest you can make your alchemical furnace with a naked flame. In other words, this band is so hawt you’re bound to get burned.

Dear reader, if you do make this divine music for me, please send links. If you’re a photoshop pro, I’d love to see your renderings of these band posters. Add your own alchemical band name ideas in the comments! 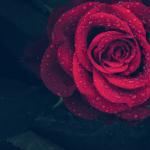 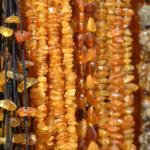