Last summer, I dreaded the prospect of living with 2 teenage high school girls.  Between hormones, pimples, potential boy/girl drama and the stress of honors classes, the likelihood for bedlam in our home was huge.  I especially worried how the  transition might overwhelm Kai as she became a freshman—and how her stress and unhappiness would increase my stress and unhappiness.

To my surprise, it’s been awesome!  Apart from the grace and goodness of Jesus, there’s one reason:  cross-country.

Now I grew up in a family where PE was the only subject where I was allowed to get a C.  When I got a C+ first quarter of sophomore year, Mama just laughed.

But Scott’s 82 year old mom still skis and goes to exercise class several times a week.  His father exercised regularly until several months before his death at 91.  Scott runs 6 times a week, and exercise has been one of the best ways he’s found to manage his stress, get quiet, and listen to God.

When gestational diabetes struck with my 3rd pregnancy, my endocrinologist said I needed to keep my weight down AND exercise 4-5/week lest I get Type 2 diabetes.  I began exercising and haven’t stopped since.  And I’ve gone from a somewhat sickly child/young adult to a middle-aged woman who almost never gets sick despite having several genetic diseases.

So I’m an exercise convert who’s trying to convert her kids.  And boy has it been a battle.  Apparently the innate slug-like Tuan characteristics have won out over the motivated MacLean genes because all 3 kids have resisted.

The only sport that’s stuck is skiing—and that’s because it would be so unacceptable to be a non-skiing MacLean that they subconsciously knew they risk being disowned.

We’ve cajoled Kai to run for years.  She has Scott’s tall lean runner’s physique.  And we needed our Type A hyper-achievement oriented kid to get the stress relief.

“I hate running.  I hate exercise.”

Her Type A achievement orientation switched from academics to running (somewhat of a relief) and she made Varsity as a freshman.

Regularly, she asks, “Am I disappointing you because I’m not doing that well in track?”

We look at her in disbelief.  “Are you kidding?”

I could care less about athletic achievement.

April 3, 2013
How to Make a Barbie Princess Cake
Next Post 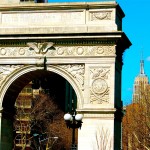