As my kids and I clustered around the kitchen, a child asked me what my core sin was.   Anyone who knows me knows I’m more 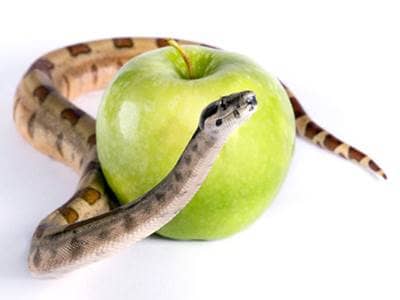 than slightly addicted to personality tests—the Myers-Briggs, the DISC, and these days most of all, the Enneagram.  My kids have absorbed some of this language, including the Enneagram idea that each of the 9 types have a core sin—basically Dante’s 7 deadly sins:  Anger, Pride, Envy, Greed, Gluttony, Lust & Sloth plus Deceit and Fear.

Before I could answer, the kids filled in the blank, “Losing your temper. . .”

“What do you think my core sin is?” asked this child.

“Do you really want to know?”

“I don’t think you really really want to know.”

Hmmm. . .   Because my obsession may have more to do with innate narcissism than anything else, I weighed whether I’d be more bothered by her badgering me nonstop or her reaction to an honest answer.  I decided to go for the latter.

“You think I’m self-absorbed?  That’s SO NOT my core sin!  I can’t believe you think that of me.  There isn’t one of my friends who would say that about me—I’m really caring of people at school!”

“I’m not saying you’re not caring or a good friend at all.  The other way to think about self-absorption is vanity.”

Yet this child’s siblings and I couldn’t help hiding our smiles.  One even said under their breath, “Case in point.”

Several days later, the child came back and said, “I’ve been thinking about it.  I think I am really self-absorbed.  Maybe it really is my core sin.”

Only God knows if self-absorption is this child’s core sin.  As the mother, believe me, I can think of others.  But I’m struck by how hard it was for my child, and for me, to face what’s deeply rotten and broken within us.  My spiritual director says the Enneagram is helpful for those who are older, who’ve come to the end of themselves—who find the same broken patterns everywhere they go because in the words of a sage:

Wherever you go, there you are

Some say you’ll know your Enneagram type by identifying the sin you think is the most awful.  I love this test because it helps me invite God’s transforming power.  I’m an “8” which means my core sin is lust—but not sexual lust—lust for power.  “8”s are the archetypal male, the most negative type, the bull-in-a-china shop type who can’t stand looking or feeling weak.

When I meet male “8”s, I feel both envious and relieved..   Envious because I experience that same power and energy, but it was so inappropriate for me as an Asian-American woman to show that full force that I’ve bottled a lot of it up and channeled instead my “7” wing.  Relieved because when I tell my friends about that experience, they say, “Aren’t you glad you don’t act like those male “8”s?”  Clearly the “8” I let show through is enough for them!

I don’t know if self-absorption is really my child’s core sin.  Or whether this child will embrace that knowledge and use it for transformation.  But I hope so.  Because I’ve come to find that knowing my deep brokenness frees me to be forgiven.  To ask God and others for it.  To laugh just a little when yet again, wherever I go, there I am.

May 21, 2014 Last Wednesday Night: Parenting in Calculus, Crisis and Noxious Gas
Recent Comments
0 | Leave a Comment
Browse Our Archives
get the latest from
Family
Sign up for our newsletter
POPULAR AT PATHEOS Family
1