I ducked in and out of churches all over Europe last month — up the Danube and down the Rhine — hoping to get some nice photos of the biblical Jesus in action: Jesus turning water into wine at the wedding in Cana. Jesus preparing a breakfast of fish for his disciples on the shores of the Sea of Tiberius. Jesus welcoming the little children to his side. Jesus calling Lazarus back to life.

Stained glass windows, marble sculptures, paintings, murals, wood carvings — I knew that the churches of Europe would be replete with wonderful old art objects, and I planned to take in as many as I could in the three weeks my husband and I were to spend on a river trip across Europe.

I would take lots of pictures. Photos of Jesus in action would come in handy for future blog posts.

And so, diligently I searched the insides and the outsides of churches from Budapest to Amsterdam. Romanesque, gothic, baroque, neo-classical. The strap of my trusty point-and-shoot slung over my shoulder.

And yes, I did see Jesus. I saw lots of him. Trouble is, the Jesus I saw in all those old European churches was almost always . . . dead. Or dying. Or staggering under the weight of a cross.

Of course, there were also lots of Baby Jesuses. Unblemished and adorable, but often (it seemed to me) no more than a stage prop highlighting the sanctity of his much-revered mother, Mary.

God Suffers With Us

These were old churches, mind you, centuries old. And those two visions of Jesus — the suffering Jesus, the babe-in-arms Jesus — must have meant a lot to pre-modern Europeans who endured wars and plagues that went on for decades and took out large swaths of the population.

Those people suffered. Maybe the image of a suffering Son of God was a comfort somehow: We suffer. God suffers with us. That makes sense.

The crucifixion has a central place in the Christian story, of course. No doubt about that. But still, without images of Jesus the healer, the teacher, the loving son of God to fill out that story, the sight of all those bloody, dying figures is a downer.

It’s also guilt-provoking if you ever had a Sunday school teacher who wanted you to believe that Jesus died for our sins — and that it’s our very sinfulness that put Jesus up there on the cross.

I wonder. Do some Europeans check that None box because the Jesus they see in churches everywhere is so often a dead man on a cross — and so rarely the loving Jesus bringing life and hope and good news to humanity?

If you enjoyed this story, you might like “The Ghost of 300 Million Drought-Killed Trees Hovers Over a Lake in Texas.” Also, “The Hagia Sophia, Face to Face with Islam in a Christian Church.” For more about my book, new from Patheos Press, go to WrestlingWithGodBook.com. 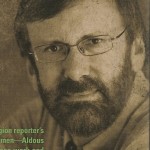 July 21, 2015
Religion in America? There's a Whole Lot of Wrestling Going On
Next Post 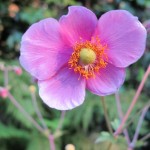 August 4, 2015 My Garden Grows Like Crazy. But Is It Really Mine?
Recent Comments
0 | Leave a Comment
"The Religions of Man / The World's Religions (I have both editions!) is essential reading. ..."
Tom Swiss Huston Smith — A Spiritual Companion ..."
"I have the book "The World's Religions", which I read in tandem with Alan Watt's ..."
Zenmyme Huston Smith — A Spiritual Companion ..."
"I love the prayer you wrote and the story behind it. Most of the words ..."
Michael Childs Can A Christian Say Kaddish for ..."
"So true. I notice that when I'm in a mode where I am able to ..."
Barbara Falconer Newhall I’m Not a Sinner and Neither ..."
Browse Our Archives
get the latest from
New Visions
Sign up for our newsletter
POPULAR AT PATHEOS New Visions
1 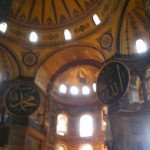 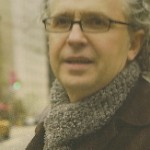